We drive Porsche’s new flagship SUV, the Cayenne Turbo S E-Hybrid, to see if it’s the pick of the range 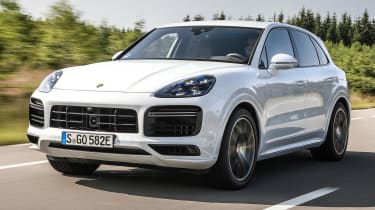 For many years, the Porsche Cayenne had the performance SUV market basically to itself, but now it faces competition both from within the Volkswagen Group and from other fast SUVs. In recent years, the Bentley Bentayga and Lamborghini Urus have both offered high-performance alternatives to the Cayenne, and it now has to face the Maserati Levante, Rolls-Royce Cullinan and the upcoming Aston Martin DBX.

The Porsche Cayenne Turbo S E-Hybrid looks to redress the balance and, with 671bhp at its disposal it’s more powerful than any of its rivals. Using the same powertrain as the Porsche Panamera Turbo S E-Hybrid, it features a 4.0-litre V8 engine with 542bhp as its main source of power (which is shared with the Urus). Combining with this is a 14.1kWh battery and an electric motor, which produces another 134bhp.

Consequently, this 2.5-tonne SUV manages the 0-62mph sprint in just 3.8 seconds and a top speed of 183mph - beating some Porsche 911 models. Or, when driving at a more sedate pace, up to 25 miles of electric-only driving. The Cayenne Turbo S E-Hybrid starts off in its E-Power electric mode as its default setting, and can carry on to 84mph without requiring the petrol engine. At this speed, your electric range will decrease rapidly, though. 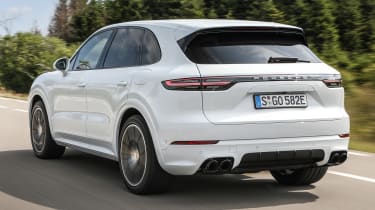 We tested a prototype of the range-topping Cayenne on the German autobahns - including some of the sections without speed limits. Using only the electric motor, it wasn’t as quiet as we’d have liked - the Cayenne’s sheer size means there’s plenty of wind and road noise. With the powerful engine running, the Cayenne Turbo S E-Hybrid was in its element seeing off long-distance with ease.

In Sport Plus mode, the acceleration is astonishing regardless of the gear you’re in or the number of revs you’re using. Even above 150mph, the car keeps pushing onwards with almost the same intensity, although at this speed the V8 engine is doing a majority of the work with minimal input from the electric motor.

Porsche offers a PDK dual-clutch automatic gearbox across its range, but here the Cayenne gets an eight-speed automatic gearbox, which isn’t as precise or immediate as the PDK unit but is well matched to the hybrid electric powertrain. Speed and noise are well taken care of but, despite air suspension and an electrically assisted anti-roll system, Porsche hasn’t been able to hide the Cayenne’s sizeable bulk.

It doesn’t ride as nicely as the standard car, and it’s not quite as good to drive either. Through corners, the extra weight makes itself known, so most drivers won’t be confident in taking bends at high speed. At least it has its positives in town, as the electric running means it qualifies for the central London Ultra Low Emission Zone (ULEZ).

Due to the onboard battery mounted in the floor, available boot space is reduced by around 100 litres in both the standard SUV and Coupe SUV models, with the former getting 645 litres and the latter 500 litres. The Coupe focuses on style rather than outright practicality, and costs around £2,500 more than the SUV. 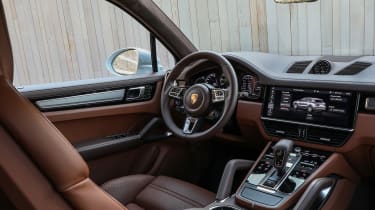 The Cayenne range starts at under £60,000 but, despite being more than double the price, the Cayenne Turbo S E-Hybrid’s interior feels worth the additional premium. Quality, as you’d expect, is top-drawer, as is the driving position and the swish touchscreen. One criticism of the dashboard is that there are too many buttons to distract you when driving, a gripe shared with the standard car.

While certainly unnecessary, we’re sure that Porsche won’t struggle to find buyers for its range-topping, six-figure Cayenne. The impressive numbers will attract customers, and these buyers won’t care that the SUV isn’t pin-sharp to drive. It’ll be a tempting proposition for inner-city drivers, thanks to its low emissions and electric-only running, but we think the Cayenne Turbo S E-Hybrid should live up to the Porsche badge more to earn its price tag. Keen drivers should look at other Cayenne versions.

Do you want to know more about the Porsche Cayenne range? Read our reviews of the Cayenne SUV and Cayenne Coupe SUV for all of the details. 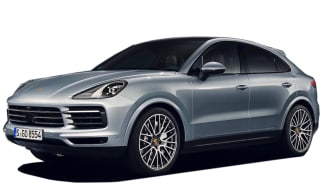 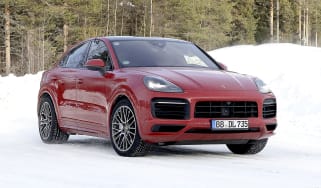