The third-generation Ford Kuga is now on sale, but how does it compare to its predecessor? 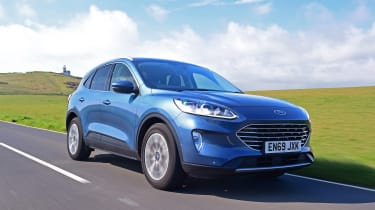 The Ford Kuga is one of the most popular family SUVs on sale and Ford will be hoping the latest version continues that success. The new model is more than just a light refresh of the old one; it features all-new styling, a wider choice of engines, including a hybrid model for the first time, lots of tech and a big boot.

Ford doesn’t sell a seven-seat SUV in the UK and, seeing as the Ford Edge is no longer offered, the Kuga is now at the top of Ford’s SUV line-up. It still has plenty of competition in the family SUV class, however - you might also be considering a huge range of cars including the Peugeot 3008, SEAT Ateca, Renault Kadjar and Hyundai Tucson.

We compare the latest Kuga with its predecessor to help you decide whether it’s worth paying the extra for a brand new one or if you’re better off searching the pre-registered, nearly-new and used markets for an example of the old car. 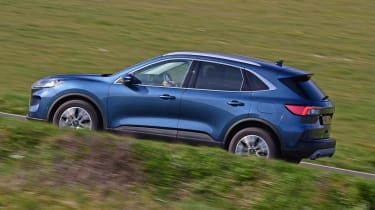 You’ll make up your own mind about which version of the Kuga you prefer but the new model draws more heavily on the Ford Focus for inspiration - most explicitly in its wide new grille. The striking design of the last model was quickly diluted by its familiarity, so time will tell if the smart new model will suffer the same fate. Compared to the last model, we think the bonnet looks a bit long on the new car, but otherwise it looks fresh and modern.

As before, most specs of the Kuga get subtly different looks. For example, Titanium boasts a fair bit of chrome trim, ST-Line gets blacked-out exterior trim and a sportier look, and the Vignale model aims to look more upmarket with exclusive styling touches.

The old Kuga was first launched in 2012 and came with a very similar interior to the Mk3 Focus. The facelift improved things with an eight-inch touchscreen (on all but base-spec Zetec), but it still looked incredibly dated compared with newer rivals like the Mazda CX-5 and Skoda Karoq. There seemed to be buttons everywhere you looked and too many scratchy plastics. 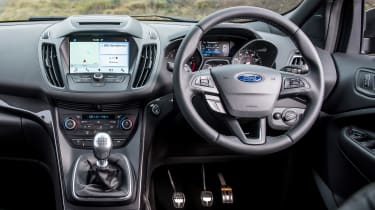 Once again, the Kuga’s interior is mostly shared with the latest Focus so, while it’s still not the last word in exciting design, it is at least modern and up-to-date. There are more tactile materials covering the areas you’ll use most often, too. All cars now get the touchscreen with sat nav, Apple CarPlay, Android Auto and voice control, and Zetec now includes a wider range of tech, including wireless phone charging and keyless start. Titanium, set to be popular, adds luxuries like LED headlights and dual-zone climate control.

The previous Kuga didn’t really live up to the driving experience we’ve come to expect of Fords but the company has rectified that for the newest model. It’s now one of the better SUVs for keen drivers, alongside the Ateca and CX-5. Although the engine range is mostly the same as on the old car, the lower-powered models are noticeably quicker than before, and more powerful engines give decent performance. We’d recommend going for an engine with at least 148bhp, as the entry-level engines feel a bit weedy in such a big car. 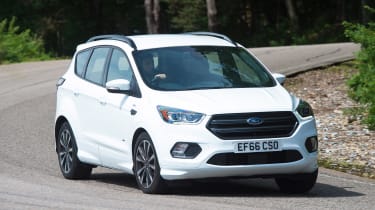 Fuel economy is better, too, as most of the diesel engines can return as much as 55mpg. Compare the 148bhp 2.0-litre diesel (now with mild-hybrid tech fitted) to the previous car, and you’ll manage over 10mpg more in the new car. It’s a similar story in petrol models; you should see around 42mpg instead of 35mpg. The new Kuga also gets a plug-in hybrid (PHEV) variant for the first time; it can manage up to 35 miles of electric driving, and Ford says it’ll return up to 201.8mpg - although this very much depends on how often you charge the car and how long your journeys are.

The Kuga has never offered seven seats but that’s true of many of its closest rivals. Instead, the Kuga is a spacious five-seater with a big boot. The last car’s 456-litre boot was pretty good, and folding the rear seats gave you a cavernous, flat cargo space. Interestingly, the 1,653-litre capacity with the seats down is over 100 litres more in the new car. 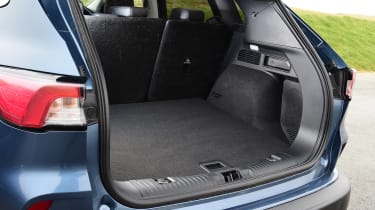 However, you’ll probably not notice the difference, and with the rear seats in place the new car has a much bigger boot than before. The rear seats now slide fore and aft, and the Kuga offers between 475 and 526 litres of space depending on where the seats are. You’ll have a slightly reduced capacity in the plug-in hybrid model but the batteries don’t eat into the boot space as much as in some other hybrids. Towing capacity has improved, and even the PHEV is capable of towing.

There are no concerns about safety in the new Kuga or in the old one, as both were given a five-star rating by Euro NCAP. The test has got much stricter since the second-generation Kuga was tested in 2012, so the new model will be even safer. Adult and child protection is broadly similar as it was before but pedestrian protection is greatly improved. 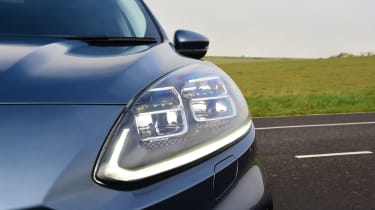 The list of safety equipment is much more extensive on the latest model - as it needs to be to pass the latest safety tests. Lane-keeping assist, auto emergency braking, hill-hold assist and intelligent speed recognition are all included (most was optional on the previous car), and you can add a Driver Assistance pack with even more kit.

Besides purely subjective factors such as the styling, it’s clear that most aspects of the new Kuga are improvements on the old one. If you’re deciding whether to buy a brand-new Kuga or a pre-registered example of the last generation, we’d recommend going for a new model if you can afford it. It’s reasonably good value on a PCP finance deal, and we’d only choose the old car if there was an amazing deal that was too good to turn down.

See where the last Ford Kuga sits on our list of the best used SUVs to buy.