These three small SUVs are fashionable and affordable but which one is best?

Since the SUV trend swept the globe, buyers have deserted traditional saloons and estates for high-riding models. To a slightly lesser extent, the same has happened with small SUVs like the Toyota Yaris Cross, Ford Puma and Renault Captur, which are often now more popular than the superminis on which they're based. 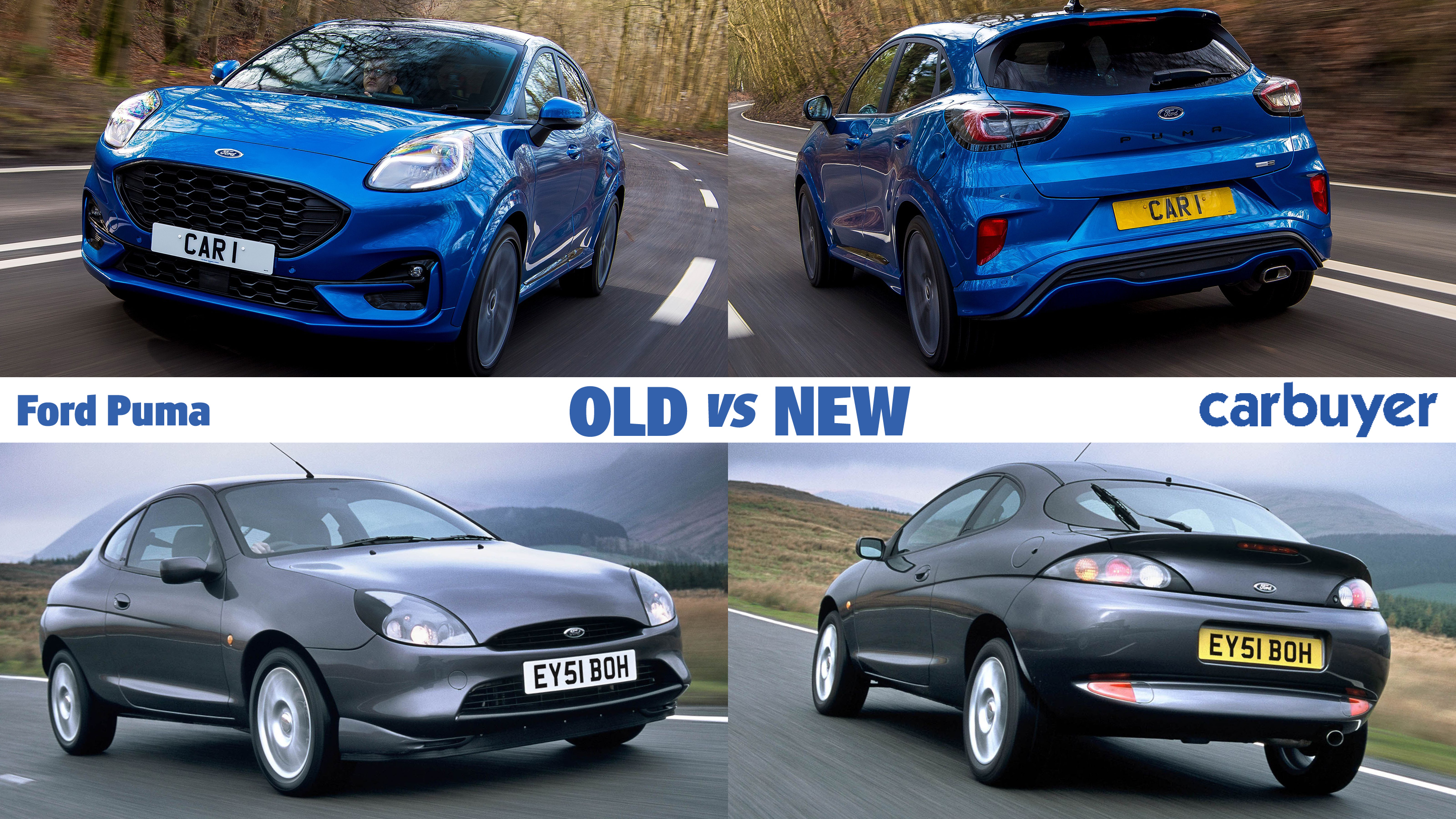 These three models are very similar in size, performance and price, costing from just over £20,000. The Toyota is only offered as a hybrid, whereas the Ford comes with petrol engines, making it fun but more expensive to run, while the Renault has petrol, hybrid and plug-in hybrid options.

They might be close competitors in the small SUV class but there are styling differences that could see buyers pick one of these three over the others. The Renault is the most conventionally stylish, with smooth, curvy lines, large headlights and a contrasting roof on top trims.

The Yaris Cross is more angular – in fact its name could describe the expression on its face, as well as the fact it's a crossover. Even the wheel arch cladding is squared-off for a boxy look and the car has jutting rear shoulders to help it look stocky. It's a more aggressive design than the Captur, and some may also find this look appears a bit more cutting edge.

Ford's bold styling treatment and its decision to reuse the 'Puma' name were controversial when the crossover first launched but the car has proved popular. Waiting lists quickly grew for the Puma, which has a grille and headlights that look more like a laughing emoji than the Toyota's scowl.

All three models adopt the technology seen in the superminis on which they're based, namely the Toyota Yaris, Ford Fiesta and Renault Clio. In the past that may have meant a basic stereo and hard, scratchy plastics but that's no longer the case. Even today's mass-market models have impressive infotainment systems, sporty seats and soft-touch three-spoke steering wheels.

The Yaris Cross is the most conservative of the three, with some fairly conventional buttons and a climate control readout that could have been borrowed from a digital watch. The upright infotainment screen is a big upgrade from Toyota's earlier setup, however, with a large eight-inch touchscreen able to run Apple CarPlay and Android Auto.

It's a similar story inside the Puma, where the black interior is a bit sedate compared with the Ford's extrovert exterior. It has comfortable seats but you feel perched a bit too upright, with a slight stretch down to the stubby gear lever. Ford's SYNC 3 software is logical and responsive, while the digital instrument dials look more modern than those in the Yaris Cross.

Renault's designers have done another good job here, especially in top trims, which get a large portrait touchscreen dominating the dash. We also like the chunky rotary climate control dials that are both attractive and easy to use, even while wearing ski gloves in winter.

They might be small and relatively affordable but owners still expect these cars to be capable of coping with the family holiday. So how much space do they offer? You can expect enough room for four adults, with around 400 litres of boot space, making these cars roughly as practical as a Volkswagen Golf.

The hybrid setup in the Yaris Cross is a disadvantage in this department because of the extra space taken up underneath the car by its battery. It can still offer up to 397 litres of cargo room but there's a high loading lip and it's the smallest boot here. Excel trim and up also offer a powered tailgate with gesture opening.

Despite its coupe-like roof, the Puma's boot is a generous 456 litres. It has almost no loading lip to speak of and the boot floor is virtually flat with the rear seats folded down. A flexible parcel shelf is also designed to mould around taller items, so it doesn't have to be left at home. The Captur also has a neat trick in the form of a rear bench on runners, allowing it to slide by 160mm. This means there's 536 litres of space if you don't mind sacrificing rear legroom or up to 404 litres when it's slid as far back as it will go.

The Yaris Cross only comes with one hybrid powertrain. It's described as 'self-charging' because there’s no need to plug in using a charging cable. The hybrid powertrain should make it very cheap to run and maintain, with official efficiency figures of 62.2mpg and CO2 emissions from 102g/km.

The Puma gets a mild-hybrid 1.0-litre petrol engine with a small electric generator that can assist the petrol engine as you pull away but can't move the Puma along without the engine running. It's a peppy engine but it can't match the Toyota's fuel-efficiency figures, getting around 50mpg with emissions from just over 120g/km, making the Puma a more expensive choice for private and business drivers alike.

If you want a wider choice, the Captur offers petrol, hybrid or plug-in hybrid (PHEV) technology. The former offer similar figures to the Puma, while the PHEV has a larger battery pack than the Yaris Cross for even more impressive figures. It's worth noting, however, that the plug-in Captur E-Tech is more costly to buy and needs plugging into the mains or a public charger to really benefit from its potential. Do so, and it can return up to 188mpg with just 33g/km of CO2, according to Renault. That makes it a great option for company-car drivers looking to save on Benefit-in-Kind taxation. The standard Captur E-Tech hybrid (that doesn't require plugging in) isn't quite as efficient as the Yaris Cross, returning up to 56.5mpg and emitting from 113g/km of CO2.

All three SUVs can get from 0-62mph in around 10 seconds but if you're a keen driver, the Puma should shoot to the top of your list. Crisp steering, a responsive chassis and standard manual gearbox makes it the most fun of the trio to drive by some margin. Both the Yaris Cross and Captur are perfectly competent too, with the automatic gearboxes of hybrid versions making them particularly well-suited to driving in town and heavy traffic.

The Yaris Cross costs from just under £22,000, making it an attractive option for those looking for a handsome and high-tech SUV that doesn't cost much more than a new supermini. The Puma virtually matches the Cross on price, albeit with a simpler petrol engine and only mild-hybrid hardware.

Undercutting both the Toyota and Ford, the Renault Captur starts from just over £20,000, although this is for a fairly basic petrol engine with no hybrid technology at all. The hybrid Captur costs from £25,000, while the plug-in version is even more expensive, starting from £31,000. Of course, not many buyers pay cash, so a competitive leasing deal could alter the affordability of all three models.

The small SUV market is one of the most competitive there is but these three models are different enough to appeal to different crowds; the Puma is the most fun to drive, the Captur is the most practical for families and the Yaris Cross should be the cheapest to run.

Overall, we reckon the Renault Captur ticks more boxes than the Toyota or Ford, and its interior is the most flexible and stylish. It's a narrow victory, however, that's likely to come down to personal taste. If you plan to hold onto your purchase for a long time, the Toyota could wrestle victory from the Renault thanks to Toyota's 'Relax' warranty, which can last for up to 10 years, so long as you stick to manufacturer servicing. If the way a car drives is most important to you, it’s hard to look past the Puma.

Read our picks for the best small SUVs to buy now.