The Nissan Note is a safe car that should prove reliable, although it did receive less-than-perfect scores in crash testing.

The Nissan Note’s 66th place (out of 75 cars) in our 2017 Driver Power customer satisfaction survey seems less than encouraging, but can be partly explained by its relatively old design. And, while newer rivals may eclipse the Note in a number of areas, owners still have more than a few kind words to say about their cars; especially when it comes to running costs and fuel economy. Practicality was commended, too.

Carbuyer readers who've owned the Note have praised the car's reliability, and though 12.7% reported at least one fault within the first year of ownership, that figure is by no means a disgrace – even when compared against newer cars from other marques. 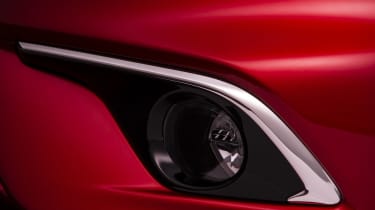 The Nissan Note was only awarded four stars (out of a possible five) when it was crash-tested by Euro NCAP. It scored 86% for adult occupant protection, 82% for child protection and 58% for pedestrian protection. Rivals scored better here, with the full five stars being awarded to the Kia Venga, Ford Fiesta, Honda Jazz and Hyundai ix20.

Nonetheless, the Note comes with a substantial amount of safety technology. Six airbags, electronic stability control, remote central locking and a seatbelt reminder buzzer are all standard. All Notes except Visia models get front foglamps, too.

As an option, buyers could also equip their Note with the Nissan Safety Shield, which includes a 360-degree camera to help with parking. It also adds lane- departure warning (to keep you within the white lines when cruising on the motorway), blind-spot assistance (which kicks in when you indicate to change lanes and there’s traffic in your blind spot) and moving object detection. Safety Shield comes as standard on the Tekna and is well worth seeking on other models.