Unlike older Peugeots, the Peugeot 2008 benefits from excellent reliability, and safety is top-notch, too

Peugeot hasn’t always had the best reputation for reliability, but the Peugeot 2008 is one of the cars that seems to be putting paid to that. Not only is it well built and classy inside, but it has also performed well in our Driver Power customer satisfaction survey. It doesn’t skimp on safety gear, either.

The 2008 finished 31st out of 75 cars in our 2018 Driver Power owner satisfaction survey. Remarkably, not a single participant in our survey reported any faults in the first year of ownership.

Another category in which the 2008 excelled is in its low running costs, which were among the most highly rated of all the cars in its class. The exterior styling is also very well regarded by its owners. 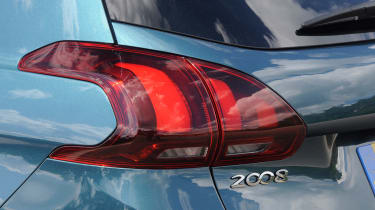 The interior’s upmarket finish and good build quality set the 2008 apart from Peugeots of old, as well as making it more attractive than a lot of rival small SUVs, at least inside. This is particularly apparent in some of the higher-end trim levels such as Allure and GT Line.

The 2008 doesn’t disappoint for safety, either, with a five-star score in the Euro NCAP crash test. Every version has six airbags, hazard lights that activate when you hit the brakes hard, tyre-pressure sensors and a space-saver spare wheel.

ISOFIX child-seat mounting points are fitted to the two outer rear seats and the back doors are fitted with child safety locks. Rear parking sensors are standard on Allure and GT Line models and an option on Active trim. There’s also a visibility pack, which includes automatic headlights and wipers and an auto-dimming rear-view mirror. This comes as standard with the Allure model upwards and is a £180 option with Active trim.