Overall build quality is solid, although the five-star safety rating may be a bit out of date now

The Vauxhall Insignia Sports Tourer is a very well sorted when it comes to overall fit and finish. The interior has a very upmarket look and feel, it’s regarded fairly highly by owners and there hasn’t been a major reliability issue with the car so far.

Our only noteworthy criticism regards the Insignia Sports Tourer’s safety rating. Whilst there’s little to complain about in terms of equipment and features, it’s worth pointing out the Insignia hasn’t been rated by Euro NCAP since 2009. However, as it was awarded five stars back then, the Vauxhall should still be pretty safe overall.

Buyers of new or used Vauxhall Insignias will be pleased to know the car has had a very impressive reliability record, with no major problems being reported for any model in the range and no recalls issued at the time of writing. Overall build quality appears to be pretty solid on the Insignia Sports Tourer, with the interior in particular feeling well made using good-quality materials. The upmarket feel is enhanced on higher spec Sports Tourers, which come with more leather upholstery the than entry-level and mid-range versions. 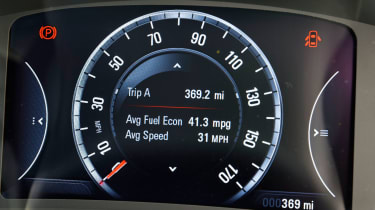 The Insignia didn’t do brilliantly in our Driver Power 2014 owner satisfaction survey, ranking 112th out of the top 150 cars on sale and receiving an 85% satisfaction score. Vauxhall released a pretty big update for the Insignia range in late 2013, which (among other things) brought slight changes to the exterior styling, a revised centre console layout and tweaks to the available engines.

Though Euro NCAP hasn’t yet crash-tested the Insignia Sports Tourer, it has evaluated the regular Insignia, so it’s expected that car’s good adult and child protection ratings (94% and 79% respectively) are shared by the estate version.

However, it’s worth pointing out that the Insignia hasn’t been tested by Euro NCAP since 2009, so the five-star award given to the Insignia back then doesn’t mean quite the same as the identical star rating given to the BMW 3 Series in 2012.

On the plus side, the Insignia Sports Tourer does come with a decent amount of safety equipment as standard, such as traction control, six airbags, a tyre-pressure monitoring system and advanced stability control. Buyers can also specify lane-departure and forward-collision warning systems as optional extras.