The SEAT Ibiza benefits from the latest structural and mechanical componentry, so it should be safe and reliable 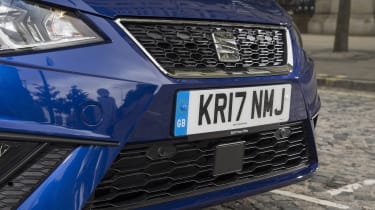 Because the SEAT Ibiza shares so many parts with other VW Group cars, everything's tried and tested and therefore it should be reliable. Safety is no concern, either, as the Ibiza boasts a full five-star Euro NCAP score.

It’s fair to say that, towards the end of its life, the previous Ibiza was falling behind the pace when it came to owner satisfaction. In our 2017 Driver Power survey, only its infotainment and connectivity systems came in for particular praise, and it failed to appear in lists of the top new cars since (perhaps due to too few respondents).

We’d like to think that the latest model will be mostly trouble-free – it certainly feels as if SEAT has made considerable progress when it comes to build quality – it feels very well screwed together, and shrugs off bumps in the road effectively. As a brand, SEAT came 14th out of 30 manufacturers - above its Volkswagen and Audi stablemates - and a near-average proportion of owners reported faults in the first year. 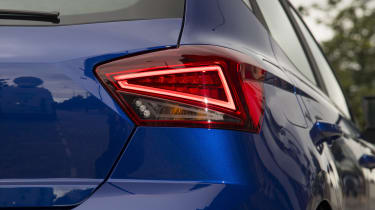 Safety regulations mean all Ibizas come with electronic stability control, ISOFIX child seat points and a tyre pressure monitoring system, but SEAT has gone beyond fitting just mandatory systems, as all Ibizas come with Front Assist. This is a proprietary name for autonomous emergency braking (AEB), which means the Ibiza uses radars to scan for potential obstacles and pedestrians, warning the driver if one is spotted, and applying the brakes if no action is taken to avoid it. Safety experts reckon AEB reduces rear-end collisions by as much as 38%, so the fact the Ibiza gets it as standard is reassuring.

Higher-spec trims also include a fatigue warning system that encourages a break if symptoms of tiredness are detected, and active cruise control, which can match your car’s speed to traffic ahead.

This equipment contributed towards the Ibiza's impressive five-star Euro NCAP crash-test result, while its 95% score in the adult occupant protection category shows what a strong little car it is.