Skoda Fabia vs VW Polo vs SEAT Ibiza: which should you buy?

Superminis are one of the most popular types of car in the UK, so buyers are spoilt for choice. Three of the most popular are the Skoda Fabia, Volkswagen Polo and SEAT Ibiza, all of which are closely related - not only are they built on the same basic platform, they also have the same engines.

Even some interior trim is identical, and you’ll find similarities in many other places as well. That means it can be confusing working out which one of them is best for you. Some people will tell you that they are all the same, simply because they have a lot in common, but dig a little deeper and you’ll discover there are key differences.

In this article we’ll take a closer look at the three models and what’s different about them. They are also joined by rivals from other car makers that are even more different, including the popular Ford Fiesta, Renault Clio, Peugeot 208, Vauxhall Corsa and Hyundai i20.

All of these superminis are small hatchbacks that bring a good amount of practicality at a lower price and with minimal running costs. Yet they also have lots of modern tech and an enjoyable driving experience, meaning you shouldn’t feel shortchanged if you’re downsizing.

None of these models are as fun to drive as a Ford Fiesta, but they aren’t far off and are all very comfortable. The Skoda Fabia is the most relaxing of the bunch, although there really isn’t too much difference between the three cars - they are all smooth over bumps and nice and quiet on the motorway.

In terms of driving fun, the SEAT Ibiza is the top pick. It’s sharper in corners than the VW Polo or Skoda Fabia. The Polo is available with a 2.0-litre engine and over 200bhp in GTI form, but while this car is fast, for many its small increase in driver engagement won’t justify the higher price and more expensive running costs. For many Ibiza is a better blend of fun and low running costs. 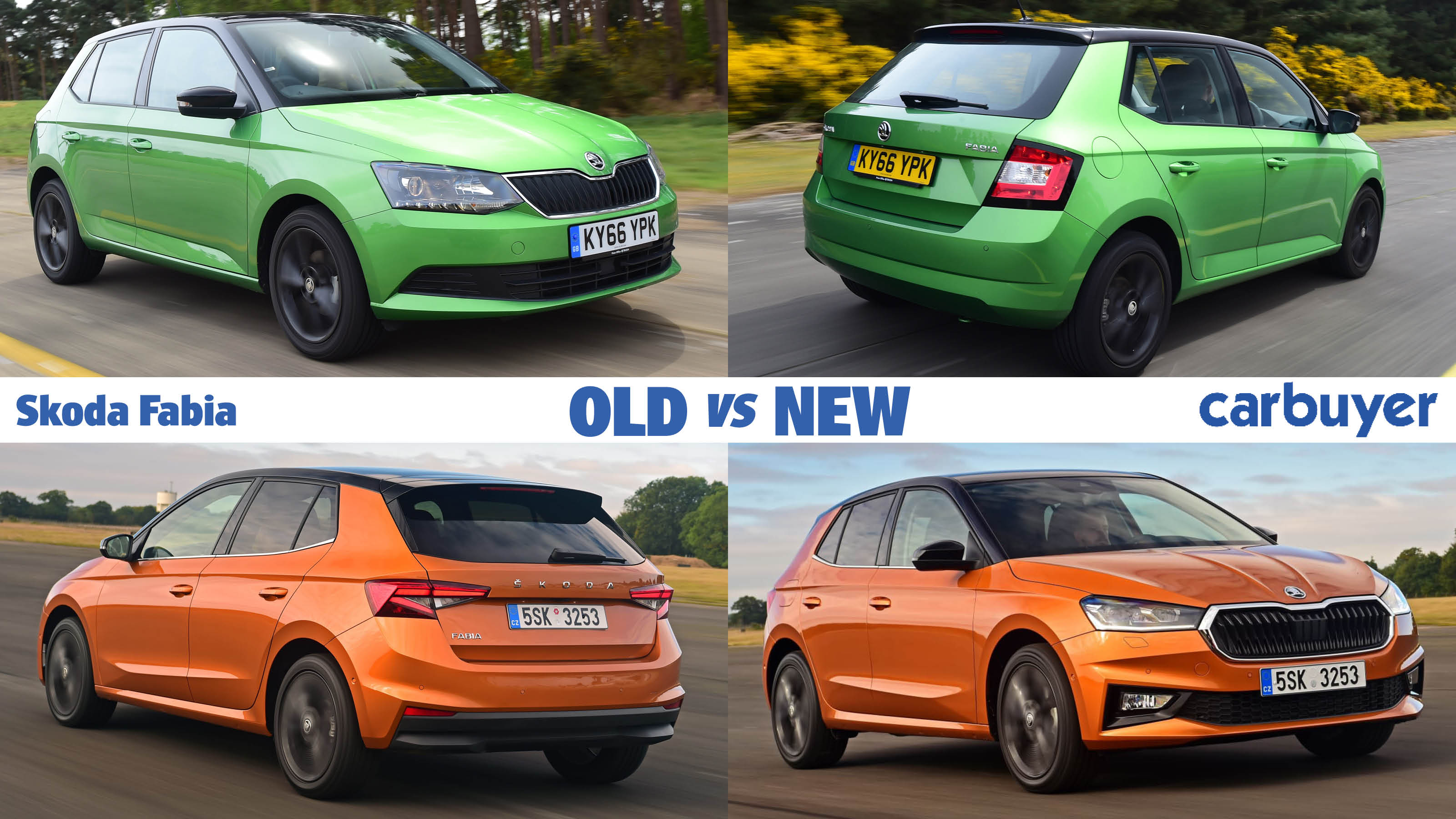 Since all three cars have an incredibly similar engine range, there’s really nothing in it when it comes to performance. The 1.0-litre petrol engines are available from around 70bhp to 110bhp, with more powerful versions gaining a turbocharger for a useful boost in performance. They’re more expensive to insure, but our top pick in each model is the turbocharged 94bhp version, which is fun but frugal.

There are also some versions with a 1.5-litre petrol engine and automatic gearbox, but unless you spend a lot of time driving in town, this transmission doesn’t suit these small cars as well as the pleasant and fun-to-use manual. The larger engine is reserved for range-topping trim levels, and we feel the best value is to be had with the 1.0-litre petrol engines.

Which is the cheapest to run?

All three cars have the same engines, and weigh a similar amount, so will cost largely the same in fuel. There’s also very little in it for road tax and servicing. Ultimately, you’ll not be paying out much to run one over the other.

However, that’s not to say you can’t make savings by shopping around a bit. The VW Polo tends to have the strongest residuals, so it will be worth more secondhand. That means if you’re buying on finance, the Polo is likely to be available with the most attractive monthly repayments. The Skoda Fabia on the other hand costs the least to buy outright, while the SEAT Ibiza can cost a little more but is well-equipped. Ultimately, it’s down to how much you’re willing to pay for the same equipment in one car over the other, so a little maths could be required when looking into the available deals.

Expect roughly 50mpg from the 1.0-litre petrol engines if you do a mix of driving and are careful with the throttle, as the official figures for all three cars show that they’re capable of somewhere close to the 50mpg mark. The more powerful engines are a little less efficient, and the least powerful non-turbo versions are the best for fuel.

There used to be a diesel version of the Polo, but this has been recently discontinued and is now only available as a used car.

There are many similarities with these three models when you climb inside. Much of the switchgear is identical, including many buttons and switches. Move the gear level and you’ll feel that they have an identical gearbox, while the seats are all as comfortable as each other, which is a good thing.

There are differences, however. The SEAT has a more sporty look, while the Volkswagen has a more upmarket feel and the Fabia is extremely functional. Which one you prefer is really up to you, as in terms of material and build quality there is essentially no difference at all. The way to choose which model has the best interior is for you to have a look and decide for yourself.

In general, the Skoda comes with the most standard equipment and space for the money so, if you have a tighter budget, it may be the best option. All three are packed with tech, though, and you can get a 9.2-inch media screen that’s packed with features. Even basic models have features such as smartphone mirroring so you don’t need to choose a model with sat-nav to get access to a navigation system as you can beam it to the car from your own device.

All three of these superminis are practical. There’s lots of space for the drive and front seat passenger, plus a good amount of handy storage, including a place for your phone ahead of the gear lever (with USB ports for linking up to the media system) and deep door bins.

There’s a bit of a difference when it comes to the back seats and boot, though. The Fabia is the largest of the three, and that means it’s the most practical as well. The back seats are spacious for a small car like this and even adults can sit in comfort. The SEAT and VW have just as much legroom, but their lower rooflines mean taller occupants will feel a little cramped.

The Skoda has the biggest boot, with 380 litres of space with the rear seats up, compared to the SEAT’s 355-litres and the Volkswagen’s 351-litres. All are among the more spacious superminis you can buy, but the Skoda is in another league - it has the same boot space as the Volkswagen Golf, a car considered in the car world to be one size larger. You can also get the Fabia as an estate with a vast 530-litre boot.

There really isn’t a wrong answer here, as all three superminis are excellent cars. What you value in a car most will be the factor in deciding between them.

The Skoda Fabia is the car to choose if you want to get the best value for money and want a practical and comfortable car. It’s the roomiest of the three and the most affordable, so it’s probably the most appealing choice if you want something spacious and sensible.

The SEAT Ibiza is slightly more fun to drive and sharper looks than the Skoda, so it’s an option if you are more into style and live near some twisty roads. It’s not much different when it comes to comfort, and it’s better value than the VW Polo as well.

The Volkswagen Polo is a classy option that will appeal to people who want an upmarket-looking car that’s not too big. It’s still really practical and good to drive but isn’t quite as spacious as the Skoda nor as fun as the SEAT, so strong residuals aside it’s perhaps the hardest to recommend for pragmatic buyers.