An increasingly common feature on modern cars, overboost can provide extra power from a turbocharged engine when needed 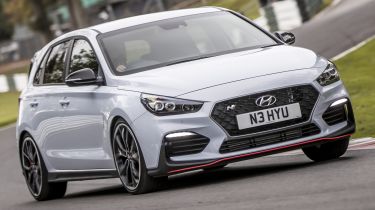 You might have read about ‘overboost’ in car brochures and reviews in relation to cars fitted with turbocharged engines and wondered exactly what it was.

Overboost is likely to become increasingly common as more and more cars are offered with smaller turbocharged engines in order to meet emissions legislation. The overboost function allows the engine’s turbocharger to force more air into the engine for short periods, producing a boost of extra power. It’s activated automatically when the car’s computer detects the correct parameters and provides increased performance, but only for a few seconds in order to avoid excessive engine wear.

The move towards smaller engines fitted with turbochargers has come about as a result of car manufacturers seeking to increase fuel economy and lower emissions from their engines without sacrificing power.

Turbochargers work by forcing extra air inside the cylinders of an engine so that more fuel can be burnt than would otherwise be possible, which generates more power. Since turbochargers are powered by exhaust gases from the engine, rather than fuel, and are usually used to make smaller, lighter engines more powerful, their application normally results in improved efficiency compared with a non-turbocharged engine producing the same power.

Turbocharging has downsides as well as benefits. One of them is that forcing air into the engine raises the pressure and temperature inside of it, which puts more stress on the engine’s components. Engineers have to take this into account when deciding exactly how much air the turbocharger should force into the engine at once; too much and the engine is likely to wear unacceptably quickly, or even fail completely. Too little pressure and you miss out on power that the turbocharger and engine have the potential to produce together.

Building an overboost feature into a turbocharged car is a compromise between protecting the engine and maximising its power output. Overboost is when the turbocharger runs at a higher pressure (forces more air into the engine) than would be sustainable on a constant basis. The duration of overboost is usually limited to 10-20 seconds and the result is a power gain of around 10%, on average, for that period of time.

Drivers do not control overboost manually, it happens automatically when the car is in a certain gear at certain revs and the throttle is fully open. Because the power is not constantly available, overboost also has the advantage of providing extra power in particular scenarios, such as overtaking and exiting corners, without increasing a car’s official emissions or insurance rating.

The turbocharged 2.0-litre petrol engine in the Volkswagen Golf GTI Clubsport, for example, has an overboost feature that raises the engine’s power output to 286bhp from 261bhp for up to 10 seconds. The outgoing Ford Fiesta ST officially has 180bhp but overboost can push power to 197bhp. The engine in the current Ford Focus RS and Hyundai i30 N also feature overboost.

And it’s not just performance cars that can benefit from the overboost function. The new range-topping Volkswagen Amarok Aventura has a 255bhp 3.0-litre turbocharged diesel engine that is capable of 268bhp thanks to overboost.