“The Volkswagen CC is, in essence, a renamed and restyled Volkswagen Passat CC, meaning it’s a luxurious, stylish and comfortable four-door coupe.”

The Volkswagen CC is a strikingly shaped four-door coupe that shares underpinnings with the Volkswagen Passat saloon. It combines sensible, economical engines with a touch of extra style.

No longer in production, it has been replaced by the Volkswagen Arteon which we've reviewed separately.

Like the Arteon, the Volkswagen CC was designed to attract customers away from the Audi A5 Sportback and BMW 4 Series Gran Coupe, while also acting as a stylish and temptingly priced alternative to the Audi A4 saloon and BMW 3 Series.

Volkswagen put some effort into keeping the CC up to date: on its final update, it was given the brand’s latest corporate look, with sharp headlamps and a very distinctive front grille. Originally named ‘Passat CC’, the car was later rebranded to simply ‘CC’ in order to distance it from its less glamorous sister mode. 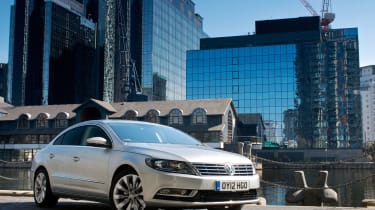 The CC came with a choice of three engines, of which only one was petrol. This is the 1.4-litre TSI as seen in the Volkswagen Golf and SEAT Leon and with 148bhp it’s powerful and a strong performer. As petrol engines in larger cars go, it’s pretty economical, too, returning 49.6mpg. More popular, though, were the two 2.0-litre diesel engines of 148 and 181bhp – returning 62.8 and 55.4mpg respectively.

All three models benefit from Volkswagen’s BlueMotion technology – a package of measures that improve fuel efficiency and reduce running costs, extending to the aerodynamics of the car as well as the engine itself. Buyers could choose a six-speed manual or a dual-clutch DSG automatic. This has six speeds with the diesel engines, or seven with the petrol.

There were five specification levels to choose from, too. The entry-level is named simply CC; it was the only model available with the petrol engine and couldn’t be paired with the most powerful diesel, either. It’s well equipped, though, with sat nav, Bluetooth phone connection and climate-control air conditioning. Ambient interior lighting creates a pleasant environment for passengers, and the driver is looked after with a power-adjustable seat, rain-sensing wipers and automatic headlamps. The CC gains extra style and equipment as you progress through the GT, GT Black Edition, R-Line and R-Line Black Edition models, where the gruntier 181bhp diesel also became available.

You may draw peace of mind from the fact that the CC is based on proven technology, however the Passat model it’s based on was discontinued some time ago. It was always a good car, though, and a safe one, having received a five-star crash-test rating when it was evaluated independently by Euro NCAP. We’d expect the CC to perform similarly.

You might have thought the CC would be a triumph of cosmetics over competence, but in fact it was quite a no-nonsense proposition: for daily use it only really loses out on a bit of rear-seat headroom and some boot space compared to the regular Passat. However, it’s more cosseting to the driver and has more driveway appeal.

Great looking and able to cover long motorway journeys with comfort and economy, the VW CC is a very tempting secondhand alternative to the premium German competition.

Take a look at the best and most memorable special edition cars
Volkswagen Arteon: prices, specs and release date 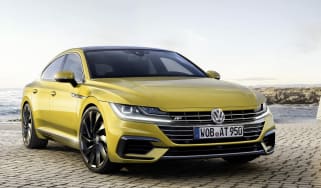 VW’s sleek five-door coupe is priced from £34,305; Arteon will be offered with two trims and three engines from launch
Volkswagen Passat 2015: price, release date, and specs 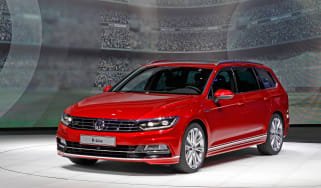 Prices for the new Volkswagen Passat start at £22,215
Skoda VisionC to be unveiled in Geneva 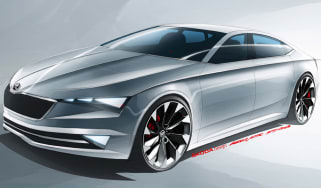 Skoda VisionC to be unveiled in Geneva

"With its sleek, rakish design, the four-door Passat CC sets a new standard of desirability for VW’s family car."
Skip to ContentSkip to Footer