"The V12 Vantage is one of the most exciting Aston Martins ever made."

The Aston Martin V12 Vantage puts the British firm's biggest engine into its smallest sports car – and the result is spectacular. Aggressive-looking front and rear bumpers, different wheels and carbon-fibre air vents give this car a meaner look than the standard V8 Vantage, while the hand-built V12 engine promises stunning performance. The V12 Vantage was upgraded in 2014, gaining an extra 55bhp in the process, and since then has been known as the V12 Vantage S.

It handles well, but is physically demanding to drive, requiring firm inputs to the steering wheel, pedals and gearlever. Like the V8 model, the V12 isn’t quite as precise as a Porsche 911 GT3, but it makes up for that with the kind of exclusivity and British-built charm the German car just can’t match. While the seven-speed automatic gearbox is a popular choice, the V12 Vantage S is also available with a manual gearbox – something of a rarity in this class of car and an option bound to appeal to the keen driver.

Those after wind-in-the-hair thrills should consider the V12 Vantage S Roadster convertible, which is about £10,000 more expensive than the coupe. While the Roadster isn’t quite as good to drive as the coupe, for those lucky enough to be able to afford one, a convertible V12-engined Aston Martin holds its own unique charm.

A car as exclusive and fast as this will never be cheap to run, so brace yourself for high fuel, repair and servicing costs. A 10,000-mile service will cost around £800, while fuel economy of 19.2mpg means regular stops at the pumps. CO2 emissions are high enough to put the car in the top tax bracket for an annual bill of £515. The good news is that Aston Martins are always in demand on the used market and so hold their value well – particularly the highly desirable V12 Vantage.

Powered by the 6.0-litre V12 engine that debuted in the Aston Martin DBS, the V12 Vantage S is a proper driver’s car, doing 0-62mph in 3.9 seconds and hitting a top speed of 195mph thanks to its 565bhp. Power delivery is smooth, with slick gearchanges from the manual gearbox making the slightly jerky automatic seem less appealing. The steering is weighty, but the suspension is firm, while the carbon-ceramic brakes offer exceptional stopping power. A Sport button in front of the gearlever sharpens throttle response and makes it even louder.

Those seeking an even more involving driving experience should go for the seven-speed manual option. This slick-shifting gearbox provides a genuine sense of connection between you and the engine. Very few cars like this are available with a manual gearbox any more, even as an option, making the Aston even more special.

True driving enthusiasts (who are likely to make up the majority of V12 Vantage S customers) will also be pleased to hear the manual is what’s known as a ‘dog-leg’ gearbox, meaning first gear is found to the back and left, where you’d normally expect to find second. This racing-inspired setup takes a little getting used to, but it makes changing between the other six gears far easier, as first gear (which you don’t really need once on the move) is tucked away in its own corner, freeing up space for the remaining speeds.

Sports cars always have to compromise when it comes to comfort and the V12 Vantage feels firm on poor surfaces, but it's surprisingly settled over longer distances compared to rivals. As with all Astons, just sitting in the luxurious interior is an experience, with an Alcantara-clad steering wheel and supportive seats providing a comfortable experience on longer trips. The V12 Vantage S is certainly luxurious and uses top-end materials, but there’s no escaping the fact that deep down, this is an 11-year-old car. Things have moved on since the Vantage was launched, and while it’s undoubtedly a lovely place to sit, rivals like the Porsche 911, Audi R8 and Mercedes-AMG GT offer a far more modern and appealing dashboard.

You can order your own customised luggage

This Aston is strictly for two people, but there's a useful storage area behind the seats. A hatchback rear door means the 300-litre boot is easily accessible and there's enough space for a couple of reasonably sized suitcases. You can even order a set of fully customised luggage from the factory. Although the interior is uncluttered and beautifully laid-out, the Volvo-derived sat nav proves unreliable and tricky to use, spoiling an otherwise flawless cabin design. From 2017, the V12 Vantage S gets Aston Martin’s latest AMi III infotainment system, which promises to be much smoother and fully featured.

The V12 Vantage is hand-made

Like its main rival the Porsche 911, the Aston Martin V12 Vantage is exceptionally well built and benefits from being driven regularly. It's hand-made at Aston Martin’s Gaydon factory in Warwickshire and only the outdated Volvo-derived sat-nav disappoints. A set of tyres should last for around 20,000 miles and a clutch should last for 40,000 miles without needing to be replaced. For such a high-performance machine, the V12 Vantage offers a reliable ownership experience.

The Aston Martin V12 Vantage S has a list price closing on £150,000. There's lots of luxury kit as standard, including hand-stitched leather upholstery, a racy Alcantara-trimmed steering wheel, hand-finished carbon-fibre and aluminium trim and a premium stereo with MP3 and iPod connectivity. For those with deeper pockets, the car can be personalised even further at the Gaydon head office, with lightweight bucket seats and individually tailored paint options available. The Sports Plus Pack – which adds upgraded alloy wheels and some sporty styling upgrades – is likely to be a popular option. 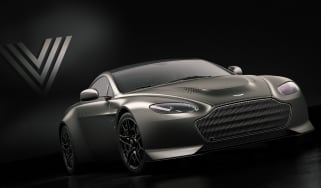 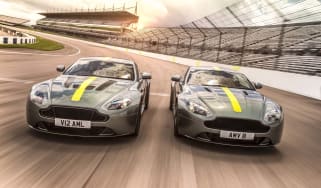 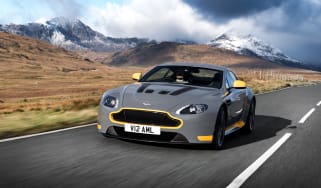 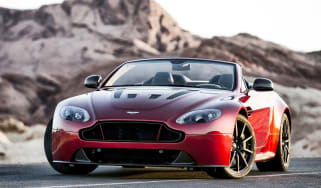