The Audi Q2 has an excellent safety rating 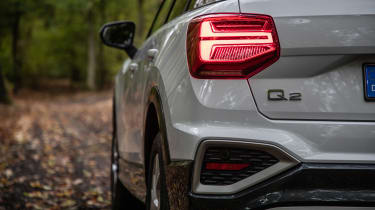 The Audi Q2 benefits from the latest in safety technology, which helped it score the full five stars in its Euro NCAP crash tests. Reliability is more of a mixed bag: while the A3 (which shares many components with the Q2) is rated well by its owners, Audi as a brand has a middling reputation for customer satisfaction.

As regards for reliability, the Q2's engines and mechanicals are tried and tested.In our 2020 Driver Power satisfaction survey, owners told us they’re generally impressed by their cars, praising the infotainment system and overall reliability, resulting in the Q2 finishing 52nd in the best cars to own out of 75. Around 10% of Q2 owners who took part in our survey reported a fault in the first year of ownership.

In our manufacturer results, Audi came in 20th out of 30 car makers. Some 20% of all owners reported a fault within the first year of ownership. Other gripes include ownership costs with servicing and insurance proving to be expensive. 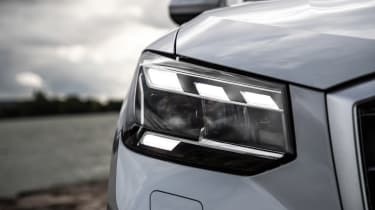 The Q2's Euro NCAP safety scores are impressive. Its five stars obviously grab the headlines, but drilling down into the individual scores reveals an impressive 93% adult occupant rating, an 86% child rating and a 70% score for pedestrian protection.

All cars come with Audi’s Pre Sense system, which features autonomous emergency braking (which automatically stops the car if it senses an obstacle you haven’t taken action to avoid) as well as seatbelt pretensioners. The system can also automatically flash the hazard warning lights and close the windows, depending on the scenario. Other, optional safety equipment includes adaptive cruise control (which matches the speed of the car in front), a lane-departure warning system and traffic-sign recognition.