Second-hand city cars are cheap to buy, cheap to run and easy to live with. We list the ones you should consider

City cars pack a lot into their compact size. They often have space for four people or for a weekend trip, and come with a lot of must-have features - both in terms of connectivity and safety.

Somewhat ironically, a city car probably isn’t the best choice for a city these days, as hybrid and electric cars are favoured above petrol models – and the smallest cars often do without this kind of expensive tech; check out our best used electric cars guide if they will better suit your needs. If you don’t need to worry about congestion or low-emission zones, city cars make a lot of sense – especially as a little runaround. 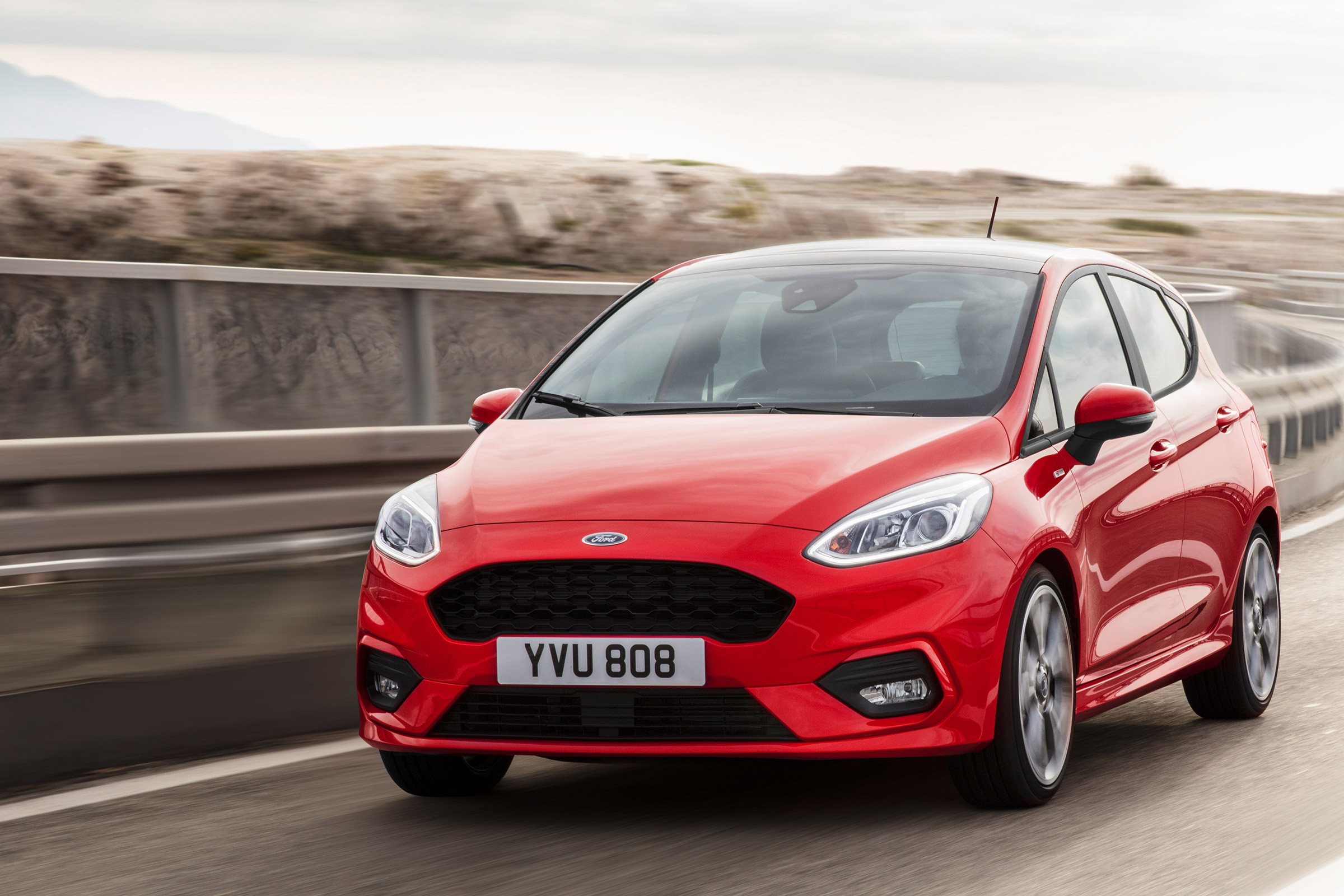 City cars are inexpensive to buy new, so they’re cheap secondhand. They’re usually affordable to run; many are capable of more than 50mpg without much effort. Buy one registered before April 2017 and it’s highly likely that road tax will be minimal, while small tyres and drum brakes are cheaper to replace than the ones fitted to larger cars. They often have simple engines meaning there’s less to go wrong; insurance is cheap too.

Most of these best used city cars are reasonably comfortable on the occasional motorway trip, so you don’t necessarily need to stay within city limits. High-spec cars also get some big-car features; some of the following models are available with cruise control, sat nav and even heated seats.

While many of the cars on this list are likely to be easy and cheap to own, the Kia Picanto gives you extra peace of mind. Kia’s seven-year/100,000-mile warranty applies even to the Picanto, and it’s transferable to subsequent owners.

But a generous aftersales package isn’t the only reason why the Picanto takes its spot here. It’s economical, smart and the engines allow you to easily keep up with traffic. Trim levels include ‘1’, ‘2’, ‘3’, GT-Line and X-Line, and from ‘3’ onwards you even get an eight-inch touchscreen with Apple CarPlay and Android Auto. Avoid the automatic gearbox unless you can’t have the manual; it makes the car slower and less economical.

The Skoda Citigo has been one of our favourite city cars since its introduction a decade ago, and it’s still one of the ones we’d recommend. It’s mechanically identical to the Volkswagen up! but is cheaper – and that extends to used Citigos too.

For most of its life the Citigo was sold with simple and economical 1.0-litre petrol engines, but later examples were fully electric. These are more expensive, but they do retain the Skoda’s star qualities.

All Citigos are surprisingly practical, with a deep boot and room for four. Plus they’re built like a more expensive car; you won’t feel like you’re in a paper box. The Citigo is even fun to drive, even with the slightly weedy 59bhp engine.

The Hyundai i10 was replaced in 2020, so, depending on your budget, you may be looking at a used example of the current model (shown here) or the previous-generation one. They look fairly similar, and both are spacious and covered by Hyundai’s warranty for up to five years.

If you’re not bothered about a touchscreen, we’d recommend saving some money and going for the older model. Top-spec cars did get one, but most models got a more basic radio. There’s more choice on the newer model, including a sporty N Line version with a sprightly 99bhp engine.

Check out used Hyundai i10 deals on BuyaCar.

The Toyota Aygo isn’t the most practical city car (it has a smaller boot than the original Mini), but there are plenty of reasons to consider one. Its styling is braver than many rivals, for a start, and the Aygo is surprisingly well-equipped. Nearly all trim levels come with smartphone mirroring and even a reversing camera.

In 2021, Toyota announced a new warranty plan that adds a year’s cover when you get the car serviced at a main dealer. A car can be covered for up to 10 years or 100,000 miles; find a car in this bracket and you’ll be able to get top-up warranty cover for peace of mind. The Aygo is a simple car, though, and Toyota’s reliability record is top-notch.

The Volkswagen up! still looks fresh and funky, which is quite an achievement considering how long it’s been on sale. We think it looks slightly better than the Citigo and Mii (although the differences are minimal), and the interior is ever-so-slightly better quality. The interior does date the up!, however, because your phone has to act as the infotainment system; there’s no touchscreen available.

But the up! is well-built, great fun to drive and very economical. It’s possible to eke out over 65mpg when driven really carefully – even on the 74bhp engine. There’s even an up! GTI mini hot hatchback that adds a bit more power and characterful tartan upholstery.

Check out used Volkswagen up! deals on BuyaCar.

The SEAT Mii is the third of the Citigo and up! trio, and it sometimes gets a little overlooked. But as it shares its underpinnings and engines with the Volkswagen, the Mii is a great city car option. It’s just as practical, spacious and economical, and has its own sense of style.

There are sporty-looking FR Line versions available, and special-edition models created in collaboration with the Mango and Cosmopolitan fashion brands, if you’d like some extra design touches over the basic models.

Like the Citigo, the Mii was sold only as an electric car for the last couple of years it was on sale, but for the majority of its lifespan it used the 1.0-litre petrol engine fitted to other VW Group models. The SEAT Mii electric uses a 37kWh battery and an electric motor, and manages up to 160 miles on a charge.

Peugeot’s tiny 108 city car is part of another trio, being mechanically similar to the Toyota Aygo and Citroen C1. Of the three, we think it looks the most sophisticated, and there were plenty of personalisation options available to new buyers.

Many of those chose higher-spec Allure or Collection trims, which get alloy wheels, Bluetooth, automatic headlights, keyless entry and a reversing camera. Base-spec Access is worth avoiding; you don’t get split-folding rear seats or even a radio.

What sets the 108/C1/Aygo family apart from most of their city car rivals is the option for a fabric roof, which Peugeot calls ‘Top!’. It’s not a full-blown convertible, but the retractable section is bigger than a sunroof and gives you the option of open-air motoring.

The Citroen C1 has a less generous warranty than its Aygo sister (you can buy an extended warranty if you wish) but it’s cheaper to buy secondhand. At the time of writing, the C1 starts at just £5,000 on BuyaCar, which isn’t a lot of money for a reasonably modern car. Citroen calls its fabric-roofed models ‘Airscape’, so that’s something to look out for if you want to feel the wind in your hair.

The C1 gets its own style and a similar spread of trim levels to the cars it shares parts with. Unless you’re actively trying to avoid the latest technology, we’d recommend searching out a Feel or Flair trim, which come with air conditioning, Apple/Android phone connectivity and sat nav, not to mention split-folding rear seats; these two also got the option of the Airscape roof.

The engine is a little dated but well-proven, and the fact that it’s a simple unit and made by Toyota should help with reliability worries.

No city car has quite as much style as a Fiat 500, which has chic retro-inspired lines. It was offered as a convertible long before the Peugeot 108 and Toyota Aygo, and there are plenty of secondhand models available having been on sale since 2007. The very cheapest examples will feel past their best; more modern models are a better bet if you can afford them, and later versions even include a touchscreen with smartphone connectivity.

For many, the 500 will be characterful enough to overlook its flaws. But it’s worth considering whether you can live with the tiny boot, cramped back seats and relatively thirsty engine options; the fizzy 0.9-litre ‘TwinAir’ has just two cylinders, but it’s not as economical as some rivals.

The entry-level Pop trim doesn’t get much standard equipment, but should be fine as a first car or a little runaround.

You may have forgotten all about the Renault Twingo, as it hasn’t been on sale in the UK for a couple of years now – and even when it was, many buyers chose alternative city cars instead.

The Twingo is an interesting option that actually shares its underpinnings with the Smart ForTwo and ForFour; every other car on this list is front-engined and front-wheel drive, but the Twingo’s engine is mounted behind the back seats, sending power to the rear wheels.

There are benefits and drawbacks to this; the upside is the Twingo has a fantastic turning circle because there’s no engine in the way, which makes parking in tight streets or car parks a breeze. The drawback is that the boot is comparatively small, and your ice cream might melt as it’s sat on the engine.

Otherwise, the Twingo is surprisingly practical, with storage under the rear seats and the option of a fold-flat front passenger seat to allow you to carry long items like skis or curtain poles.