BMW iX vs Jaguar I-Pace: which should you buy?

Which prestige electric SUV is the right fit for you? We compare the BMW iX and Jaguar I-Pace to find out

Jaguar introduced the I-Pace as its first fully electric vehicle in 2018 and has since updated the car with several refreshes to keep it competitive against the growing number of rivals. One of those new competitors is the BMW iX. Unlike the Jaguar, this is not the first all-electric car BMW has made, but it is intended to lead BMW in a new direction for electric vehicles.

Styling is dramatically different between the two vehicles, with the Jaguar I-Pace sticking with a more familiar look and BMW using the iX to point out the brand’s future styling direction. Despite the different styling both share a similar design brief, as both are built to be only offered as an EV - reducing the compromises that normally come from turning an existing petrol or diesel model into an electric one.

Which has the longest range?

The concern of battery range is easing as more fast chargers spring up around the nation and home charging becomes more common. However, for those covering lots of miles or preferring to have plenty in reserve, the BMW sets itself apart. The xDrive50’s 105.2kWh battery pack offers 380 miles of range, making it one of the longest-range electric cars on sale. Also on offer in the iX is a smaller 71kWh battery pack found in the xDrive40, which manages up to 257 miles. Jaguar splits the two BMW options and only offers one size, a 90kWh battery pack that is claimed to be good for 292 miles between charges.

In our recent test of the 71kWh xDrive40 model we got a range of 212 miles to a full charge - 45 miles shy of BMW’s claim - although it should be noted that was in cold weather, when the battery pack isn’t at its most efficient.

It’s one thing knowing your range on a full charge but how long it takes to get there is another. If you are charging at home and are limited to 7kW, then the smaller battery on the BMW will reach full charge the quickest. You’ll need to wait nearly 11 hours for it to be fully charged, mind.

In the I-Pace, we got around 220 miles range, some way off the 292 miles claimed by Jaguar and very close to what we achieved from the smaller battery in the iX. The Jaguar would also take an additional two hours of charge time from a home 7kW charger to fill its 90kWh battery. The 105.2kWh battery in the xDrive50 takes 16 hours to reach full charge, but delivered much closer to its claimed figures in testing.

Rapid charging makes a big difference to the time it takes to charge up, and not just because the BMW gets up to 200kW charging capability on the xDrive50 model. The I-Pace is capable of 100kW charging, but it should be noted that rapid chargers of this capacity are not as common as the 50kW rapid chargers that most motorway services currently have.

Which is best to drive?

As with any SUV, the driving dynamics are going to have some compromises. However,  because both of these cars are designed as electric vehicles from the ground up, they have some significant advantages. The design allows for the batteries to be mounted across the floors of the vehicles, keeping the centre of gravity low. It also avoids the issue of their petrol and diesel counterparts that cannot distribute their weight across the car as evenly. These cars are both good to drive, coming from brands that value driver engagement.

Both the Jaguar I-Pace and BMW iX are heavy cars weighing in at over two tonnes, although the Jaguar is over 300kg lighter than the BMW. This hasn’t compromised the straight-line acceleration with near-identical times for the larger battery xDrive50 and the I-Pace; both take around 4.5 seconds to go from 0-62mph. The xDrive40 makes the same dash in just over six seconds.

On the road it’s the Jaguar that feels more agile and inspires greater levels of confidence. If driving home along the country lanes is preferred to cruising on a motorway then the Jaguar is the easy winner, feeling more like a sports car than a family SUV.

Which is more practical?

The boxy shape of the iX may cause a split of opinion on how it looks on the outside, but on the inside this means lots of headroom and shoulder space. Adults over six feet tall will be able to get comfortable and, since the centre lacks a transmission tunnel, even the middle seat passenger has reasonable legroom. The I-Pace may lack the boxy design, but its interior space is deceptively large and offers good headroom, although it doesn’t match the iX for shoulder room of rear passengers.

Boot space of the iX is somewhat compromised due to the high floor, giving a total of 500 litres of space. In the Jaguar there are 557 litres in the rear and an additional 27 litres of space in the front trunk. The BMW lacks an additional storage compartment under the bonnet.

Which one offers the best interior features and comforts?

The BMW iX is the newer of the two cars as the I-Pace has now been on the road for several years. The I-Pace has a more conventional interior with a dashboard and infotainment that are evolutionary rather than revolutionary. The BMW, with its quirky hexagonal steering wheel, is clearly making a statement for a new direction of design.

One key difference between the two cars interiors is the lack of buttons or dials in the BMW. Jaguar has opted to keep some physical controls whereas the iX has a dial for iDrive and volume and a selector for direction of travel, everything else is operated through the screen or using voice commands. The minimalist approach in the BMW doesn't mean you miss out on technology though, the iX gets BMW’s latest infotainment and 5G connectivity.

Jaguar offers a wider range of trim levels with three core choices: S,SE, and HSE, along with the Black and range topping HSE Black. All come with a rear-view camera, LED headlights, and a 10-inch infotainment screen with navigation. HSE models get a variety of upgrades including matrix LED headlights, 20-inch wheels and Windsor leather. 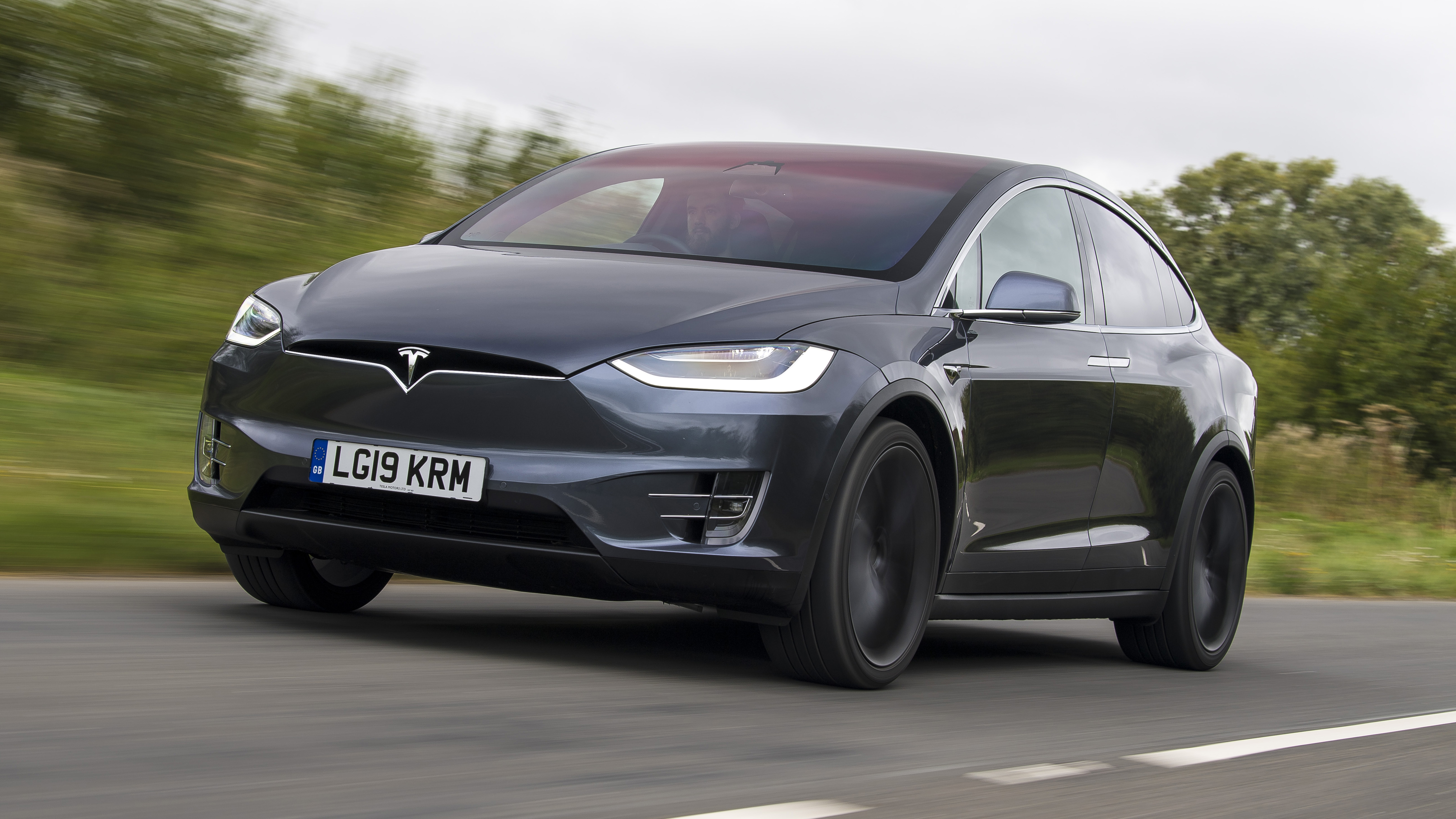 The BMW iX is only available in two trim levels, Sport and M Sport. Standard equipment is generous on both models to include four-zone climate control, heated front seats and an 18-speaker Harman Kardon stereo. There is also a large choice of optional extras including a Skylounge pack with panoramic glass roof and a comfort pack that includes massaging front seats and a heated steering wheel.

Both the BMW and Jaguar are exempt from VED (road tax), and EVs escape the surcharge for new vehicles with a sale price above £40,000. They also have low Benefit-in-Kind rates (BiK) for company-car drivers.

The I-Pace and iX are at the top of the insurance groups with the Jaguar either 49 or 50, depending on trim. The BMW is either group 47 for the entry iX model or 50 for all others.

The better range of the BMW iX and its newer design make it a strong contender against the Jaguar I-Pace. The I-Pace may lack the futuristic feel of the iX and be unable to compete with it on range, but when lining the cars up on a like-for-like basis the Jaguar edges ahead on driving and luxury feel.

If you prefer a more futuristic cabin and driving dynamics aren’t as important as power then the BMW may be the better choice, especially if this is a company-car purchase and the large gap in prices has less of an impact. Overall the Jaguar provides more all-round ability and is deceptively large inside. This, along with its better value, makes it the winner here, and it won our best large electric car award in the 2022 Carbuyer Best Car Awards.