"The Jaguar XK has elegant looks, great handling and a thrilling V8 engine."

The Jaguar XK is a fantastic sports coupe, with stunning looks, great performance and a smooth ride. It’s no longer on sale, but still holds its own thanks to its 5.0-litre V8 petrol engine. Not only does it offer stonking straight-line acceleration and a make a brilliant noise, the handling can cope with its power and still offer impressive comfort.

Even faster versions like the Jaguar XK Dynamic R and Jaguar XKR-S were available, with numerous additions to make them faster and grippier. The convertible model proved popular as well.

Fuel economy shouldn’t be a priority, whichever version you go for, as there’s no such thing as an economical Jaguar XK. The rear seats are also almost non-existent, but there’s plenty of room for tall front passengers and a fairly decent boot, and for keen drivers the XK is a wonderful car.

Very expensive to tax and insure

The Jaguar XK is a performance car and is geared towards speed rather than fuel economy – so don't expect it to be cheap to run. Its 5.0-litre V8 engine is extremely thirsty, with official economy of 25mpg. However, in all honesty, you'll probably struggle to hit that in real-world conditions unless you're extremely light on the throttle. It also emits 264g/km of CO2, putting it in the highest road tax band for a £515 annual bill.

Servicing costs are fairly competitive compared to rivals, but you should factor in depreciation, too, as the Jaguar doesn't hold its value as well as some other sports cars. This doesn't matter so much if you plan on keeping your car for the long term, but if you're likely to sell it within three or four years, you may be better off with a Mercedes SL or Porsche 911 – both of which depreciate slower.

The key characteristic for any sports car is how it drives and the Jaguar XK doesn't disappoint here. The 5.0-litre V8 petrol engines came with either 380, 503bhp or 542bhp – but it's breathtakingly quick whichever power output you pick. The least powerful version will go from 0-62mph in just 5.2 seconds, while the top-spec XKR-S will do it a second quicker, which is more than fast enough to keep up with all but the most exotic supercars.

The XK handles well, too, thanks to its lightweight body and finely tuned suspension. The engine is superb – very responsive and satisfyingly loud. The XK is also easy to drive, with a slick automatic gearbox and an engine that'll happily cruise at lower speeds.

Comfortable, but the rear seats are cramped

The Jaguar brand is synonymous with luxury and comfort, so it's not very surprising that the XK possesses both characteristics in spades.

At the same time, it's a sports car, so its suspension has been tuned for handling. The XK won't glide over rough surfaces the way the Jaguar XJ saloon does, but it copes with bumps a lot better than most other sports cars.

The seats are comfortable and covered in sumptuous leather, while material quality inside is superb. However, the rear seats are tiny and really only suitable for small children or as additional space for luggage.

Practicality is not one of the XK’s strong points, but it offers average space for a sports car

Buyers interested in the Jaguar XK are unlikely to be overly worried by practicality – that's not what a sports car like this is about. It's strictly a 2+2 seater, meaning the rear seats won't accommodate adults – only small children. If you want a V8-engined sports car that can carry four adults, then take a look at the Maserati GranTurismo or BMW 6 Series.

The XK does have a reasonably sized boot, though, with 330 litres of storage capacity. That's more than large enough for a couple of suitcases or golf bags. It's accessed through a hatchback, so it opens wide for great access and makes loading and unloading particularly easy.

The Jaguar XK comes with a load of safety kit

Like many sports cars, the Jaguar XK hasn't been crash-tested by Euro NCAP, so it doesn't have an official safety rating. However, it came with plenty of gadgets like airbags, traction control and electronic stability control, plus a clever bonnet that pops up in the event of a crash to help protect pedestrians from injury. You can select options like adaptive cruise control to further enhance the car's safety, too.

The XK has proven to be reliable, but sold in too few numbers to feature in our Driver Power customer satisfaction survey. Howver, Jaguar as a brand came third in both 2012 and 2013 – a seriously impressive feat that shows its customers are very happy with their cars.

There's no getting around the fact that the Jaguar XK was an expensive car, but it was an extremely hi-tech and precisely engineered machine. And when you look at what it offered in comparison to rivals with similar performance, it's hard to argue with the suggestion that it represented good value.

In fact, prices were reduced by a whopping £10,000 in early 2014, making the Jaguar XK Dynamic R (previously called the Jaguar XKR) particularly attractive – as it was on par with rivals from Aston Martin, Ferrari and Porsche but cost a lot less. 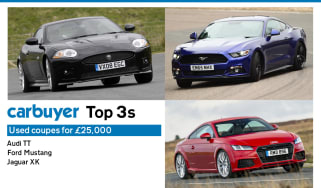 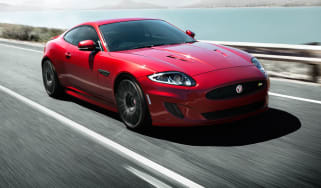