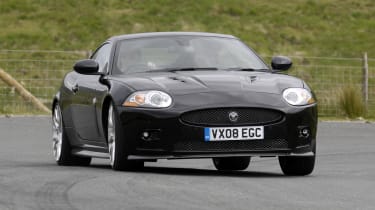 Once upon a time, the sports coupe was a very different concept to how it is now. While the BMW 4 Series Coupe and Mercedes C-Class Coupe are more stylish than their four-door stablemates, they still perform and feel much the same as the saloons they're based on. And, while there are some cracking coupes on the market, the Toyota GT86, Alpine A110 and Porsche 718 Cayman are more focussed on reaching your destination quickly than arriving in a relaxed, calm state of mind.

If you're prepared to drive something a few years old, a far broader array of sleekly indulgent long-distance cruisers becomes available. A £25,000 budget will secure you a BMW 6 Series coupe, a Lexus RC coupe 300h or even an old-shape Porsche 911. However, we've chosen three coupes that combine ample power, comfort for two and a relaxing demeanour that's rare to find these days. 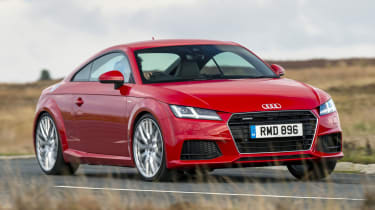 The Audi TT was an instant design icon when it first appeared at the end of the 1990s, and did much to push Audi's image forwards in the decades ahead. Now in its third generation, it's one of the few genuine two-door coupes that remain in its area of the market, and its days are numbered – rumour has it that the next generation will have four doors. You'll find a 2017 TT with the powerful yet economical 2.0-litre TFSI petrol engine and 15,000 miles within our £25k budget. 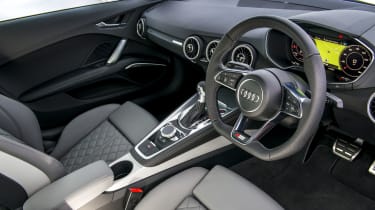 Sharing underpinnings with the Audi A3 hatchback, the TT's compact size makes it arguably the most nimble of our three coupe candidates, and the optional adaptive suspension dampers deliver a really smooth ride. Though regarded as a coupe, it's actually a hatchback and that makes the small rear boot useful enough to forgive the meagreness of its rear seats. You might like to fold them flat and treat the TT as two-seater with loads of luggage room.

As quite a recent car, many used TTs will still be covered by their factory warranty, and Audi has a strong reputation for reliability and solid engineering. Audi also arguably sets the standard for interior design and quality, and the TT feels as good as it looks inside. 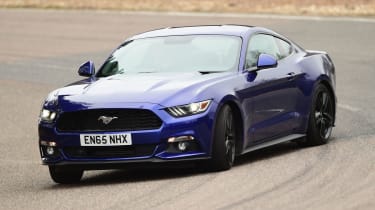 The flamboyant All-American Ford Mustang is something of a contrast to the subtle German Audi TT, and many find its sheer charisma utterly captivating. The Mustang is rare from a mainstream carmaker in not sharing its underpinnings with any other car, and the driving experience it serves up is unique as a result – not as sharp, sensitive or sweet as the TT, but dramatic, engaging and exciting – especially if you go for the loud, muscular V8. You're more likely to find a turbocharged 2.3-litre EcoBoost example under £25,000, though. 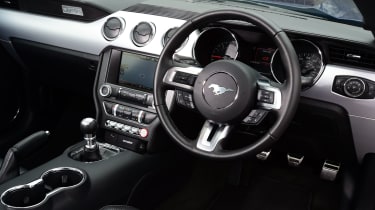 That's not necessarily a bad thing. While lacking the brute force of the 5.0-litre V8, the 286bhp EcoBoost is still very fast, and is much quieter and more economical – good things when you've got a lot of miles to cover. The Mustang EcoBoost is a fantastic cruiser trips away, thanks to its big, well-padded seats and a boot that's huge by coupe standards. And, while the interior plastics might feel a bit low-rent, the design has loads of traditional Mustang cues that are a treat for the eyes.

While it hasn't yet featured in our Driver Power survey, the Mustang shouldn't be hard work to own. The Ford dealer network is immense and there's bound to be a local workshop fairly local to you. The Mustang is a genuine 21st-century muscle car with bags of retro charm but a thoroughly modern specification.

Compared to the two recently-built cars above, the older Jaguar XK is something of a wild card – but bear with us. Jaguar's former flagship didn't merely attempt to recreate an old-fashioned 'gentleman's sports car' ambience – that's exactly what it was. It was conceived as 21st century reincarnation of the legendary Jaguar E-type, but with a decidedly more up-tempo feel thanks to a 5.0-litre V8 engine on even the entry-level model. 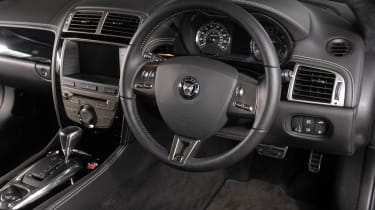 The XK has now been effectively replaced by the smaller, more responsive Jaguar F-Type, but many prefer the effortless nature of the older machine. It's not razor sharp through corners, but fluid and satisfying. Its looks have a timeless charm, too, that suggest you planned your purchase on desire rather than budget. The old-world atmosphere of its leather and wood-panelled interior is similarly hard to match.

A big catch, though, is the XK's running costs. While £25,000 seems a bargain for a 2010 car that once sold for £65,000, routine maintenance will be pricey, the fuel consumption is high and road tax will cost over £500 a year. Depreciation will be slow, though – in the long term, you may find the XK little more costly to buy, run and later resell than either of our two alternatives. 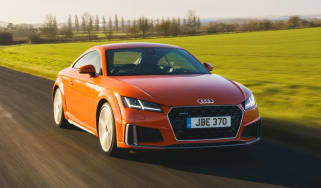