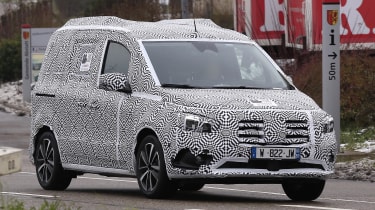 The Mercedes T-Class MPV has been spotted testing, suggesting that its launch has been brought forward to sometime in 2021. As a van-based MPV, it’ll be mechanically similar to the Renault Kangoo and Nissan NV200, and will be marketed as a premium alternative to the Ford Tourneo Connect, Citroen Berlingo and Volkswagen Caddy Life.

While a previously released teaser image showed a sloping roofline, it seems the T-Class will have a very van-like, boxy shape, with roof rails further improving practicality. There are rounded headlights and a slatted grille, similar to some other Mercedes models, but only the front and rear ends will look different to the Kangoo.

Because Mercedes develops its small commercial vehicles alongside the Renault-Nissan-Mitsubishi group, many parts are carried over. This will include its engine line-up, which is likely to consist of a 1.5-litre diesel engine and a 1.3-litre petrol engine. The latter is fitted to a wide range of models from the Dacia Duster to the Mercedes A-Class, although the diesel engine may be a more popular choice - especially if you’re planning to load the car up with people or luggage. Hybrid and fully electric versions will also be available but these may not have many direct competitors. 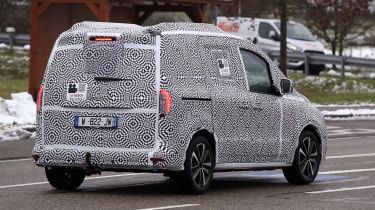 Mercedes has confirmed that twin sliding rear doors will be fitted and has hinted that it will carry the safety features and connectivity technology Mercedes buyers expect. The T-Class may get the twin-screen MBUX infotainment system, as is now fitted to the larger Mercedes Sprinter van.

While it’s easy for Mercedes to make the T-Class because it shares so much with the Citan van, it’s an interesting decision to target the smaller van-based MPV market. The cars it’ll rival are all much cheaper than a normal MPV or SUV, and buyers choose them partly for the value for money they offer. A more upmarket, luxury version seems to go against that ethos, and Mercedes’ partnership with Nissan and Renault didn’t work out so well last time they made a passenger model; the Nissan Navara-based Mercedes X-Class was withdrawn after just two years on sale.

Read our guides to the best small vans and the cars with the biggest boots. 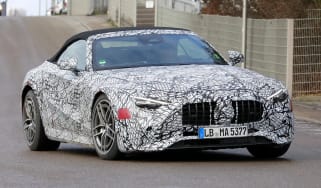 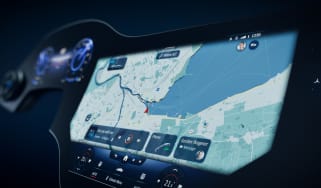