If you need a small work van, read our list of the best to buy 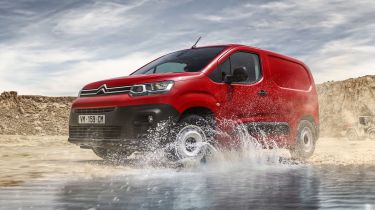 We focus more on cars than vans here at Carbuyer, but some people need a vehicle that’s more practical than a car. Whether you need to hire one or buy one, a van’s primary purpose is to transport as much cargo as possible. Vans are workhorses with interiors that are built to endure years of rough treatment.

Smaller vans are often based on cars, and the latest ones tend to have much more equipment than you might expect. They usually have several trim levels, with a basic version aimed at fleet buyers and a couple of relatively luxurious versions that can come with extras like alloy wheels, smartphone mirroring and a reversing camera.

Cars with the biggest boots on sale

Read on to see what our top picks are for the best small vans currently on sale, or head to our sister site Buyacar to explore great deals on nearly new and used commercial vehicles. 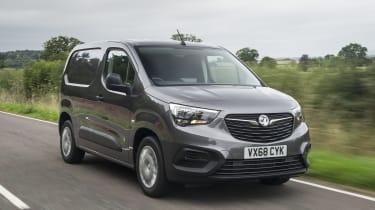 Vans are often shared across several brands, and all the PSA Groupe brands offer essentially the same van but with different badging and subtly different styling. That means the Citroen Berlingo, Peugeot Partner and Vauxhall Combo share mechanical parts, and now you can buy a Toyota-badged version too. There’s a choice of standard or long body styles, plus a crew van with extra seats, and some versions offer an impressive one-tonne maximum payload. You can get a load-through bulkhead and lots of storage, plus Grip Control and a range of equipment like adaptive cruise control and blind-spot monitoring. Your choice may simply come down to the design or dealer you prefer, but Vauxhall offers the best deals on the Combo, so it’s our pick of the bunch. 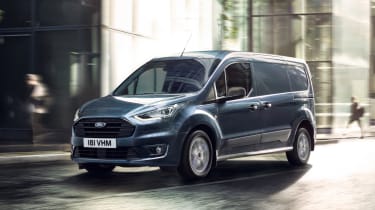 Ford is the king of commercial vehicles in the UK; the Transit and Transit Connect are always among the bestsellers. The latest Transit Connect gets sharp styling and shares its underpinnings with the Ford Focus, so it’s much better to drive than a van needs to be. Much of the interior is shared with the Focus, too, and higher-spec models get Ford’s impressive SYNC 3 infotainment system. Like the four vans mentioned above, the Transit Connect comes with a choice of two, three, five or six seats, and we think it’s one of the best three seater vans on sale. There’s a choice of EcoBlue diesel and EcoBoost petrol engines, and you can even buy a souped-up version from van conversion specialists MS-RT. 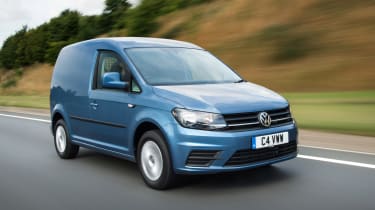 The Volkswagen Caddy is the van to go for if you’d like a slightly more upmarket model, as we feel the Renault Kangoo-derived Mercedes Citan doesn’t quite live up to its high price. The Caddy is very comfortable and is available with plenty of the tech you’d get in a Volkswagen Golf or Volkswagen Polo. Engines are tried-and-tested, if a little long in the tooth now, but there’s a new Caddy coming later this year. As a result, dealers may be looking to move on their stock of the outgoing Caddy, so there may be good deals around. 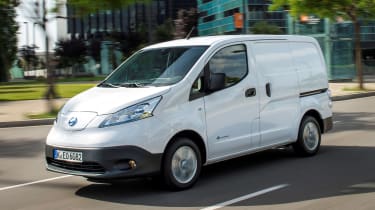 If you work in a city that’s introducing low-emissions zones or you’re fed up with diesel engines, some vans are now available as fully electric vehicles. They’re slightly more expensive to buy but cost just a few pounds to fully recharge. The electric Nissan e-NV200 comes with the option of fast-charging, which means you can top up the battery in 40 minutes. You’ll be able to go up to 187 miles on a full charge (slightly less when it’s cold), but there’s still room for two Euro pallets and a load length of up to 2.8 metres. Some other vans have more modern interiors but the good-value, mid-spec Acenta model of the e-NV200 comes with automatic air conditioning, cruise control and a reversing camera. 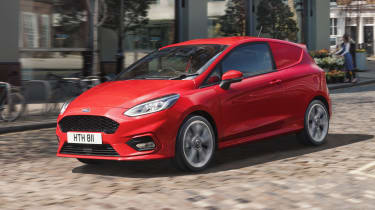 For businesses that don’t need lots of carrying capacity, a car-based van might be more appealing than a purpose-built model. The Ford Fiesta hatchback is available as a three-door panel van, with the rear seats and windows removed. It combines reasonable practicality (there’s almost a cubic metre of loadspace) with all the impressive qualities of the Fiesta, a multiple Carbuyer Car of The Year award winner. The Fiesta is very fun to drive, especially in the ST-Line trim on which the Sport Van is based, and is well-equipped with keyless start, air conditioning, DAB radio, lane-keeping assistance and a heated windscreen. The 84bhp diesel and peppy 124bhp petrol engine are both offered, with the latter making the Fiesta Sport Van one of the fastest small vans you can buy.

Read our guides to the best pickup trucks and the best large MPVs.