New cars, new taxes: here are the most popular stories you read in 2016 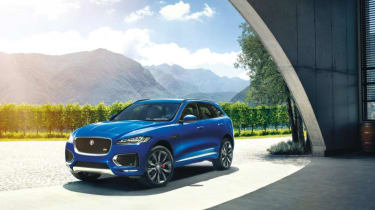 If there’s one type of new car that UK buyers simply can’t get enough of, it’s the SUV. Since 2010, sales of them have leapt by almost 130% and of Carbuyer’s top 10 most popular articles, more than half focused on them.

They say nothing is certain in this world except death and taxes. And next year, many new car buyers can expect to pay more in road tax. From April, only zero-emissions cars will be exempt from road tax. Everything else will be subject to a flat rate of £140. However, if your car costs more than £40,000, you’ll also have to pay an additional £310 in tax for the first five years of ownership. So, if you’re looking for a frugal petrol or diesel car, it may be worth ensuring you buy it before the new rules come into effect.

It’s hard to think of a more eagerly awaited model than the Jaguar F-Pace. Combining that must-have SUV bodystyle with a sports-car driving experience isn’t new, but few have pulled it off with such style. The handsome F-Pace also packs a range of engines from the frugal to the very fast, and thanks to extensive use of aluminium, it’s surprisingly light, too. 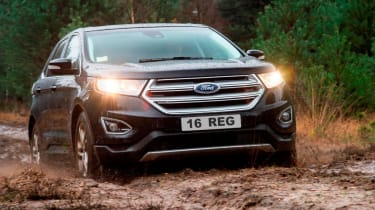 The Ford Edge is a rather different take on the SUV formula. It costs a lot less for a start – even the most expensive version is only slightly more expensive than the most basic F-Pace. It’s got acres of space inside, even if it does lack a seven-seat option, and there’s loads of equipment, too. A couple of diesel engines are available, as is a pricey, upmarket Vignale version. 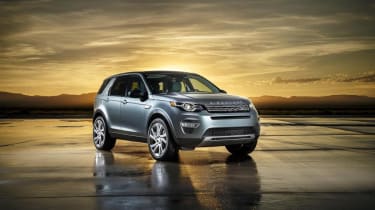 The Land Rover Discovery Sport is the much-anticipated replacement for the Land Rover Freelander. Despite not increasing much in size, the Discovery Sport manages to squeeze in two (small) seats in the boot. The styling has been brought bang up-to-date and the car retains the stunning off-road ability for which Land Rover is world-renowned. It’s also bristling with technology, including features to help prevent you losing your keys or wallet. 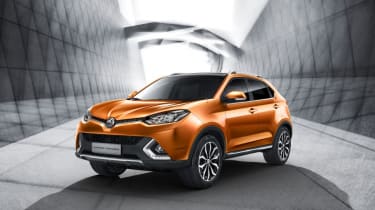 Back in the summer, MG revealed its first-ever SUV would cost from less than £15,000. That’s a lot of car for not a lot of money, although it’s worth remembering top-spec MG GS models can cost almost £21,000, which is Nissan Qashqai money. We also reported that MG is planning a new, smaller SUV designed to rival the Nissan Juke. That model, we revealed, is to be called the MG ZS. 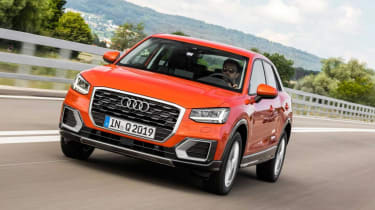 Another manufacturer seeking a slice of the small SUV pie is Audi. The Audi Q2 is expected to attract younger buyers to the brand and offers a wide range of customisation options. The BMW X1 rival is leading a raft of new Audi SUVs, which will soon ensure it has a foothold in every part of the SUV market. There’s plenty of technology fitted as standard, including Apple CarPlay, and prices start at just over £20,000. 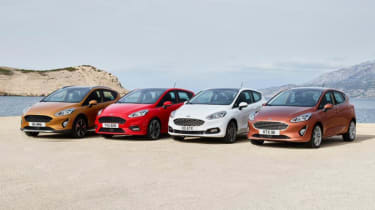 No matter how many SUVs launch, the Ford Fiesta still tops the UK’s sales charts, month in, month out. The new Fiesta will be more upmarket than ever, and a posh Vignale version will join the ranks alongside sporty ST-Line and rugged Active models, as well as more familiar Zetec and Titanium trims. The styling is evolutionary and many of the current engines will remain. It’ll go on sale after its debut at March’s Geneva Motor Show. 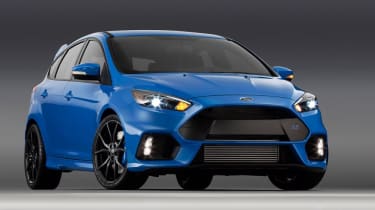 An exciting Ford of a very different kind is next on our list. The Ford Focus RS is one of the most thrilling fast Fords of recent years; something that’s partially explained by a glance at the specs: 0-62mph in 4.7 seconds, top speed of 165mph, 345bhp, four-wheel drive – plus a ‘drift mode’ that makes it possible for the most ham-fisted of drivers to pretend they’re on a rally stage. Best of all is the price: less than £30,000. 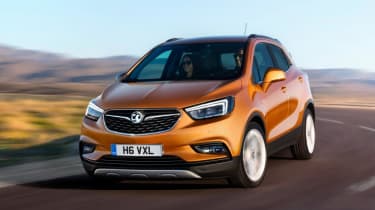 Vauxhall Mokka X: new name, not such a new car. Fundamentally, it’s a thorough reworking of the old Mokka, with new front, rear and interior styling. The changes run deeper than that, though: there are new engines and the same kind of brilliant technology we’ve seen in the Astra, including Vauxhall’s ‘OnStar’ concierge service. Prices start at £17,590 and climb to a hefty £26,765, but Vauxhall dealers are known for their discounting, so haggle hard. 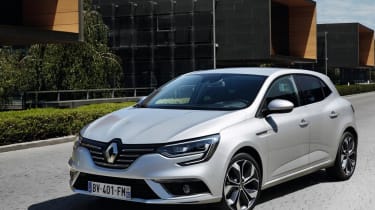 If you’re looking for a striking mid-sized hatchback, there’s a new hero in town. The new Renault Megane looks sensational outside and in – where you’ll find a large tablet screen to control most of the car’s functions. It’s stacked with new technology across the range and there’s a wide range of petrol and diesel engines. It’s since been joined by the Megane Sport Tourer estate and it won’t be long before a Renaultsport hot-hatchback version joins the ranks.