Pricing has been announced for the Mercedes-AMG GLC 63 SUV – the range starts at £68,920 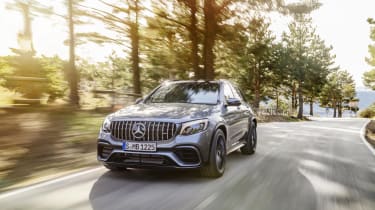 Those numbers are just the start, however: customers after more power can specify S versions of both cars, which produce 503bhp and cost £75,670 and £78,160 respectively. 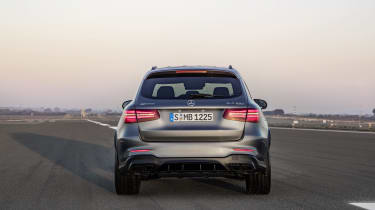 Options include the Premium package, which bundles keyless go, a Burmester surround-sound stereo, LED lights and a panoramic sunroof, and you can also specify carbon-ceramic brakes for around £4,500. Removing the 155mph speed limited costs roughly £3,000 and sees the cars’ top speed increase to either 167 or 174mph, depending on whether you go for the standard or S model.

Want more? Get your order in early and you can have one of the Edition 1 limited-run models, priced at £90,824, or £93,219 for the Coupe. These get the Premium pack as standard, as well as matt-grey ‘magno’ paint, 21-inch alloy wheels, carbon-ceramic brakes, an AMG performance exhaust and a host of other goodies. 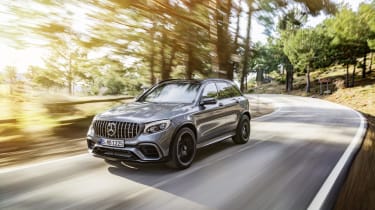 The standard GLC – which shares running gear with the Mercedes C-Class executive saloon – competes for sales with the Audi Q5, and neither that car nor the BMW X3 offers a version as powerful as the AMG GLC 63. The Mercedes will have over 110bhp more than the Audi SQ5 and BMW X3 xDrive35d M Sport, but won’t be able to compete on fuel economy with those cars. 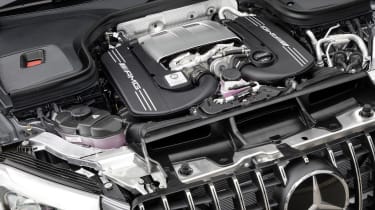 The Mercedes-AMG GLC 63 is being offered with a choice of two power outputs. While both versions use a 4.0-litre, twin-turbocharged V8 petrol engine, the regular model boasts 469bhp, while the uprated GLC 63 S gets 503bhp.

The engine is a variant of one used elsewhere in the Mercedes-AMG line-up – including the GT sports car. Each engine is hand-built under AMG’s time-honoured ‘one man, one engine’ tradition at the firm’s Affalterbach facility in Germany. The GLC’s nine-speed AMG SPEEDSHIFT MCT automatic gearbox, meanwhile, was first introduced in the E63 saloon. 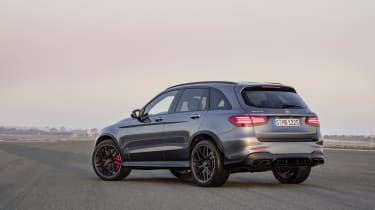 All AMG GLC models use Mercedes’ 4MATIC+ four-wheel-drive system, which incorporates a rear limited-slip differential and variable torque distribution: this helps acceleration on rough or slippery surfaces by ensuring pulling power is sent to whichever wheel can best deploy it.

An adaptive air-suspension system with variable damping is standard and both models have powerful brakes designed to bring the chunky SUV safely to a halt from high speeds. The optional performance exhaust system lets you determine the sound level by channelling exhaust gases through electronically controlled flaps. 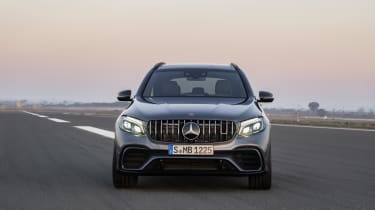 In a break from tradition, the GLC wears the ‘Panamericana’ grille that has previously been associated with the AMG GT sports-car range. This is soon to grow with the addition of a four-door model.

The move away from a fine mesh grille also allows onlookers a view of the engine’s cooling system – a visual link to racing cars past and present. All models feature extended wheelarches that accommodate the large wheels needed to house such powerful brakes, while a deep chin spoiler incorporates a prominent front splitter. 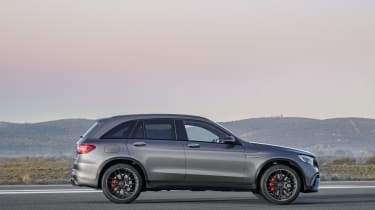 The Mercedes-AMG GLC 63 appears to sit lower than standard models thanks to newly styled side sills, with those on S models containing distinctive silver highlights. At the rear, a motorsport-style aerodynamic diffuser is fitted, along with a subtle roof spoiler. The GLC 63 Coupe uses the spoiler already seen on the GLC 43. Additional personalisation options are be available, including the AMG Night package with special gloss-black highlights.

The Mercedes-AMG GLC range is available to order now, priced from £68,920. First deliveries are due early in 2018. 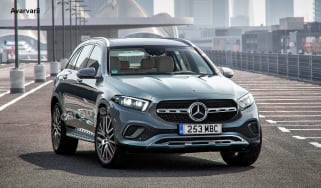