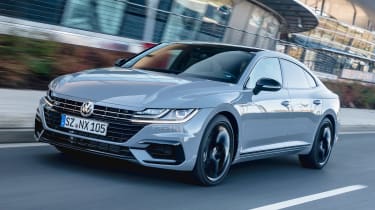 The Volkswagen Arteon is now available in a range-topping R-Line Edition trim level. It builds on the specification of the R-Line to become the flagship model but just 1,000 will be produced. On sale now, the exclusivity of the R-Line Edition means it costs extra at £36,850 - but that's just £945 more than the R-Line.

The R-Line Edition trim has previously been offered on the Volkswagen Passat Estate, and the upgrades are similar on the Arteon. It gets a unique Moonstone Grey paint colour and contrasting black trim pieces; the roof, door mirrors and 20-inch alloy wheels are all painted black. A pair of chrome-like exhaust finishers are fitted around the back and the boot lid gets a small lip spoiler, also painted black.

Best-looking cars to buy this year

Buying this model also means a few choice kit upgrades, including full nappa leather and four heated seats, plus the 12.3-inch Digital Cockpit instrument cluster and adjustable ambient lighting. As the car is based on the regular R-Line, it also has wireless smartphone mirroring, dual LED headlights and the upgraded navigation system. 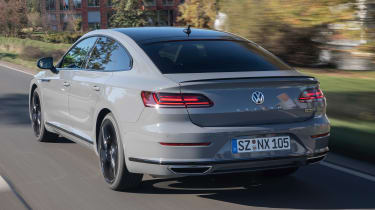 You can choose from two diesel engines and one petrol. The diesels are both 2.0-litre engines, with either one turbocharger and 187bhp or two turbos and 237bhp. This is the same engine fitted to the Skoda Kodiaq vRS.

The petrol engine is the most powerful of the three, with 268bhp. It’s a detuned version of the engine in the Volkswagen Golf R, so the Arteon R-Line Edition is the closest you can get to a proper Volkswagen Arteon R. The petrol model has four-wheel drive but all come with a seven-speed automatic gearbox.

The twin-turbo diesel and the petrol model come with adaptive dampers as standard. These are controlled through the driving modes selector, which change the rate of response and firmness. As with VW’s R models, you can also fully deactivate the traction control system.

Read our Arteon review or see where it places on our lists of best executive cars and best motorway cars. 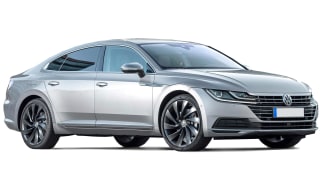 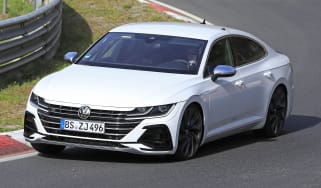