What a year 2021 has been. From caterpillar-cake court cases to Christmas party controversies, it’s proved to be just as eventful as 2020.

While many of us spent the first few months of the year stuck at home in lockdown, video streaming sites like YouTube became part of our daily lives, with the videos they host providing all kinds of informative and entertaining content. That content includes car reviews, and the best ones should make the process of buying a car much easier.

Instead of walking into a dealership and buying a car that’s not quite what you wanted, we hope that you can go in armed with facts and knowledge gained from watching our reviews. You’ll know which cars have the most easy-to-use infotainment systems, and whether the car you’re interested in has enough boot space for holidays or your dog. 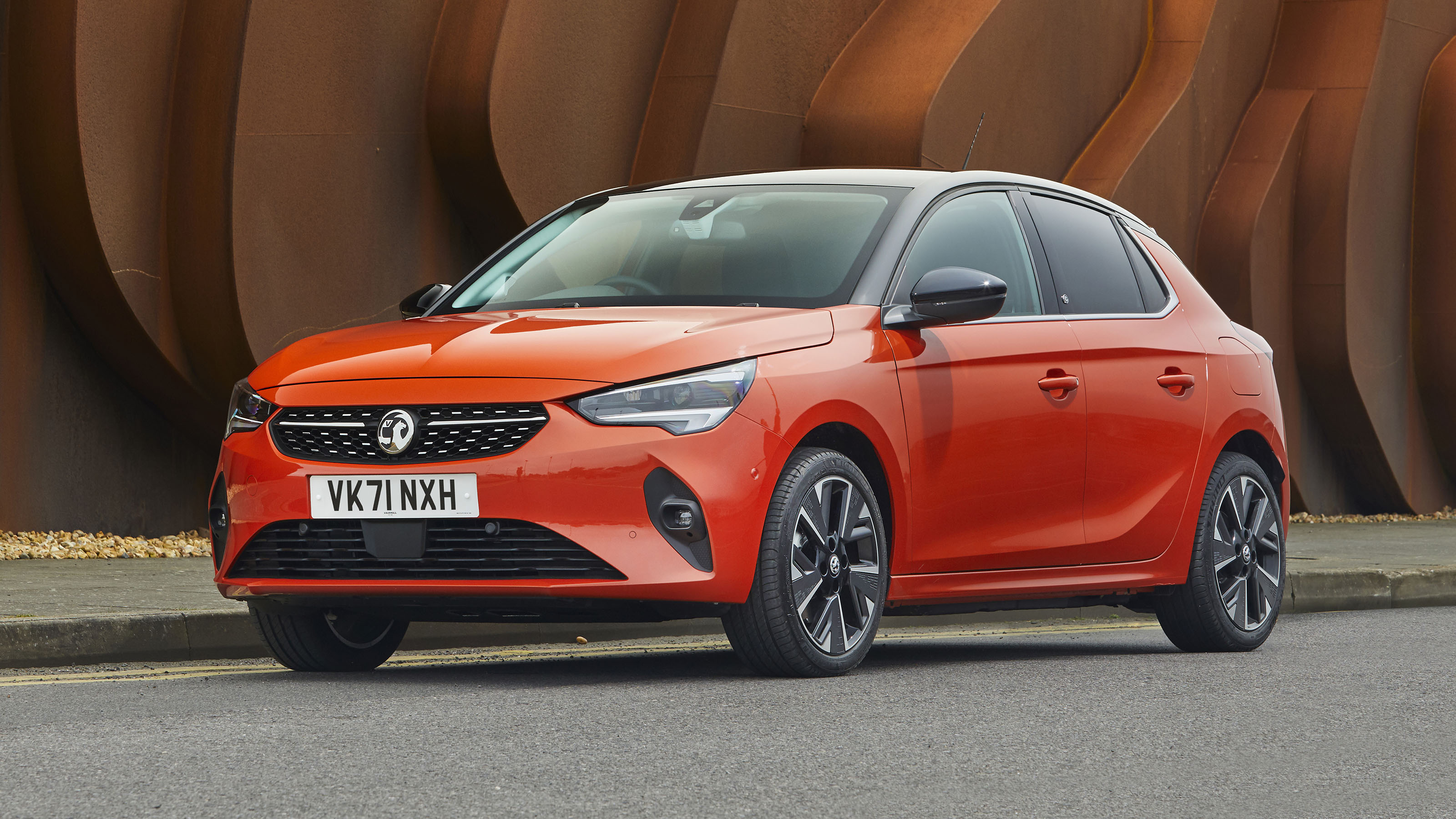 We’re proud to be one of the UK’s biggest car review sites, and we’re equally delighted to be the only British automotive content producer approved by the Plain English campaign. Watching Carbuyer car videos means you skip over all the confusing jargon; we just tell you about the car in a straight-forward way so that you can decide which is the very best one to buy. As you’ll see, we also make it interesting and fun, so you can enjoy our videos even if you’re not looking for a new car.

With Christmas and the New Year fast approaching, we’ve decided to look back at some of our most popular videos on the CarBuyer YouTube channel over the last year. Read on to see which cars piqued our viewers’ interest most this year.

After standing on the roadside for over four years, Nicola was delighted when the new Land Rover Defender finally arrived for review. The Defender has become an icon of British motoring over the last few decades and the original is thought of so fondly by many that its replacement was met with mixed emotions when it was announced in 2019.

While the design certainly pays tribute to the original, the new Defender’s curvy body was necessary to modernise the styling and improve aerodynamics. While the new car may benefit from plush leathers and diamond-cut alloys, the utilitarian nature of the Defender hasn’t been lost completely, with exposed screws in the interior, optional steel wheels and off-road tyres. With its 900mm wading depth and low-range gearbox for off-road traction, the Defender was built for the adventurous at heart.

Our Peugeot 2008 review attracted over 136,000 views, no doubt partly because of the car’s striking styling. Peugeots of late have been some of the best-looking cars in their respective classes, and the 2008 is no different. The LED daytime running lights signify a lion’s claw and Nicola was impressed by our test car’s audacious ‘Orange Fusion’ paintwork.

On the inside, the 2008’s tiny steering wheel may take some getting used to but the dramatic design does feel as if it has been taken out of a much more expensive car. There’s now an electric version too called the e-2008 with a claimed range of around 200 miles.

It’s no surprise that the Ford Kuga made it onto our top videos list; it’s a Ford and a fashionable family SUV. Nicola explains how this new third-generation Kuga is a return to form in the handling department, with minimal body roll for such a tall car. While the suspension is firmer than the outgoing model, it’s by no means uncomfortable.

The interior of the Kuga is instantly recognisable if you’ve been in any other Ford over the last few years. This means everything feels well built and stylish, if a tad unexciting. Entry-level Zetec models have all the kit you may need, such as Ford’s eight-inch SYNC 3 infotainment system and air-con, but Nicola recommends the mid-range Titanium model thanks to its part-leather seats, climate control and upgraded stereo.

Setting a trend for the rest of this list, we start with an SUV in the form of the Renault Captur. This compact crossover was one of the few options available other than the Nissan Juke when it first came out; so how does this new one compare when the competition is now so much more fierce?

Well, the Captur is certainly stylish, pulling many design traits from the Renault Clio supermini. On the inside, it’s full of soft-touch materials, and the tablet-style infotainment system is quick to respond and easy to use. Plus, with its sliding rear bench and maximum boot space of 503 litres, this Renault is hugely practical too. Putting the rear seats in their most advanced position doesn’t leave much in the way of legroom but fortunately Nicola’s blood circulation wasn’t cut off for too long…

It’s fair to say Hyundai is on a roll right now. The i20 N is a thrilling hot hatchback, the Ioniq 5 is our Electric Car of the Year 2021 and this, the Hyundai Tucson, is a brilliant family-sized SUV. Buyers are moving away from budget models, so Hyundai pitched this new Tucson as an alternative to upmarket SUVs such as the Audi Q3 and Volkswagen Tiguan. So, did it work?

Well, the Hyundai more than keeps up in terms of styling; its adventurous design makes it much more eye-catching than most rivals. The new interior is suitably plush thanks to a slick infotainment system and digital instrument cluster setup. The Tucson doesn’t struggle for space either. Hybrid models only sacrifice four litres of space against the standard mild-hybrid option, so there’s more than 600 litres of total space; which is good news if you want to carry as much as possible. The only real problem was trying to drag Nicola away from the ASMR ‘Sounds of Nature’ app in the infotainment system…

One of the most recent videos on this list, Nicola describes the Yaris Cross as a “regular Yaris but in platform shoes”. This efficient crossover shares the same self-charging 1.5-litre hybrid powertrain as the standard Yaris, which can manage up to 66.5mpg. You can even drive the Yaris Cross in fully electric mode at speeds of up to 30mph for short distances.

The Yaris Cross has a large 397-litre boot and the all-important physical dials for the climate controls. It’s good to drive for an SUV, with sharp steering and instant punch from the hybrid powertrain making it nippy around town. Overall, this is a great and stylish small crossover if you’re able to swallow the price hike over alternatives like the Ford Puma.

It speaks volumes that it has taken until our fourth spot for the first non-SUV to appear on this list but as Nicola says, the new Arteon Shooting Brake does everything that an SUV can in a much more streamline, sporty package.

The interior of the Arteon certainly feels on par with upmarket rivals, with plenty of brushed aluminium trim and tech on offer. However, it does fall short with its “touchy-touchy, slidey-slidey” climate controls, as Nicola calls them. These touch-sensitive buttons can be fiddly to use while driving, so we prefer physical dials where possible.

The Volkswagen Tiguan takes its place on the podium as one of our viewers’ favourite cars in 2021. It was also the Volkswagen Group’s best-selling car of 2020, beating titans such as the Volkswagen Golf and Skoda Octavia.

The 2021 facelift has modernised the Tiguan’s design with new LED front and rear headlights, an updated infotainment system and a few new pieces of trim. Despite being quite an old car underneath, the Tiguan is still at the top of its game. It offers a comfortable ride and excellent practicality; sliding rear seats allow up to 615-litres of boot space.

The jump from third to second place is an astonishing 100,000 views, which is a testament to the interest in the Ford Puma. The benchmark for all small SUVs and crossovers, the Puma is in fact Ford’s second and only successful attempt at a car in this class. Essentially a jacked-up Ford Fiesta, the Puma offers all the great features and driving involvement of the supermini in a slightly more spacious and fashionable SUV package.

Nicola was impressed with the standard of equipment in the entry-level Titanium model and Ford’s 1.0-litre Ecoboost petrol engines wowed us too. The Ford Puma was the ninth best-selling car in the UK this year, and for good reason.

As the UK’s cheapest new car, the Sandero is always going to pique the interest of the thrifty as well as the curious. The 2021 Sandero is a big step up from the outgoing model, replacing its rather drab styling with something much smarter. All models receive ‘T’-shaped integrated LED daytime running lights and top-spec Stepway cars even come with diamond-cut alloy wheels.

Nicola was pained by the 64bhp engine in the entry-level car. While it does allow Dacia to achieve its headline low price for the Sandero, we’d recommend buyers step up to the more-powerful 89bhp 1.0-litre engine. This allows for 0-62mph in a reasonable 12 seconds. If you see a car simply as a way of getting from A to B, the Sandero should be at the top of your shopping list.

Thank you for watching our videos this year! If you want to know our favourite cars of the past year, check out the Carbuyer Car of the Year Awards 2022.