How does the striking new BMW 4 Series compare to its main rival, the Audi A5? 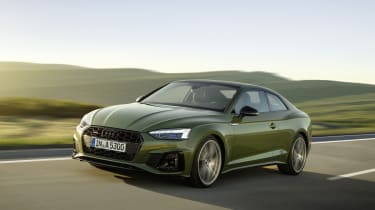 Even before the new BMW 4 Series was launched, a stream of concept cars, leaks and teaser images confirmed it’d be one of the most distinctive cars released in 2020. Much of the interior is shared with the BMW 3 Series, so we’ve no complaints there, and the 4 Series has received improvements to make it even better to drive than the 3 Series.

The 4 Series will once again go up against the Audi A5 coupe, the Mercedes C-Class Coupe and the Lexus RC, but the Audi is its closest rival. The A5 was facelifted in 2019, when Audi probably thought the styling changes were enough to make it stand out. There were improvements to the interior, too, including a much larger touchscreen and a standard-fit Virtual Cockpit display. The engine range now has electrical assistance and the latest Audi S5 coupe is diesel-powered.

We’ve compared the 4 Series and A5 using the latest information to see which executive coupe is best.

The BMW 7 Series and BMW X7 demonstrated the company’s move towards oversized grilles, and the effect is arguably even more dramatic on the sleek 4 Series. Whether you like them or loathe them, there’s no denying that they help make an eye-catching design. In the UK, all cars will be sold in M Sport trim, which adds sharper bumpers, vertical air intakes (to emphasise the car’s width) and a ducktail rear spoiler that connects the car’s two wide rear wings. The rear end gets darkened LED tail-lights and large exhaust tips.

In comparison, the Audi A5 looks rather more understated, although that’s partly due to its familiarity - the styling is very similar to the first-generation car, which was launched in 2007. There’s a thick body crease that spans the length of the car, and a squarer windowline than the 4 Series. The 2019 facelift brought a more sculpted bonnet, three vents above a new, flatter grille and new LED daytime running lights. Audi still offers an entry-level Sport version, below the more aggressive S line and Vorsprung trim levels. 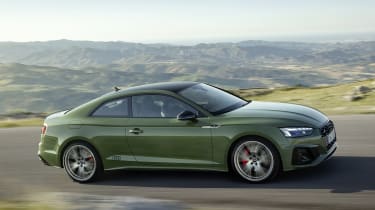 Inside the 4 Series, it’s rather calmer than the full-on exterior styling. Most of it has been lifted straight from the 3 Series, so it’s beautifully designed and built, if not the absolute last word in ultra-modern flair. Leather upholstery, sports seats and sat nav are fitted as standard, and BMW’s latest iDrive infotainment system features Android Auto for the first time, alongside wireless Apple CarPlay. A digital instrument cluster and an upgraded touchscreen are optional, as is additional driver assistance tech and automated parking. 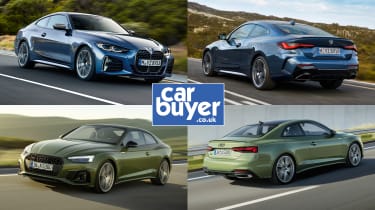 Given that the A5 is so heavily based on the Audi A4, it’s hardly surprising that the two cars share most interior components. The latest A5 has a 10.1-inch touchscreen and the Virtual Cockpit digital instrument cluster as standard, with both introduced in the facelift. Audi’s latest MMI interface has much more computing power than before, and the sat nav will learn your regularly travelled routes and suggest them in future. Online services allow you to find local on-street parking, while the standard equipment list includes a powered tailgate, three-zone climate control and a WiFi hotspot.

The latest 4 Series is 128mm longer than the old one. It’s 27mm wider and the wheelbase has grown by 41mm, too, so we’d expect rear-seat passengers to have a bit more space than before. The boot is actually five litres smaller than before but it’s still a good size at 440 litres, and the three rear seats fold individually.

Average-height adults will be comfortable in the back of the A5 but the sleek roofline won’t be appreciated by those over six feet tall. It’s hard to compare rear seat space until we test the 4 Series but the A5’s boot is a fraction bigger at 450 litres.

With the latest generation, BMW is aiming to distance the 4 Series from the 3 Series on which it’s based. It has a stronger focus on performance, with revisions to stiffen the car and improve its handling. A manual gearbox isn’t offered but every version gets launch control and steering wheel-mounted paddles. Mild-hybrid tech is fitted to every diesel and to the flagship M440i petrol, slightly improving performance and efficiency.

The Audi A5 has never been as good to drive as the BMW 4 Series, and the most recent updates didn’t address its numb steering and slightly detached feel. All its engines are 2.0-litre units paired to an automatic gearbox, and there isn’t an engine in the standard range that hits 0-62mph in under seven seconds. Audi has pared back the engine range so there’s only one petrol and two diesels to pick, but there’s also the 342bhp diesel Audi S5 and the 444bhp Audi RS5; these manage 0-62mph in 4.8 and 3.9 seconds respectively but are expensive. 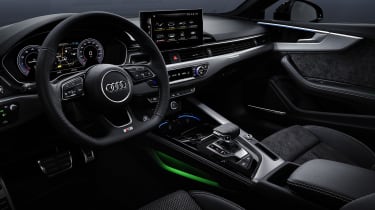 Coupes like these are meant to be sporty and great to drive, otherwise there’s little point buying one instead of a more practical saloon. We’ll have to wait until we’ve driven the car to give a definitive verdict but the new BMW 4 Series looks set to meet this brief perfectly, with strong performance and a great chassis. If, as we expect, it’s better to drive than the previous 4 Series, it will be the automatic choice for keen drivers. Sure, the design of the A5’s interior is a little nicer and is likely to have more equipment as standard, but the BMW doesn’t disappoint in this area. The BMW’s brave styling shouldn’t put you off; the 4 Series looks set to remain the best executive coupe and the one we recommend.

Read our guide to the best drivers’ cars. 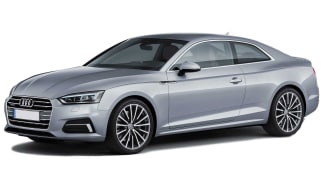 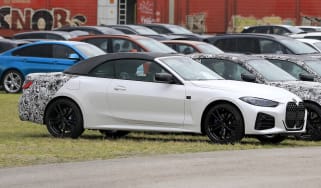