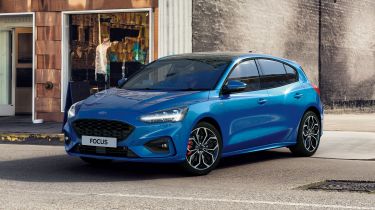 The big-selling Ford Focus is now available with mild-hybrid electrical assistance, which should help fuel economy and reduce CO2 emissions. It’s fitted to the 1.0-litre EcoBoost petrol engine and you can buy 123bhp or 153bhp variants. Available on ST-Line spec upwards, the new engine starts at £24,280.

A belt-driven starter-generator replaces the car’s alternator, and this can harvest the energy that would be lost in braking or coasting and store it in a small battery. The recuperated energy allows the stop-start system to cut in sooner (at speeds of up to 16mph), and runs the car’s ancillary functions like the infotainment and heated seats. It can also give a little boost to power during normal driving and under acceleration.

As before, the 1.0-litre EcoBoost engines feature cylinder deactivation, meaning one of the three cylinders shuts off under light throttle to save fuel. 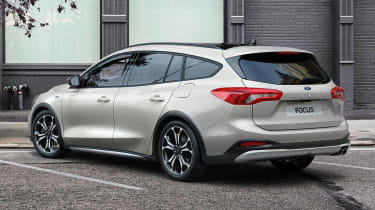 The addition of the mild-hybrid technology reduces CO2 emissions slightly (116g/km vs 125g/km for non-hybrid models), but the fuel consumption figure is the same as the ‘normal’ 1.0-litre engine, achieving up to 55.4mpg for both 123 and 153bhp engines. The lower CO2 output will make Benefit-in-Kind tax cheaper for company-car drivers but owners won’t notice a difference at the pumps.

Besides the Zetec trim, the non-hybrid 123bhp 1.0-litre engine is only available with an automatic gearbox, and Ford’s 1.5-litre and 2.0-litre EcoBlue diesel engines are unchanged.

Inside, a 12.3-inch digital instrument cluster has been introduced (standard on ‘X’ versions and optional otherwise), with hybrid-exclusive information screens and menus. You can see how much energy is being recuperated and how it’s being used. The now-standard FordPass Connect modem will get Local Hazard Information later in the year, which uses online data to warn drivers about hazards and traffic jams - regardless of whether sat nav is fitted or not.

The entry-level Ford Focus Zetec trim now includes wireless phone charging, front and rear parking sensors and sat nav as standard. Prices have jumped up by about £1,500, though, so the Zetec now starts at £22,210. ST-Line and Active Editions get auto wipers, an auto-dimming rear-view mirror and keyless entry, with a similar price increase to just over £24,000. 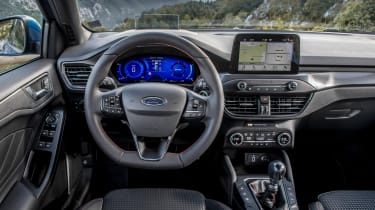 Ford has already introduced mild-hybrid assistance for these engines in the Puma and Fiesta, and it gives the brand a ‘hybrid’ in the Focus range. However, it doesn’t drastically improve the car’s fuel consumption or emissions. Still, 55mpg from a petrol engine is pretty decent, and it’s not too far off the MPG you’d see from one of the diesel engines.

It’s unlikely many buyers will notice a big difference if they were to test-drive non-hybrid and hybrid versions back-to-back. Dealers are likely to be selling the non-hybrid ones at a lower price, too.

See where the Focus lands on our lists of the best family cars and best used family cars. 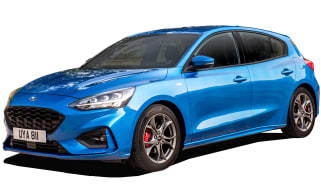 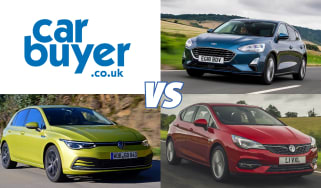