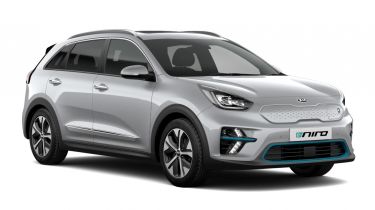 The Kia e-Niro is now available with a smaller battery and a wider selection of trim levels. Introducing a smaller battery has allowed Kia to drop the price, so the e-Niro now starts at £29,595 after the government’s £3,000 plug-in car grant (PiCG) has been deducted. The 2020 Kia e-Niro can be ordered now and deliveries are set to start towards the end of the year.

The Kia e-Niro has so far only been offered in one high-spec trim level and with one battery option but a 39kWh battery and a less powerful 134bhp electric motor are now available on the new entry-level ‘2’ trim. The 64kWh battery continues to be offered on the ‘3’ and ‘4+’ specifications. The trims broadly match the ones offered on the Kia Niro hybrids.

The new powertrain option is the same as the one used by the Hyundai Ioniq Electric and offers up to 180 miles of range on a full charge - although Kia says up to 251 is possible in town. The e-Niro’s SUV styling means range is slightly lower than the 194 miles you can squeeze out of an Ioniq, but it’s still in the same ballpark as electric SUVs such as the Peugeot e-2008, Vauxhall Mokka-e and MG ZS EV. Using a 100kW public charger tops the battery up to 80% in just under an hour. The 39kWh e-Niro takes 9.5 seconds to hit 0-62mph on the way to a 96mph top speed. 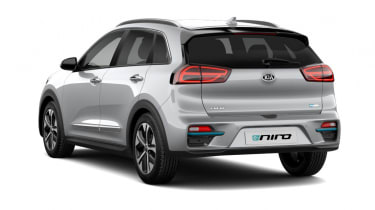 The 64kWh battery is mated to a 201bhp electric motor, which increases range to 282 miles and drops the 0-62mph time by two seconds. Top speed is slightly higher, at 104mph.

It may be the entry-level model but the Kia e-Niro ‘2’ trim offers plenty of kit. Buyers get a digital instrument cluster, adaptive cruise control, automatic air conditioning, LED daytime running lights and alloy wheels, plus an eight-inch touchscreen that features the display for the reversing camera and Apple CarPlay and Android Auto.

The top-spec ‘4+’ trim is very well equipped, with a sliding sunroof, LED headlights, ventilated front seats, heated rear seats, an upgraded audio system and a memory function for the driver’s seat. Starting at £36,145, the ‘4+’ also gets 11kW three-phase charging as standard.

The Kia e-Niro was already our favourite electric car but it came with the caveat that it was more expensive than similarly sized electric SUVs. Now Kia has introduced a smaller battery and a cheaper trim level, it’s even easier to recommend, and the new electric powertrain never feels sluggish in the Hyundai Ioniq Electric. We would like to see it offered on the ‘3’ trim level for buyers who want more tech but don’t necessarily need the longer range.

Read our guides to the best electric SUVs and best company cars.