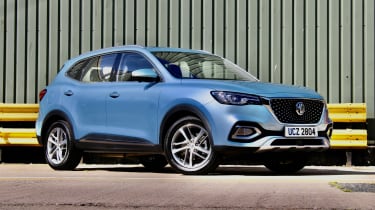 The MG HS plug-in hybrid is now available to order for £29,995. It’s capable of 32 miles of zero-emission driving and offers lower running costs than the conventional petrol model.

The Exclusive model starts at £32,495 and offers a powered tailgate, LED headlights, a panoramic sunroof and leather upholstery. The plug-in hybrid is much more expensive than the petrol-engined MG HS SUV, which starts from £20,995, but it does undercut other similarly sized plug-in hybrid SUVs such as the Peugeot 3008 Hybrid and Ford Kuga Plug-In Hybrid. 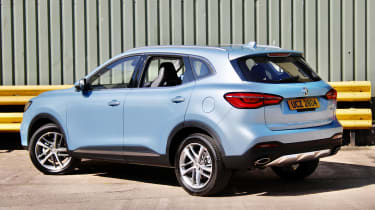 The 1.5-litre petrol engine used in other HS models is joined here by a 90kW electric motor for a combined output of 254bhp, which is significantly more than the 160bhp you get from the petrol engine alone. Zero-to-60mph acceleration is said to take 6.9 seconds, which is three seconds quicker than the petrol. Buyers also get a new six-speed automatic gearbox and four-speed electronic drive unit, giving 10 ‘gears’ in total.

A fully charged battery allows for up to 32 miles of electric driving and the official CO2 figure of 43g/km means the MG HS PHEV will appeal to business users after a low Benefit-in-Kind tax figure (10%). Recharging the battery takes three hours on a Type 2 charger.

Plug-in hybrid cars tend to offer less space than petrol or diesel-engined equivalents because of the battery, but the HS PHEV still has a big, 448-litre boot and plenty of space for four or five adults. As a result, it promises to be roomier inside than a Nissan Qashqai.

Like the petrol HS, the plug-in hybrid version comes with a driver assist package called MG Pilot. It features auto emergency braking, lane-keeping assist, blind-spot monitoring, adaptive cruise control and traffic jam assist, which can follow a car in front autonomously at up to 35mph.

The MG HS plug-in hybrid is good value compared to its direct competitors, which in some cases cost £5,000 or £6,000 more. But an MG costing £30,000 might be a hard sell to many buyers, especially as residual values aren’t great - something that may push the monthly price up if you’re buying on a PCP deal. The HS demonstrates just how expensive many plug-in hybrid SUVs are; MG sells two fully electric models for less than the HS PHEV. We can see this car appealing to company-car drivers, so if you’re offered an MG HS plug-in hybrid in this capacity, it’s worth considering.

Read about the electric MG 5 estate, or check out our guide to the best family SUVs. 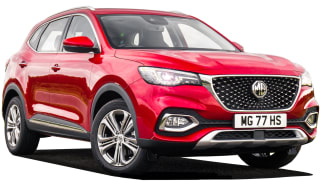