BMW 3 Series Touring owners tend to (understandably) expect a lot from their cars, so it’s disappointing to note it has only an average reputation for reliability, with an underwhelming 39th place finish out of 75 cars in our 2018 Driver Power customer satisfaction survey.

The BMW 3 Series range was rated just above average for reliability in our 2018 Driver Power owner satisfaction survey of cars currently on sale in the UK. Of the owners who responded, 7.6% reported experiencing a problem with their car on one or more occasion. 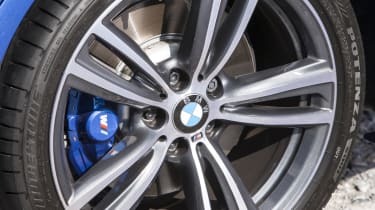 Its engines and gearboxes attracted praise from owners, as did its infotainment and connectivity systems. Practicality and space, though, wasn't rated so highly, and its running costs fail to impress.

Naturally, the 3 Series Saloon (which is mechanically identical to the Touring) was awarded the full five-star rating in Euro NCAP crash safety tests, coming with mandatory equipment like electronic stability control and a tyre-pressure warning system, as well as the usual host of airbags as standard. You can also add further accessories to make it even safer, such as a system that helps you keep the car in your lane on the motorway, and another that tells you if there’s a car in your blind spot when you go to change lanes – although it’s a shame that these more advanced systems are optional, rather than standard.