When you’re looking to buy a used car, you may come across models with lower-than-average prices advertised as ‘Cat N’, ‘Cat S’, ‘Cat C’ or ‘Cat D’. These categories indicate that the cars have been written off by insurance companies for various reasons, but what exactly do they mean? 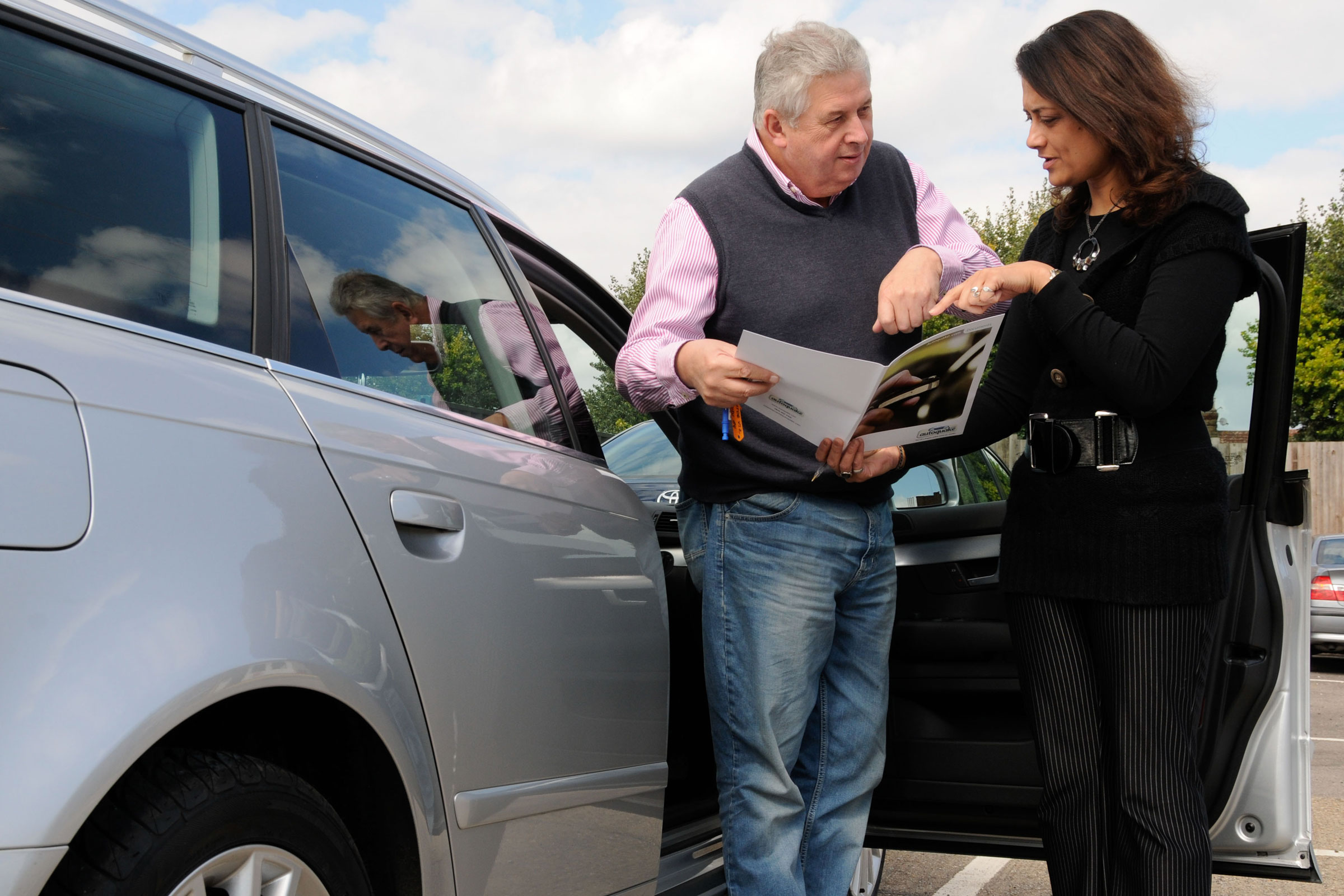 Questions to ask when buying a used car

Usually an insurer will write off a vehicle if the cost of repair exceeds 50% of the market value of the car, meaning even minor damage can result in a write-off. When this happens, the owner receives the market value of the car but doesn’t get the car back. If the damage to the car is subsequently repaired and it’s returned to the road, the categorisation stays on its record, alerting future buyers and insurers that the car has been previously written off.

Buying an insurance write-off isn’t always a bad idea, but there are some important things to consider before handing over your cash. For one thing, due to being marked in a write-off category, there will be some impact on the car’s value when you come to sell it.

What are Cat A and Cat B cars?

The current system of write-off categories came into force on 1 October 2017 superseding the previous system. However, Category A and B (Cat A and Cat B) classifications are still used for cars that can never be returned to the road.

Category A write-offs are judged as having such severe damage that not only are they beyond repair, but no parts may be salvaged either. Such a vehicle must be crushed and destroyed so that no component from it can be used again.

The 'B' in a Category B write-off is significant – the letter stands for 'break', which means that a car written-off under this category may be broken down for parts to be used on other cars. The car itself, though, cannot be used on the road again. In many cases, if it's financially unviable to break it for parts, the car will be treated the same way as a Category A car and crushed.

What happened to the Cat C and Cat D categories?

The next two categories were formerly known as Cat C and Cat D, both of which relate to cars that can be returned to the road if properly repaired. According to the Association of British Insurers (ABI), such write-offs are “repairable total-loss vehicles where repair costs including VAT do not exceed the vehicle's pre-accident value”. These were the two categories most likely to be encountered in used-car sales listings.

As of 1 October 2017, Category C (Cat C) has been replaced by Category S (Cat S). This is assigned to cars that have suffered structural damage significant enough that repair shouldn't be attempted on a DIY basis. The change of category name came about because the determination of category is now based on whether a repair is feasible, rather than whether it's economically viable. However, the latter will still be the focus of most insurers – they'd rather pay out on a claim than spend more money on a repair.

The former Category D (Cat D) has been replaced by Category N (Cat N). This refers to cars that haven't suffered structural damage, but some safety-critical components such as steering, brake or suspension components may require replacement. Again, if properly repaired, a Cat N car (or Cat D car) can be legally returned to the road.

A Cat S or Cat N marker can sometimes be given to cars with relatively minor damage. An older, low-value car might be written off after a light scrape in a car park, simply because the cost of processing the insurance claim exceeds the car’s value.

The amended system is intended to help inform used-car buyers if a car has previously suffered structural damage. This is becoming increasingly important as the complexity of modern cars means they may be written off because of electronic rather than structural damage which is considered beyond economical repair.

Some vehicles, including classic cars or models of special interest, can be allowed to be repaired ‘irrespective of extent of damage’, as long as it’s safe for them to return to the road.

Whether it makes sense to buy a Cat N or Cat S car comes down to cold economics. The insurer has made a decision that the necessary repairs are not economically viable based on profitability. After writing it off, the insurer will sell the car as salvage, usually at auction.

Cat S and Cat N cars are generally worth far less than equivalent cars that haven’t been involved in a collision, so they can look like good value. Just make sure that any accident damage has been fully repaired to the required standards. Once a car is written-off as a Cat S or Cat N, this marker is permanent, and cannot be changed. Also, Category S and Category N cars are also worth less than an equivalent car that has not been written-off, meaning you’ll get less when you come to resell it.

Cat B cars are usually bought by car breakers for their parts and scrap metal. Cat S and Cat N cars can be bought by car repairers, dealers or private individuals for repair and return to the road. If you’re thinking of buying a damaged car to repair it, you’ll need to have a good idea of the costs involved - and there might be additional unseen damage which could lead to higher costs.

If you're buying for personal use, resale profit probably isn't a factor. If a salvage vehicle holds particular interest – perhaps it's a model or specification that you've long been searching for – a repairable Cat N or Cat S car could make sense even if the cost of repair means it ends up saving you only a little money compared to an undamaged car.

It’s legal to sell a Cat N or Cat S car as long as its status is declared. This declaration must be clear, even if the car has been repaired to its pre-accident condition. A car bearing any write-off marker will be worth far less than one with a 'clean' history, even if the damage was minor and fully repaired to a high standard – many buyers simply aren't comfortable with a history of damage.

Declaring a car's Cat N or Cat S status is essential, whether selling it or part-exchanging it. If you don’t, the new owner could sue you for damages.

When buying a categorised car, there is a risk of ending up with a car that has been poorly repaired, potentially making it less safe. However, finding a well-repaired example can prove to be very good value. Thorough research and inspection of a potential purchase is absolutely essential if you want to buy a categorised car.

In order to help account for any poor repair work or hidden damage, have any potential purchase inspected by a trained motor engineer employed by organisations such as the AA or RAC.

The engineer will inspect the car and tell you all you need to know about its condition, crashworthiness and any lurking problems that aren’t obvious to the untrained eye.

It won’t be cheap, but if the worst happens a report could be offered as evidence in court. In any case, insurers can insist on an engineer’s report before they’ll consider insuring a Cat N or S vehicle.

Don’t expect insuring your Cat N or S car to be straightforward. Some insurers won’t consider covering such a car and those that do may charge a higher premium. An engineer’s inspection report will certainly smooth the way. 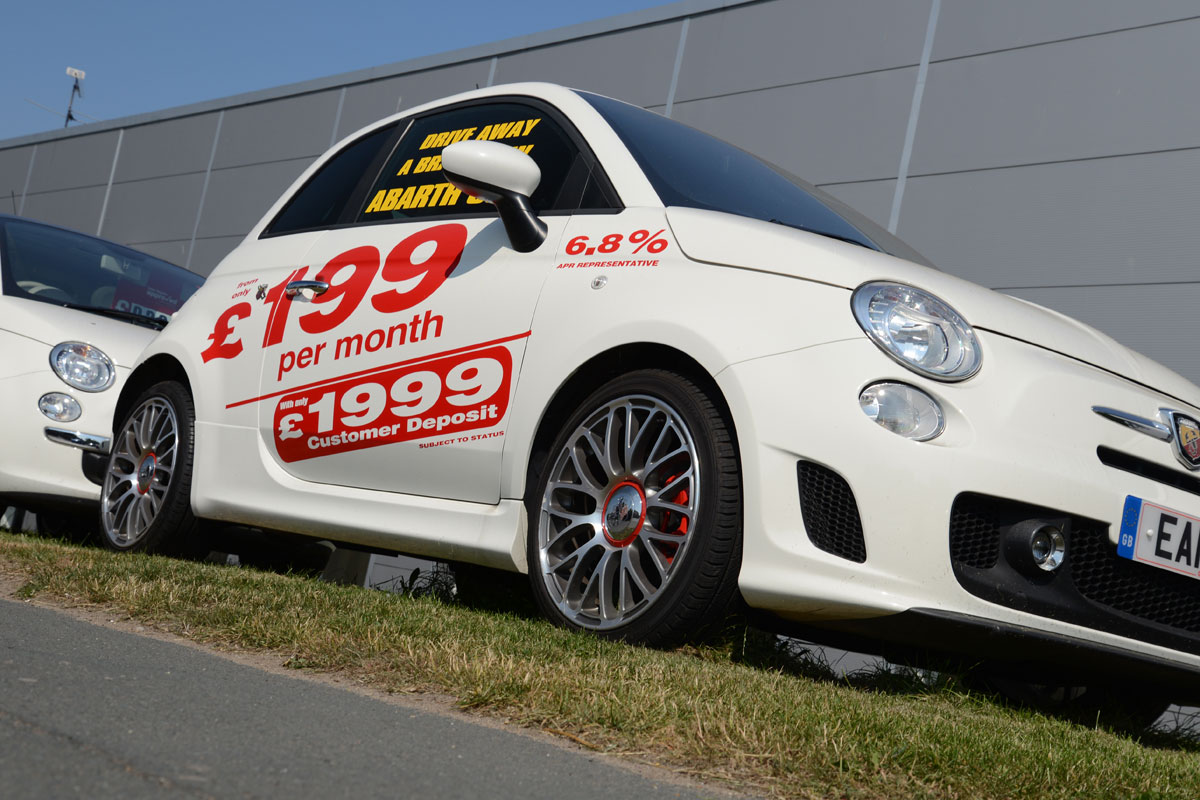 How to negotiate a car price: top tips

What the law says

Thanks to the Consumer Rights Act 2015, car buyers are better protected, since the law states that any goods purchased should be ‘of satisfactory quality’, ‘fit for purpose’ and ‘as described’.

If you were unwittingly sold a car that the seller knew to be a Cat N or S, the seller is in breach of the last requirement. Even if the seller was unaware of the car’s status, it’s still not of satisfactory quality or fit for purpose. It also falls foul of the ‘innocent misrepresentation’ clause of the Misdescriptions Act.

Either way, you would have grounds to take legal action against the seller. Of course, they may immediately offer you a refund, but you’d be wise to inform Trading Standards in order to protect future customers.

Cat N and S cars used to have to undergo a Vehicle Identity Check, or VIC, before being allowed back on the road. This was intended to stop criminals selling disguised write-offs to ignorant buyers, but it identified so few cars that it has since been abandoned.

Should you buy a Cat N or Cat S car?

In theory, there’s no reason why you shouldn’t consider a Cat S, Cat N, Cat D or Cat C car if it’s been properly repaired, but there are hundreds of thousands of cars on sale that haven’t been written off. Unless you’re really drawn by the lower price and can put up with potentially higher insurance and lower resale costs, we’d recommend you avoid buying a written-off car if you can.

Looking to make big savings on the used car market? Read our guide on the best used cars for under £2,000 or find out all you need to know about the best way to finance a used car.