Peugeot's smallest SUV has been 'on-trend' since it was launched, and now makes a great used buy 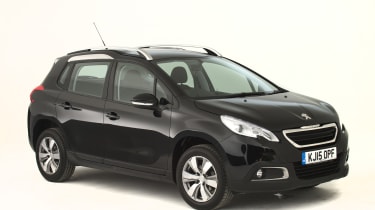 The Peugeot 2008 was launched into a market that the Nissan Juke had already proven existed – the latter pretty much defined the compact crossover as we know it today. Peugeot's interpretation of the theme took a more conventional hatchback form, but with a strong dose of SUV muscle. 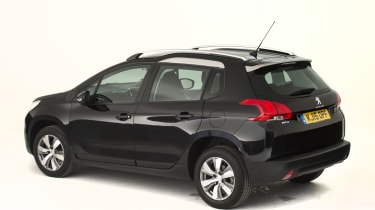 Sharing its mechanical makeup with the Peugeot 208 supermini, the 2008 takes up a relatively small space on the road, yet offers a spacious, versatile interior. It's unintimidating to drive, too, with responsive engines whose impressive economy keep running costs down. To cap it all, a used Peugeot 2008 can be found at a very enticing price.

Read on for help in finding the right Peugeot 2008 for you.

The 2008 arrived in the UK in July 2013 with a choice of four engines. Petrol fans could opt for 1.2 or 1.4-litre VTi petrol engines, while diesel devotees had the 1.4-litre HDi or 1.6-litre e-HDi. The latter was available in 92 or 115bhp, with only the most powerful diesel offering an automatic option. 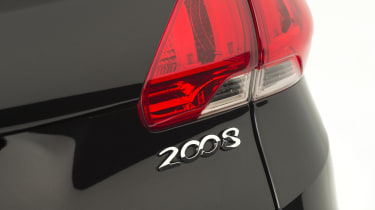 The 1.2-litre VTi was rebadged PureTech in March 2014, and came in 110 and 130bhp versions, both with a turbocharger in the pursuit of improved performance and efficiency. The e-HDi diesel was rebranded BlueHDi at the same time.

A special-edition Urban Cross was introduced in September 2015, based on Allure trim with smarter trim details and an upgrade from 16 to 17-inch alloy wheels.

The range was facelifted in July 2016, becoming an official member of Peugeot's SUV lineup at the same time. This involved a significantly redesigned exterior, updated engines and new technology inside. With strong hints of the well-received Peugeot 3008 in its styling, the relaunched car was brought closer in line with its larger, more expensive sister. 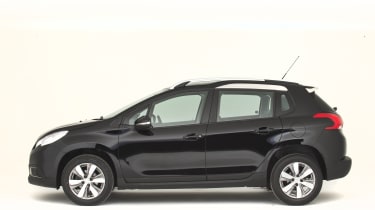 While the 110 and 130bhp 1.2-litre petrol engines are good all-rounders, the extra power of the economical 1.6-litre diesel makes it well suited for those who make a lot of long, fast journeys. The least powerful engines are hard work at higher speeds.

Every 2008 is pretty well equipped – you get remote control central locking, electrically adjusted and heated mirrors, electric front windows and air-conditioning, the latter of which can also keep the contents of the glovebox chilled. Active models add a touchscreen multimedia infotainment system, Bluetooth and DAB radio, as well as 16-inch alloy wheels. 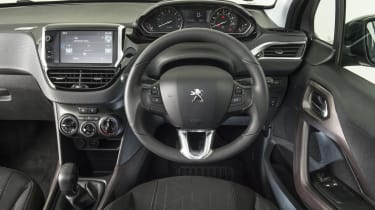 The 2008 is by no means in short supply on the used car market, with the Access 1.2 VTi on a '63' numberplate representing the entry point in terms of price – the 1.4-litre HDi costs a little more. Around three in every five 2008s have a diesel engine, but by far the most have the larger 1.6 engine. Only one in every 12 have an automatic gearbox and these attract a small premium. Facelifted cars are quite sought-after and appear on a '16' plate or later. 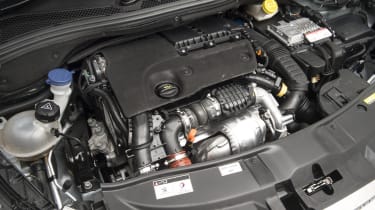 Peugeot recommends petrol 2008s are serviced 20,000 miles (12,500 miles for diesels), or every 12 months, whichever occurs first. Petrol cars are also slightly cheaper to service than diesels. Services alternate between minor and major, and diesel models have a cambelt that needs replacing when the car reaches ten years old or 112,500 miles. Brake fluid needs replacing every two years, the coolant first needs changing after four years or 80,000 miles, and yearly or every 20,000 miles thereafter.

The Peugeot 2008 seems to be generally robust and seems to be more beset with niggling faults. Among these are a Bluetooth music streaming function that has received many reports of problems, including connection failures and playlist errors. 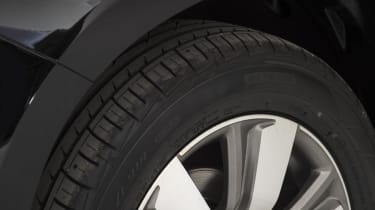 More importantly, owners have found that particular attention needs to be paid to tyre pressures else they have a tendency to wear unevenly. Many owners also replace the headlamp bulbs with more powerful items – you can find our guide to the best headlamp bulbs here.

When choosing a 2008, bear in mind that some owners love the EGC automatic gearbox, and others hate it. Only a test drive will determine which camp you fall into. You'll also find a space-saver spare wheel is standard – if you want a full-size spare you'll have to carry it in the boot. Speaking of which, loading and unloading heavy items can take its toll on the rear bumper paintwork, so be sure to check it thoroughly.

Ten recalls have been rolled out for the 2008 so far, the first five of which were announced in 2014. Potential fuel leaks, steering and suspension faults made up the first three, with a subframe manufacturing fault identified in the fourth. December 2014 saw a recall for an incorrectly set handbrake mechanism.

2016's recalls began with the rectification of a potential fuel leak that could arise in a rollover accident, with a driver's seatbelt fault, engine oil leak and potential braking issue also being identified.

With the 2008 hot on the heels of the pioneering Nissan Juke at launch, it now faces a far wider field of rivals. The Nissan is still the most obvious alternative to the Peugeot, though, with its distinctive looks and ease of driving – though it's not especially spacious inside.

The Renault Captur was launched around the same time as the 2008 and has been a real success story for Peugeot's french rival. It looks smart, has an interior that comes close to matching the classy style of the 2008's and offers great value for money.

The Ford EcoSport and Vauxhall Mokka X somehow don't feel as desirable as the Peugeot, but there are loads about and they're reasonably priced. However, if you have a flexible budget the Skoda Yeti and MINI Countryman are both worth considering – the former being an extremely capable all-rounder.

The Peugeot 2008 is a very appealing machine inside and out, with lots of standard equipment and a high standard of construction. The interior is well laid out, and many owners enjoy the unusually small steering wheel which provides a clear view of the instruments above – although this can take some getting used to. A family of four will find the 2008 comfy, but it's a little tight inside for five. Some rivals have a bigger boot, too – the 2008's 350-litre luggage compartment is rather average. 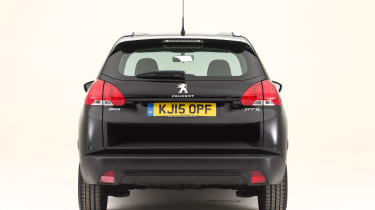 The 2008 has generally scored well in our annual Driver Power owner satisfaction survey and came a reasonable 16th out of 75 cars ranked in 2017. It's a very safe, useable and good value family car, although it should be remembered that the Peugeot isn't a genuine off-roader despite its SUV looks.

A lack of four-wheel drive means it won't cross the terrain that some 4x4 rivals can, although the Grip Control on some models combines specially designed tyres with advanced electronics to give extra traction in slippery surfaces – especially useful for rural dwellers. With a broad choice of cars available, if you choose the right engine and gearbox for your needs, your 2008 ownership experience is bound to be a happy one