How much tax will you pay on your new car?

Tax, including road tax and company-car tax, is an important part of any motoring budget 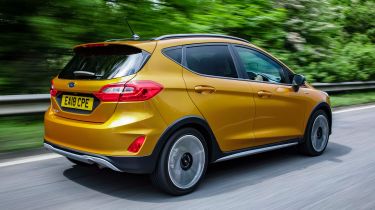 When you buy a new car, there are several forms of taxation you'll need to consider. It's good to be aware of these because they'll form an important part of the car’s running costs.

Vehicle Excise Duty (VED, also known as road tax) is especially important because failing to pay it means your car isn't legally allowed on public roads and you'll be liable for fines. You could even have your car confiscated if the police pull you over. You can quickly perform a vehicle tax check online. For the majority of private motorists, road tax is a relatively manageable cost and it's easy to make road tax online payments.

Another form of tax can, however, become a much more significant sum if you accept a company car from your employer because the government heavily taxes this perk under a scheme called Benefit-in-Kind (BiK). In this article, we explore and explain the various forms of tax you need to consider when buying a new car.

While it's not something motorists often think about, the most substantial chunk of tax is usually paid when you buy a new car. This is because of VAT, a 20% tariff on all new goods imposed by the government. When you look at the price of new cars, VAT is already included in the total cost of the car, usually referred to as the RRP or OTR price (Recommended Retail Price or On-The-Road price respectively).

Cars registered since 1 April 2017 have been liable for an initial tax payment that varies according to the car’s CO2 emissions. After the first year, VED becomes a flat rate. Like VAT, the first year’s tax is usually rolled into the advertised price for the car you'll see online and in the dealership.

The way VED payments are structured was changed in 2017 to incentivise the purchase of more efficient vehicles that are less polluting. Buy a car with zero emissions and there's no tax in the first year, while cars in the 1-50g/km and 51-75g/km range are liable for £10 and £25 respectively. However, the most polluting cars emitting over 255g/km of CO2 are liable for a first tax payment of more than £2,000.

VED, also known as 'road tax', is an annual fee that motorists must pay to use the UK road network. Before 1 April 2017 this was split into numerous bands based on CO2 tailpipe emissions.

After this date, the system was simplified into three bands. Zero-emission vehicles pay £0 in annual VED. All other petrol and diesel vehicles are liable for a £145 annual fee, which is reduced to £135 for hybrid vehicles and those running on bioethanol or LPG.

If you own a car you want to keep in storage and not use on the public road, you can cancel car tax by making a SORN (Statutory Off-Road Notification), which lasts for 12 months.

Company cars are seen as one of the most desirable perks of employment, but BiK liability can also make them a significant expense for the one million UK motorists who use one.

Which company car you choose can make a big difference to BiK payments. From April 2020, electric cars will fall into a 0% BiK band, so cost nothing at all. In contrast, a luxury petrol car with high emissions could cost over £10,000 a year in BiK tax.

If you have a company car with free fuel, which you also use out of your working hours, you're probably liable for the company-car fuel benefit.