Unlike the vast majority of its rivals, Toyota has taken the bold decision to offer the latest RAV4 with hybrid powertrains only. That doesn’t mean it’s short of rivals, as more hybrid SUVs have been introduced - including the Hyundai Tucson, Ford Kuga and Kia Sportage, while the Honda CR-V is also only available as a hybrid.

The entry-level version is described by Toyota as a 'self-charging hybrid', because it harvests the energy normally lost as you drive from deceleration and braking into a small battery. It doesn't have enough capacity to propel the RAV4 alone for any considerable distance but it means you’ll never need to charge it up by plugging it in. It’s technology that has been honed by cars like the Toyota Prius.

It’s still impressively efficient for an SUV, which is all the more surprising given its large 2.5-litre petrol engine. Thanks to the boost from its electric motor, fuel-efficiency is rated at up to 50mpg for the front-wheel drive model, with the all-wheel drive car capable of around 48mpg. Both models are company-car tax friendly thanks to CO2 emissions of 126-133g/km. This results in a medium Benefit-in-Kind (BiK) rating. 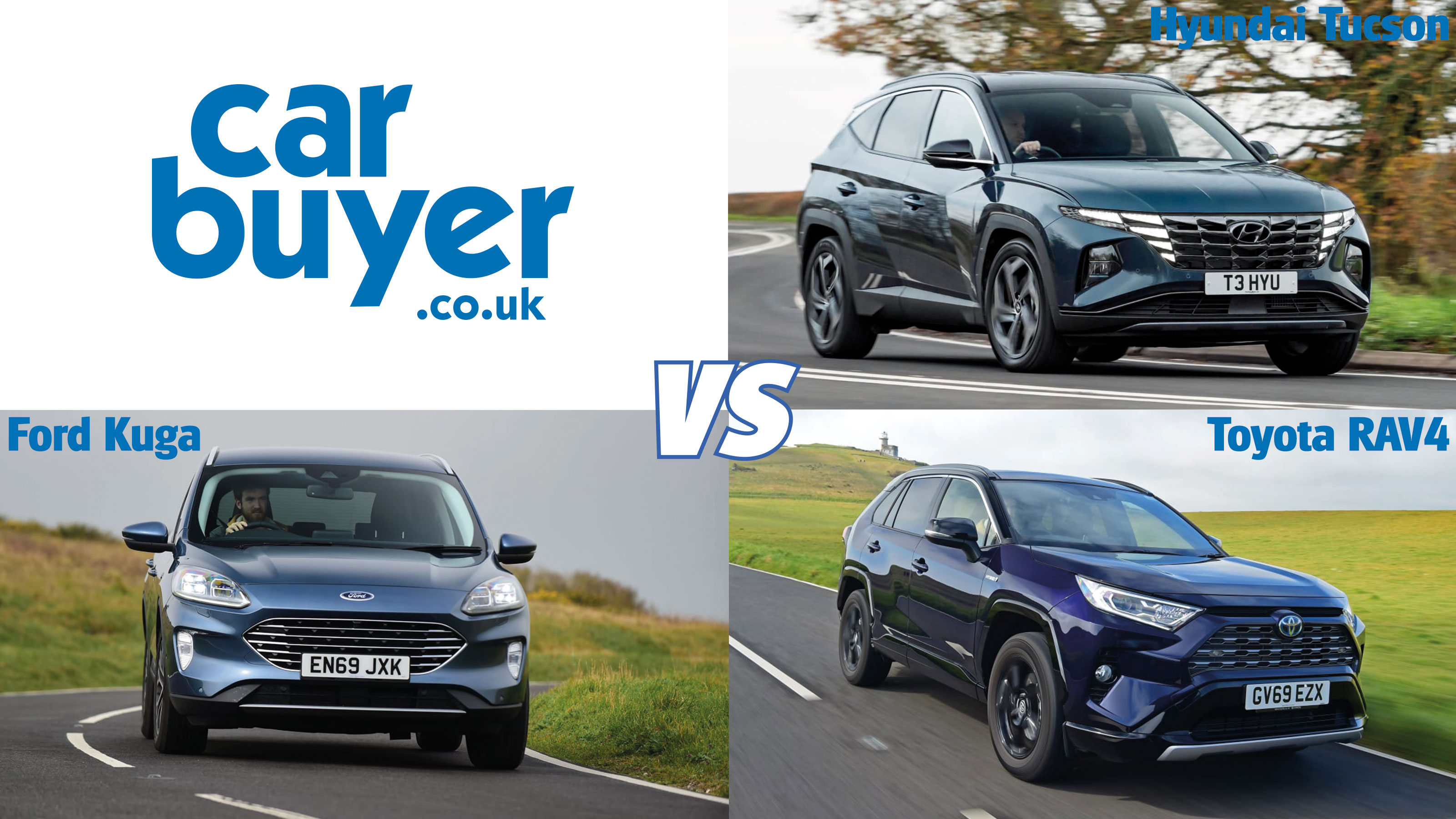 Hyundai Tucson vs Ford Kuga vs Toyota RAV4: which should you buy?

During our test with the front-wheel drive RAV4 Hybrid, we achieved just over 47mpg from a mixture of town and motorway driving. When driving in town traffic, we found that careful use of the accelerator makes it easy to maximise the car’s pure-electric running, achieving around 40mpg when the petrol engine was used too.

The PHEV is equipped with a much larger 18.1kWh battery, which means it can be driven for up to 46 miles without the petrol engine. Most of its rivals have smaller batteries and smaller range figures of 30-35 miles, albeit often with lower prices. During our test drive, we managed 35 miles of electric range without eking out the battery charge. Recharging takes around 7.5 hours using a three-pin plug, which reduces to 2.5 hours when a 7kW home wallbox is available. Its electric range helps it achieve official figures of up to 282.5mpg and 22g/km of CO2, making it cheaper to run for company-car drivers thanks to its low BiK band.

The RAV4 qualifies for a slightly reduced VED (road tax) annual payment, unless you really go to town with the optional extras and push it over the £40,000 mark, in which case there's a surcharge the first five times you have to pay tax.

The lowest-spec Icon trim with the hybrid engine sits in group 25 out of 50, which is a little higher than some rivals like the Nissan Qashqai. The new Adventure trim, set to be near the top of the range, sits five groups higher. Plug-in hybrid models start in group 36.

Toyota’s previous five-year warranty was pretty good, but in 2021 it announced a new ‘Relax’ warranty package. Now, you get up to 10 years’ or 100,000 miles of cover, as long as you keep having your car serviced at a main dealership. That’s a usual stipulation of carmakers’ warranty offers, but Toyota’s lengthened warranty also affects used cars too. Older cars, so long as they meet the above criteria, can get a year’s top-up warranty cover after a main-dealer service.

Toyota offers service plans to keep your RAV4 maintained without huge bills. Your dealer will be able to advise you on how much it’ll cost per month.