Kia has worked on safety, and peace of mind seems assured

Kia’s impressive warranty is the envy of the industry and has helped the brand to cement a reputation for reliability. Kia has put considerable effort into ensuring that this is the safest Picanto yet but buyers should be aware of the different safety ratings for the car depending on whether the optional safety pack is fitted.

The latest Picanto came an impressive 29th out of 75 cars in our 2020 Driver Power satisfaction survey. However, its maker does appear in our results, and made a very impressive account of itself. Just 11.1% of owners reported a fault within the first year - one of the lowest of any model. Kia also finished strongly in our brand survey, finishing second out of 30 manufacturers with only 13.3% of owners reporting faults with their cars in the first year of ownership. 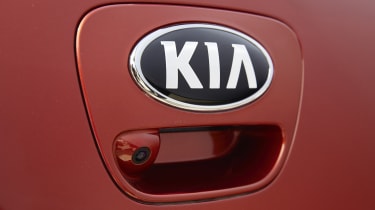 The latest Picanto makes far greater use of high-strength steel and bonded joints, both of which are known to help with structural rigidity. The car received four stars when it was crash-tested by Euro NCAP, but be aware that the rating only applies to cars fitted with the optional Advanced Driving Assistance safety pack which includes autonomous emergency braking – models without the pack are officially rated as three-star cars. Six airbags are standard on all models and a driver’s knee airbag is optional.