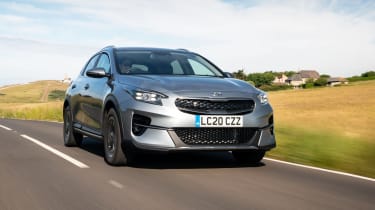 The Kia Ceed range seems to be growing all the time; besides the hatchback, there’s now a choice of the Kia Ceed Sportswagon estate, the Kia ProCeed shooting brake (a more coupe-like estate) and the Kia XCeed crossover, plus plug-in hybrid versions of the latter and the Sportswagon.

Not only is the Kia XCeed’s SUV-like styling on trend but it now gets a fashionable plug-in hybrid option too. With a petrol engine and an electric motor, most plug-in hybrids offer zippy acceleration and the promise of MPG figures so high you’d think they were typos. As the combined CO2 emissions are super-low, too, they’re a good choice for company-car drivers.

We say ‘most’ offer zippy acceleration because the XCeed PHEV actually feels a little sluggish. It uses the same powertrain as the Kia Niro and Hyundai Ioniq, neither of which are particularly quick, and the plug-in XCeed is also noticeably heavier than the petrol-powered model. Comfortable overtakes require planning and commitment, and the Sport mode doesn’t really improve proceedings.

Kia says it’s possible to return almost 200mpg but, like all plug-in hybrids, you’ll only get close to this if you mostly use battery power and drive at city speeds. You’ll get up to 36 miles of electric-only range from a full charge (slightly less if you spec bigger alloy wheels), while the XCeed PHEV’s 32g/km CO2 figure means business users will face a tax bill that’s almost two-thirds lower than that of a petrol or diesel. Clever touches like the option of driver-only air-con can eke out a little more range, too. 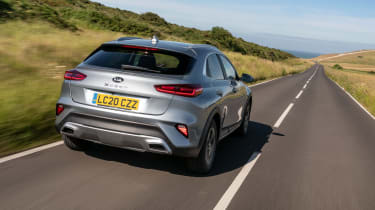 Two trim levels are available - ‘3’ and First Edition - and both feel upmarket enough to justify the top-of-the-range prices. There’s plenty of standard equipment, including a 10.3-inch touchscreen, and the areas you’ll touch regularly are soft and tactile. Space is good in the front but rear-seat occupants have a little less kneeroom than in petrol and diesel versions because of the bulky battery packs. Boot space is also heavily affected; you get just 291 litres compared with the 426 on offer in other XCeed models.

You’ve really got to love the XCeed PHEV’s styling to put up with the compromises because otherwise Kia’s own Niro is much more practical and potentially a little cheaper.

Kia’s headline-grabbing 201mpg figure is more of an indication of what’s possible rather than what you’ll get on a daily basis. To get close, owners will need to religiously keep the 8.9kWh battery topped up and limit regular driving to short trips around town. This is because the petrol engine not only takes over when the battery is depleted but also does most of the work at higher speeds, causing efficiency to drop. A diesel engine will still be more economical for higher-mileage drivers or anyone living in very hilly, rural areas. 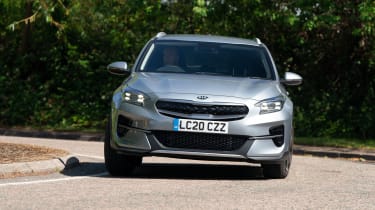 Plug-in hybrids are worth considering for company-car drivers; thanks to its 32g/km CO2 emissions, the XCeed PHEV’s Benefit-in-Kind (BiK) tax liability means costs will be substantially lower than the rating of the cheapest petrol or diesel model. Private buyers will pay slightly less in tax than petrol or diesel models at £140 rather than £150 per year.

Kia’s seven-year warranty is one of the best in the business, which will work in the XCeed’s favour versus some of its rivals if you’re planning to keep it for a few years. Service plans are also available and, judging by the firm’s calculator, you’ll pay £379 for two years’ servicing, £489 for three years and £879 for five years. MoT tests can be added for £35 each.

We’re used to PHEVs with plenty of power, but the Kia XCeed PHEV makes do with 139bhp, a 10.6-second 0-62mph time and a 99mph top speed. It’s not quite the slowest model in the range, but it feels heavy - blame the 171kg of extra weight over the diesel. 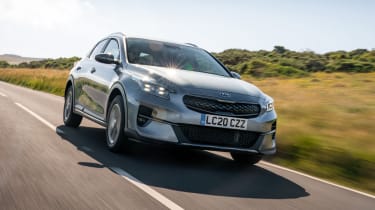 If you’re not bothered about the XCeed PHEV’s lack of pace, it’s still worth considering. Kia’s experience in plug-in hybrid systems means the two power sources work together seamlessly, which helps smoothness and refinement. We’re also glad Kia uses a great dual-clutch automatic gearbox for its hybrids, rather than a CVT, which can be noisy as you accelerate and feel rather unnatural. The six-speed gearbox isn't perfect, though, with slightly jerky shifts, especially when changing down.

There's decent brake feel, without too much corruption from the electric motor as it regenerates electricity, and the XCeed PHEV doesn’t lean too much in corners.

Kia’s been on a roll with its interiors recently and the XCeed PHEV has a stylish and well-appointed cabin. A Peugeot 2008 has more flair but the XCeed’s interior could easily be a BMW or Audi design, and as Volkswagen appears to be cutting costs, Kia interiors are improving. A 10.3-inch touchscreen takes centre stage, and it’s surrounded by plenty of soft-touch materials and the latest tech. When you’re driving alone, all air vents except the driver’s can be turned off to save energy. 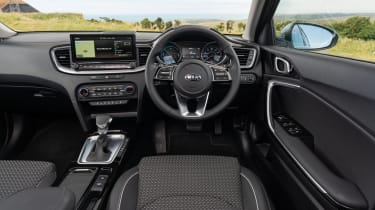 The PHEV is quite expensive but you do get a good array of standard equipment. There are two trim levels; ‘3’ is the cheaper of the two and includes privacy glass, LED headlights, heated front seats, a heated steering wheel, dual-zone air con, sat nav and a reversing camera. The First Edition model has bigger alloy wheels, a panoramic sunroof, leather upholstery, a powered tailgate, wireless phone charging and automated parking assistance.

The XCeed PHEV is refined on the move, a trait that's even more obvious in electric-only driving. It's also quite comfortable, with only the worst bumps upsetting the suspension.

Given that the Kia Niro offers a decent amount of interior space and a large boot, it’s disappointing that the company hasn’t managed to package the batteries very well in the XCeed. Front space is good and rear space is reasonable, but there’s a little less kneeroom on offer because the rear seats are pushed further forward than in petrol and diesel versions. 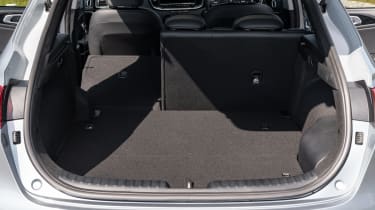 All other XCeeds come with 426 litres of boot space - more than a Skoda Kamiq and Toyota C-HR - but the plug-in hybrid version loses 135 litres. The remaining 291 litres is less than many superminis, including Kia’s own Rio. Most plug-in hybrids lose a bit of practicality, but losing so much boot space is disappointing. PHEV models come with a tyre repair kit instead of a space-saver spare wheel, too.

A towing pack is standard and, unusually, the plug-in hybrid powertrain offers the biggest towing capacity in the line-up at 1,300kg. 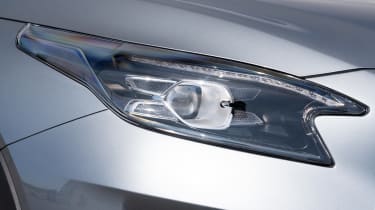 Like all new Kia models, the XCeed PHEV comes with a very generous seven-year/100,000-mile warranty, but Kia doesn’t suffer too many reliability problems anyway. In our 2020 Driver Power survey, the brand finished second out of 30 manufacturers and a slightly lower than average proportion of owners reported problems in the first year. The XCeed is too new to feature, but the Ceed came 18th place out of 75 cars ranked, and third overall for its infotainment system.