The Mazda2 is quite safe and popular with owners

Mazda’s reputation for reliability has remained consistently strong over the years, something that has been reflected in our 2019 Driver Power customer satisfaction survey, where the Japanese brand was ranked fourth overall out of 30 carmakers. Safety is equally reassuring: Mazda has significantly increased the proportion of high-strength steel used to build the 2 and the car comes with lots of safety features.

Mazda has scored consistently highly in our Driver Power customer satisfaction survey, occupying a top-ten place for the last few years. Mazda owners praise their cars’ dependability, as well as their build quality and in-car technology. In keeping with this theme, the updated Mazda2 should be a reliable car to own, with the previous-generation Mazda2 finishing 39th out of 100 cars last year, which is better than most superminis. 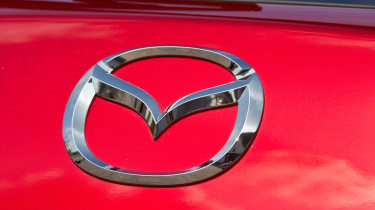 In common with many recently launched small cars, the Mazda2 was awarded four out of a possible five stars for safety by crash-testing body Euro NCAP. Its adult occupant protection was rated at 86%, child protection at 78%, pedestrian protection at 84% and safety assistance at 64%.

Standard equipment on all models includes mandatory items like anti-lock brakes with stability and braking assistance (which can increase the force of the brakes in emergencies), electronic stability control (which helps prevent spins) and traction control (which prevents the front wheels spinning when accelerating on slippery roads). Hill-hold assist and a tyre pressure monitoring system are also included.

Another reason we recommend the SE-L Nav over the entry-level SE-L is the extra safety kit it brings. Autonomous emergency braking and a lane-departure warning system are fitted, and the former has been shown to decrease accidents by almost 40%. The top-spec model also adds a driver attention warning.