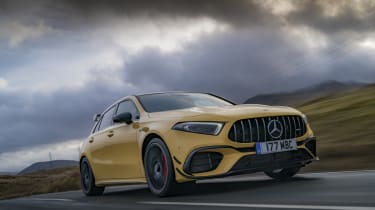 There's something of a battle going on between manufacturers to see who can produce the most powerful hot hatchback, and the Mercedes-AMG A 45 S currently wears the crown. With an incredible 415bhp from its 2.0-litre turbo petrol engine, it leaves the 395bhp Audi RS3 Sportback firmly in the shade, in what could be a heroic final fling for conventionally-powered performance hatchbacks before they start using emissions-reducing hybrid and electric powertrains.

Based on the standard A-Class, a model that comes with as little as 114bhp, the A 45 S has been fitted with metal bracing to stiffen up its chassis, wings, spoilers, sticky tyres and Mercedes’ 4MATIC four-wheel-drive system that can shuffle power both rearwards and from side helping the car to slingshot through corners at high speed.

Launching from 0-62mph in just 3.9 seconds and on to an astonishing top speed of 168mph, the A 45 S is fast enough to embarrass a number of sports cars in a straight line, outpacing both the Alpine A110 and Porsche 718 Cayman GT4. Its sports exhaust also provides a thrilling noise, too, emitting cracks and bangs as the dual-clutch automatic gearbox rapidly changes shifts between eight gears.

The car’s impressive performance figures are not the only surprise; for such a highly tuned and focused machine, the A 45 S is well mannered during normal driving - an area in which the old A 45 fell short. This is thanks to a clever new suspension setup, which not only makes it more comfortable to live with, but also makes it far more capable and easy to drive on winding B-roads. 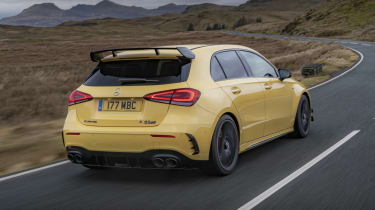 If the Mercedes-AMG A 45 S has one big issue, it's how much it costs. With a price tag of around £50,000 before options, it’s one of the most expensive family hatchbacks you can buy. Even with its class-leading high-tech interior and headline power figure, it remains to be seen if this hot hatchback can convince potential buyers of the Honda Civic Type R and Renault Megane RS that the extra performance on offer is worth the substantial price premium. Much will depend on the monthly PCP deals Mercedes offers.

More on -AMG A 45 hatchback 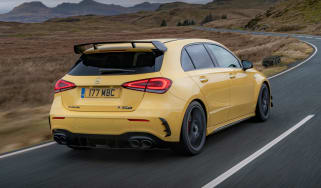 While hatchbacks might normally be used for trips to the shops, the hot hatch power war has resulted in the fastest models being quicker than most spo…
What is Mercedes 4MATIC? 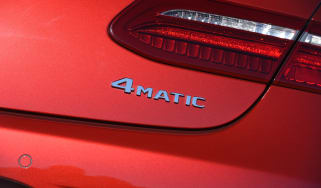