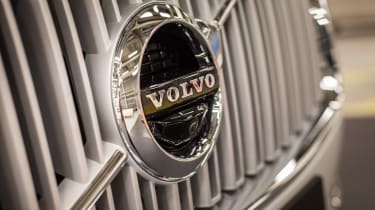 Volvo has been named Tech Brand of the Year at the first Car Tech Awards, while the Vauxhall Astra and Volkswagen Passat take individual model awards as Tech Cars of the Year.

The inaugural awards, which celebrate the best use of technology in cars, were judged by a team of experts from Alphr.com and Carbuyer, who tested under 45 different cars to select the winners in each category. To allow more affordable models to shine, too, the awards are split into two classes: cars costing under £25,000 and cars costing over £25,000.

Judges praised Volvo for the way it is using technology to deliver its promise of zero deaths or serious injuries in a new Volvo by 2020. They also cited Volvo’s superb Sensus infotainment system, which offers exceptional clarity and ease of use, and its co-operation with ride-hailing app Uber to further develop autonomous cars.

The British-built Vauxhall Astra was named Tech Car of the Year for cars costing under £25,000. The judges were impressed by the availability of Apple CarPlay and Android Auto, which allow certain features of your smartphone to be controlled using the car’s infotainment system. They praised the fact these features are fitted as standard across the model range, as well as the affordability of Vauxhall’s excellent OnStar concierge system. 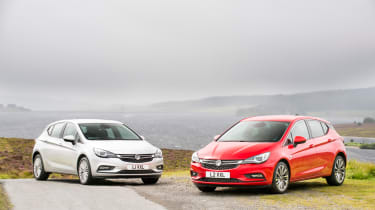 The Volkswagen Passat was a clear winner in its category – cars over £25,000. It was one of the few cars to challenge for top honours in almost every area. The Passat is available with Active Info Display, which replaces the car’s analogue dials with a crystal-clear digital screen, as well as Apple CarPlay and Android Auto. Its self-parking system is excellent and the car’s general build quality and common-sense layout sealed the decision for our judges. 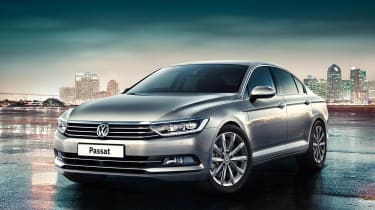 The Tech of the Year award for an individual feature went to the Audi Virtual Cockpit. It’s a system that hard to overlook if you’re buying a new Audi, not least because it’s so competitively priced. Virtual Cockpit replaces the car’s standard instruments with a huge full-colour screen providing stunning graphics. After one quick drive with the navigation on full-screen and the speedometer and rev counter shrunk down, and it’s obvious why it scooped this award. 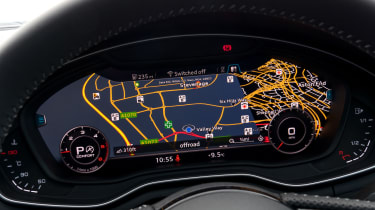 The Car Tech Awards cover areas including self-parking, driver assistance, audio and connectivity. Steve Fowler, editor-in-chief of Carbuyer, said: “Over recent years, the importance of car tech has risen dramatically. Where it used to just be a nice-to-have, the technology used in a car can make or break a potential customer’s buying decision.

“From in-car sat nav to parking assistance and self-parking to connectivity, the consumer is very demanding. Alphr.com and Carbuyer are both experts in their fields, so who better to join forces to create these brand-new awards that celebrate the very best technology available in cars today.”

The full list of winners is below – visit Alphr.com for more details of the judges’ verdicts.

With an enticing £550 price tag, there’s nothing cut-price about the Golf’s Dynaudio system. It delivers a rich bass and crisp trebles better than systems in cars costing several times more.

Despite being the standard system, the Skoda Fabia’s audio quality is deeply impressive. It delivers bass, mid-range and high-end notes extremely well and sounds great whatever you’re listening to.

The XC90’s B&W system impresses across the pitch range and is hugely atmospheric, delivering our test tracks with staggering detail, enabling individual instruments to be heard. Rarely has every nuance and detail of the music been so apparent.

This was one of the most closely-fought categories. Like the Volvo’s system, Mercedes’ Burmester delivered both high and low sounds with equal ability. In the end it came down to price – while the Volvo’s system costs £3,000, Mercedes charges £6,430.

With Apple CarPlay and Android Auto standard across the range, you don’t need to choose in-car navigation because you can view Google and Apple maps using the car’s display screen. There’s a full range of ports and inputs, along with optional wireless charging.

It’s the Apple and Android integration that the judges found most impressive about SYNC 3. The system is better at switching between its own interface and the Google and Apple-generated display than any of the others tested.

With plenty of hardware inputs, including USB, AV and twin SD sockets plus Apple and Android connectivity, the Passat can play music from pretty much any source. You can also control messaging, media and navigation apps using Siri and Google Now voice recognition.

The XC90 impressed with how easy it is to connect devices and how easy it was to use with the Sensus touchscreen system. Only the lack of Android Auto, and the fact that CarPlay is restricted to more expensive models, counted against it.

If there were an award for best-value technology, it would go to the Ibiza’s Navigation System, which provides user-friendly maps and crisp graphics. It also includes Media System Plus, which includes a 6.5-inch colour and Bluetooth voice control.

The Astra’s sat nav is clear and easy to understand, and when combined with Vauxhall’s OnStar facility optional, which enables a call centre to beam your destination straight to your sat nav, destination input simply doesn’t get easier.

Tesla’s Autopilot is streets ahead here. Not only does it brake, steer, accelerate and change lanes with self-assurance, keeping the car perfectly position on the road, the enormous amount of information provided to the driver gives total confidence.

The E-Class limits the circumstance when the system can be used, which is no bad thing. But when it does operate it does so with confidence. Despite being an optional extra, the cost of the autonomous drive with the car totals less than the Tesla.

The judges were impressed with how easy the Astra’s self-parking system was to use, and with the efficiency with which it manoeuvres into bays and parallel spaces. The system is part of a £595 Parking Pack, which bundles advanced park assist, blind spot alert and a rear-view camera, making it a suite of must-have features.

The C4 Picasso can park itself in bays and parallel spaces, and also has a useful exit-space function. All of these features work superbly. The 360-degree camera is slightly flawed in the way it produces its composite image and it’s a shame it’s only available as an option on top-spec models.

Mercedes does self-parking better than any other brand. In the C-Class, the system works the accelerator, brake, steering and even the gearshift for truly autonomous control.

The Jaguar XF was rated highly because its self-parking is so simple to use, with large touchscreen buttons to select parallel or bay parking. The XF can parallel park quickly and easily, and a 360-degree camera system provides additional confidence for the driver.

Responsive controls, a variety of input methods – including steering wheel controls and the MMI COMAND dial – as well as the option of Audi’s Virtual Cockpit: it’s features such as these that make the A3 is a masterclass in simplicity.

The Mazda3’s 7-inch display might lack fancy graphics, but it’s streets ahead of its rivals when it comes to how quick and easy it is to use. The ability to use either the touchscreen or the COMAND dial is a great feature, too.

The Volvo XC90 is in tune with modern connected living. Its large portrait screen is very readable, and swiping around feels more like you’re operating a smartphone than an in-car display. This is tech done properly.

Despite the number of connectivity systems the Passat has to offer, they are all easy to get to grips with and respond quickly to driver input, making it easy for the driver to get on with the business of getting from A to B.

Vauxhall’s OnStar system is brilliant, but the clincher is Automatic Crash Response, which can alert the emergency services to your location automatically and can even assess the severity of the damage.

If Volvo’s automatic emergency braking can’t prevent a collision with a pedestrian, an airbag that deploys from the base of the windscreen’s exterior should make sure they’re well protected. Judges praised both the feature itself and the lengths Volvo is going to protect all road users.

Subaru’s Eyesight is a package of excellent safety features, but the stand-outs are its warning when stationary traffic starts to roll in a traffic jam and its system that prevents the driver moving off when an object is in the way.