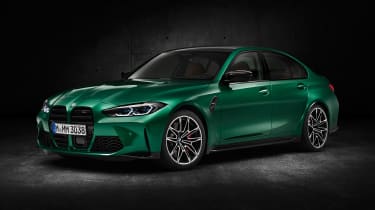 The new 2020 BMW M3 has broken cover, after several leaks and teasers in the past few months. UK customers will only be able to buy the Competition spec car, which gets 503bhp, an automatic gearbox and the choice of rear- or all-wheel drive. Prices are yet to be finalised, but you can expect to pay around £70,000 when it goes on sale in March next year.

The best saloon cars you can buy in 2020

When it hits showrooms, it will renew its rivalry with the Alfa Romeo Giulia Quadrifoglio and Mercedes-AMG C63. 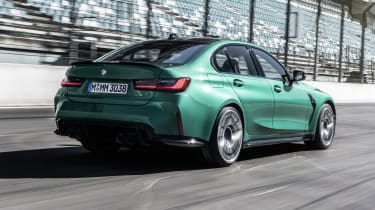 The M3 will look a lot beefier than the BMW 3 Series it’s based on, with flared wheel arches, a carbon fibre reinforced plastic (CFRP) roof and a reworked rear bumper featuring a diffuser and four exhaust pipes. It’ll get exclusive alloy wheels and the option of lots of carbon-fibre trim pieces.

The front end design is shared with the new M4 and 4 Series models, with a pair of vast nostril-like kidney grilles, large air intakes and a heavily contoured bonnet. The front and rear light clusters have been darkened, and it’ll sit on unique alloy wheels measuring 19 and 20 inches at the front and rear axles respectively. Four new paint colours are available, and you can have black or red brake calipers for the first time. 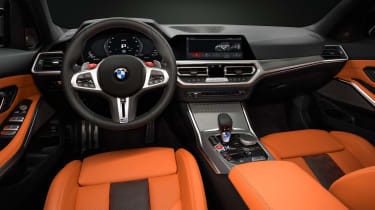 The interior of the M3 gets the dashboard design and all the new tech featured in the latest 3 Series range, including a 12.3-inch digital dial cluster, and the latest infotainment touchscreen with unique M Division specific graphics and readouts. It will offer the driver a more straightforward interface and fewer physical buttons than the old car, with the majority of the car’s functions operated by BMW’s latest iDrive 7.0 infotainment system. You can also expect contoured sports seats, complete with illuminated ‘M3’ logos in the headrests - similar to the design seen in the latest M5 Saloon.

While the new BMW M4 Competition coupe is strictly a four-seater, the M3 has the same amount of space for five adults as the regular 3 Series. For the first time, a BMW M3 Touring model will be added to the line-up in 2022. 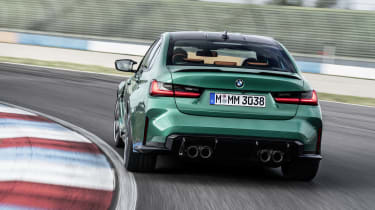 The new M3 will feature a turbocharged 3.0-litre straight-six petrol engine. While the specifications look similar to those of the engine in the previous model, it is in fact the new S58 unit used in the X3 M and X4 M SUVs. BMW has confirmed that only the 503bhp Competition spec is coming to the UK; other markets will also get a 473bhp version with a six-speed manual gearbox.

Both versions will be rear-wheel drive at launch, with the range-topping Competition model capable of 0-62mph in 3.9 seconds and a top speed of 155mph - or 180mph if you option the M Pro Package. According to BMW, a four-wheel-drive xDrive model will arrive in summer 2021. Efficiency figures aren’t too impressive, unsurprisingly, with 27.7mpg and 234g/km of CO2 meaning the M3 won’t be cheap to run.

Compared to the regular 3 Series, the new M3 receives several chassis upgrades including a stiffer front axle, a reworked locking rear differential, and electronically controlled suspension. It will also feature various switchable driving modes, including a Sport Plus mode that puts the throttle, suspension and gearbox into the sharpest and most aggressive settings.

Read our review of the BMW 3 Series to compare the standard model with the new M3, or check out our list of the best cars for driving enthusiasts. 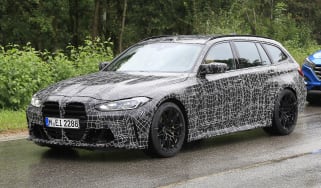 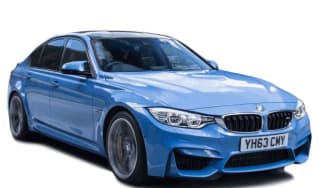