The BMW M3 nameplate is an iconic one and has represented the pinnacle of the BMW 3 Series range for 35 years. This is the latest, sixth-generation model, and it offers more performance, more tech and more aggressive styling than ever before. It’s sold alongside the BMW M4 coupe; this time around there will be a long-awaited BMW M3 Touring estate model too. Not only that, but for the first time in its history, you can also have a four-wheel drive M3 xDrive; this remains optional for now, so purists shouldn't panic just yet.

Even standard BMW 3 Series models look athletic, so BMW has pulled out all the stops to make the M3 stand out. Park the two side-by-side and you’ll notice much wider wheel arches and a carbon-fibre roof. There are also spoilers and side skirts, plus a large rear diffuser and four exhaust pipes. The front end is borrowed from the BMW 4 Series - it’s different from the standard 3 Series - and includes full-height grilles, sharp lines and bonnet bulges. 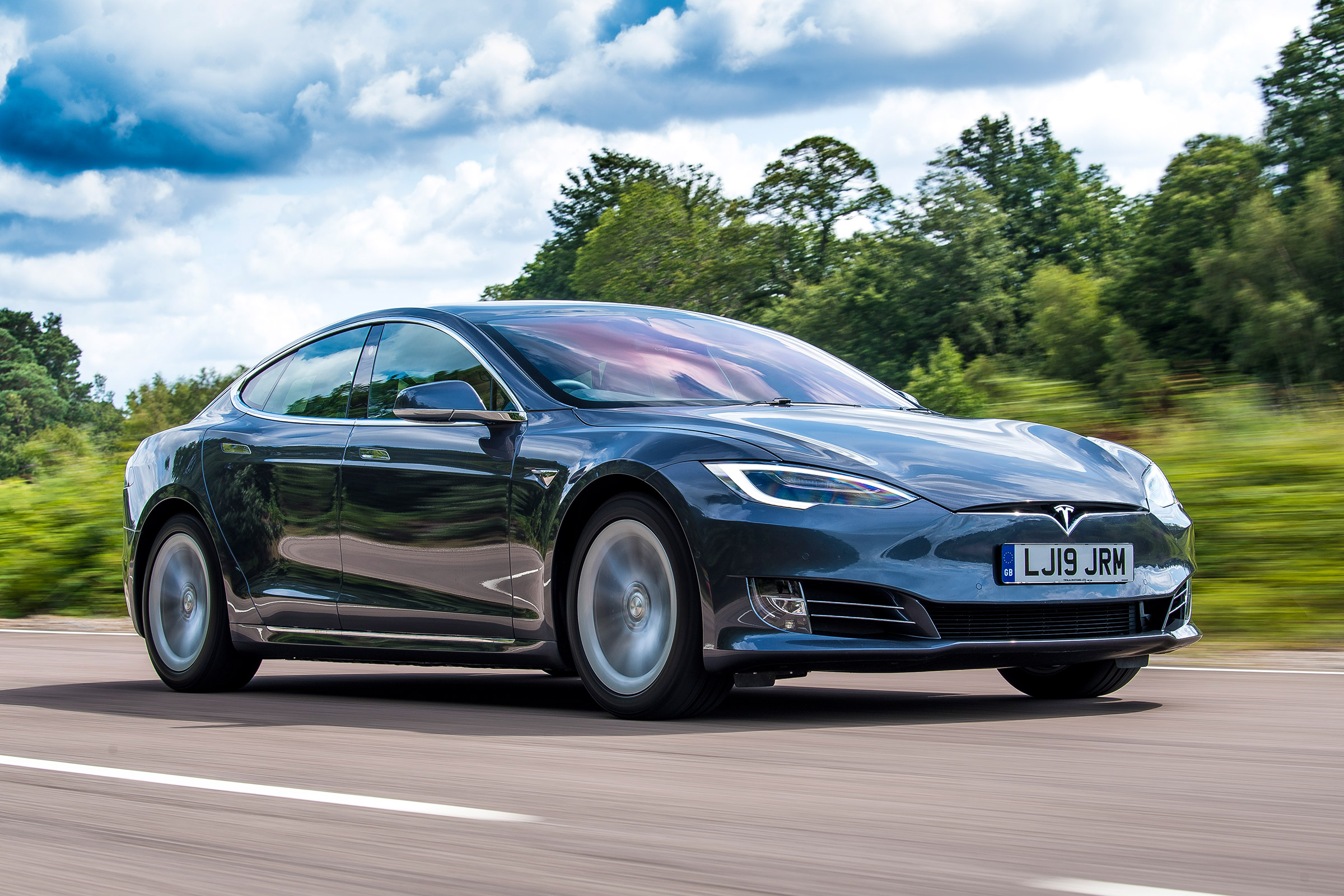 The M3 renews its rivalry with the Alfa Romeo Giulia Quadrifoglio and Audi RS5 Sportback, and a new version of the Mercedes-AMG C63 is inbound. There’ll be an estate version of the C63 to rival the Audi RS4 and the first-ever M3 Touring, which will join the range in 2022.

Other markets get the choice of two versions - a standard model and the BMW M3 Competition. Only the latter is available in the UK, as that’s the version UK customers tend to buy; it’s the same story with BMW’s other M performance models. The Competition has more power than the standard model and is only available with an automatic gearbox.

While the last M3 maxed out at 444bhp, the new M3 Competition offers 503bhp, knocking a tenth of a second off the 0-62mph time. While the concept of four-wheel drive in an M3 may take some getting used to, we found the extra reassurance it offers on a damp road to be very welcome, and the setup has been tuned to still feel rear-wheel drive most of the time. Running costs, as you might expect, will be much more expensive than a standard 3 Series.

Given the performance on offer, running costs are always going to be high, and the M3 is expensive to buy in the first place. In fact, it’s £15,000 more than the last M3 was when it went on sale in 2014. According to the WLTP economy test, the BMW M3 manages 28.8mpg and 224g/km with rear-wheel drive, while the M3 xDrive isn't much worse, managing 28mpg and 229g/km. Some of its rivals manage more than 30mpg, but this is unlikely to be a concern, since most owners won’t often be using their M3s for long motorway journeys. Less than 20mpg is probably more realistic in the real world.

Because the M3 costs more than £40,000, you’ll pay the extra surcharge for VED (road tax) until the car is six years old. If you’re going to have the M3 as a company car, you’ll pay the top rate in BiK tax due to its high CO2 emissions. Maintenance will probably also be more expensive than for a regular BMW 3 Series, and the cost of consumables, such as tyres and brakes, will be high. We’d also recommend getting insurance quotes before you buy one, because the M3 will be expensive to insure. At least the three-year warranty is the same as the standard car’s.

The BMW M3 leaves very little to complain about here
22

The price of the M3 may have increased but so has the power. Other countries get a 473bhp ‘entry-level’ M3 but UK buyers only get to pick the M3 Competition, which packs 503bhp. It means the M3 cracks 0-62mph in less than four seconds. That’s only one or two tenths quicker than the old model managed, so it might not feel drastically quicker. That's unless you go for the four-wheel drive xDrive, which uses its traction advantage to launch from 0-62mph in 3.5 seconds.

Near-endless settings make it possible to set up the M3 exactly how you want it, and it also allows the car to be comfortable when cruising; the car remains a four-door saloon, despite the performance, and you might want to do some long journeys in it. The new M3 feels a bit more mature and sophisticated than the old one but it’s still exciting.

With all the settings turned up the M3 is a different beast, capable of racetrack hot laps and embarrassing some outright sports cars. The fantastic chassis lets you know exactly what is going on, and the steering is quick and accurate. It’s a lot sharper than the old M3 and just a whisker off the Alfa Romeo Giulia Quadrifoglio in that respect.

There’s more grip than you’d expect from a 503bhp rear-wheel-drive car too, perhaps because the car now weighs more than 1,800kg. Not that you can feel its heft from behind the wheel, the car instead feeling nimble and agile. For the arrival of xDrive in the M3, BMW has revised the front suspension setup and steering, as well as fitting a clutch to distribute power between the front and rear axles with uniquely tuned software. In normal driving the M3 xDrive is mostly rear-wheel drive, only bringing the front wheels into play when slip is detected. When this happens, acceleration feels more predictable and less likely to kick out the tail unexpectedly.

There's also a drive mode that makes the M3 xDrive rear-wheel drive only, but this is only recommended on track where a skilled driver can power oversteer without the four-wheel drive system reacting. Far from ruining the M3, we actually think xDrive makes the car more accessible for the majority of drivers, and safer in the sort of wintry conditions common in places like the UK.

BMW needed to fit certain devices to make sure the M3 passed the latest emissions regulations, and they’ve muted some of the engine noise you used to hear. The exhaust sounds a bit muffled, even with the sports exhaust activated, but we don’t have any other gripes about the M3 driving experience.

While the M3's performance is undeniable, this doesn't come without a cost. For some, the suspension will be too firm, because on anything but the smoothest of tarmac it's constantly fidgeting. Here the Alfa Romeo Giulia Quadrifoglio has a real advantage, because its 'bumpy road' setting allows the adaptive dampers to smooth out rough British roads more effectively.

A high-quality interior comes as standard in the BMW 3 Series, including the brand’s latest infotainment system and a good balance between touch controls and physical buttons. The M3 stands out with a few red buttons, lots of M badges and racier sports seats - which you can spec in bright orange or blue if you wish. Carbon fibre-backed bucket seats are available as an eye-catching option.

Standard equipment includes a digital instrument cluster with M-specific graphics, adaptive suspension, parking assistance, heated front seats and upgraded LED headlights with high-beam assist. A carbon-fibre exterior pack is a £4,100 option. If you get too carried away with the options, you can bring the cost of the M3 to £100,000; that’s enough to buy a more powerful BMW M5 Competition.

While you’d expect the BMW M4 to be a little less practical because it’s a coupe, the same can’t be said for the M3. This is the one you’d buy if you need to carry people in the rear seats on a regular basis. Adults will be happier in the back than in the M4 and having a rear set of doors makes it easier to get kids in and out.

The standard BMW 3 Series is very spacious, so it’s the same story with the M3, although we expect rear legroom and visibility will be slightly affected by the bigger sports seats. There are a few handy storage cubbies dotted around the cabin and a big 480-litre boot behind the seats, even for the four-wheel drive xDrive version. Each rear seat can be folded individually, so the M3 can be even more practical if you need to use it for big items. The four-wheel-drive model, due later this year, might cut into boot space a little, while those that need a bigger boot or a hatchback will be keen on the upcoming M3 Touring estate.

The BMW M3 won’t be tested by Euro NCAP because it shares parts and crash structures with the regular BMW 3 Series, so it's reassuring that the standard car already has a five-star safety rating. It scored 97% for adult protection, which is one of the best results in the history of the test. Standard safety equipment includes auto emergency braking, lane-keeping assist and adaptive cruise control with stop-and-go functionality.

BMW came 27th out of 30 brands in our 2020 Driver Power customer survey, but it has shown some improvement in the last year, climbing to 21st in 2021. However, around 19% of owners still reported a fault in the first year, which is a bit worse than top rivals – Lexus was just 10%. Most premium German brands were towards the bottom of the list, however, and the equipment on offer - in particular the iDrive infotainment system - was praised.

For the first time in their history, the M3 and M4 are now available with all-wheel drive
2021 BMW M3 Competition saloon now on sale
BMW M3 saloon

"The BMW M3 is a legendary name among supersaloons, but while the latest version is good, its rivals have caught up"
BMW M3 CS limited-edition special launched
BMW M3 saloon

"The BMW 3 Series lags behind Audi’s A4 for comfort and ultimate practicality, although few cars are as fun to drive."