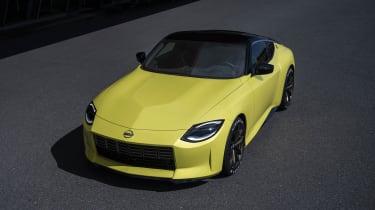 The Nissan Z Proto concept has been revealed. It previews the next-generation Z sports car, which will take over from the Nissan 370Z. Likely to be called the Nissan 400Z, the new model will pack a twin-turbocharged V6 petrol engine mated to a manual gearbox, but Nissan has confirmed the car won’t be coming to Europe.

The Z Proto is packed with design cues that recall its predecessors, such as a similar window line to the 370Z and rear lights like the early Datsun 240Z. Fairlady and Z badging also highlight the car’s lineage. The car is slightly longer and wider than the outgoing 370Z.

The next Nissan sports car will have a small increase in power, putting it closer to its main rivals, the Toyota Supra and BMW Z4. We expect around 340bhp from the standard model, and an extra 20bhp or so if a racier Nismo-branded model appears. It’ll still be rear-wheel drive, while a manual gearbox is likely too. 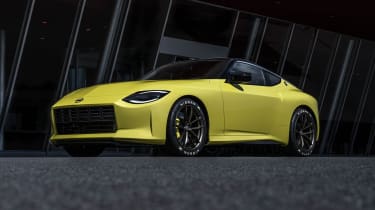 Although details are sketchy at this stage, it has been confirmed that the 400Z will get a new twin-turbo powertrain. The current car’s 3.7-litre V6 petrol engine looks increasingly old-fashioned - it’s naturally aspirated, incredibly uneconomical and has huge CO2 emissions (its 245g/km output is the same as the Ferrari Portofino).

Speaking to our sister website Auto Express at the 2019 Tokyo Motor Show, Nissan’s senior vice president of design, Alfonso Albaisa, said the company would always have a sports car like the 370Z. “It’s easy to imagine [a successor to the 370Z]. The current car has been a long time in dealerships, and you could imagine Giovanni [Arroba] and the designers working on it.”

Giovanni Arroba is Nissan’s head of design for electric cars, so a fully electric powertrain was suggested earlier in the car’s development.

The Nissan 370Z replacement will still be a two-seat sports car with limited practicality but the interior will get an overhaul to bring it up to date - the current car has been on sale for over a decade. There’ll be a digital instrument cluster and an improved touchscreen, which should have Apple CarPlay, Android Auto and a DAB radio for the first time. 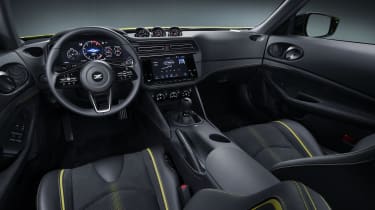 The car may offer different driving modes, with a more comfortable setting to make the car easier to live with on long journeys.

Nissan teased the car in a product plan video, which showed it’s committed to releasing 12 new cars by the end of 2021. The new ‘Z’ sports car was among them, along with the Nissan Ariya electric SUV and updates to the Nissan Qashqai and Nissan Navara.

Nissan has blamed low sports car sales and tough emissions regulations for its decision not to sell the next Z car in Europe. The company is instead focusing on its crossovers and electrification strategy.

Read our guides to the best cheap sports cars, the best driver’s cars and the best hybrid and electric sports cars. 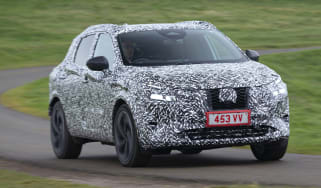 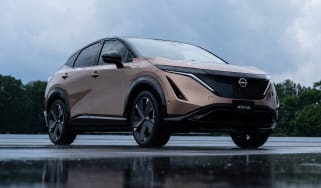