"The Nissan Juke Nismo RS is lots of fun to drive, without sacrificing everyday practicality"

Although it seemed an unlikely choice of car to showcase Nissan’s Nismo motorsport and tuning division’s official UK debut, in hindsight it was a clever piece of marketing. To take a decidedly unsporty car like the Nissan Juke and turn it into a proper driver’s car was a big ask – and one that Nismo has well and truly pulled off.

Far from a styling-and-stickers job, the the Juke Nismo RS packs a 215bhp turbocharged petrol engine, enough to put it on nodding terms with more conventionally shaped hot hatchbacks such as the Renault Clio RenaultSport, Peugeot 208 GTi and, crucially, the Ford Fiesta ST.

A car as tall as the Juke doesn’t naturally lend itself to the sports-car treatment, which makes its eagerness in corners all the more surprising. It hasn’t entirely forgotten its crossover routes, either – you can choose a four-wheel-drive version if you like, but its mandatory CVT automatic gearbox robs some of the manual front-wheel-drive model’s driver involvement.

When you’re not inclined towards enthusiastic driving, the Juke Nismo is as capable of family transport as the regular Juke – a high seating position gives everybody a commanding view out, although the small windows don’t let a lot of light in. The Juke seems no more spacious inside than an average supermini, and a narrow boot opening means it won’t handle pushchairs as easily as a Ford Fiesta.

If your children are a little older, though – or if you rarely carry passengers in the back at all – the Juke Nismo is an intriguing proposition. It’s a little firmer than the regular model, but not to the point of becoming uncomfortable.

The Juke’s 54th-place (out of 75) finish in our 2017 Driver Power satisfaction survey disappoints and 39.2mpg fuel economy is nothing to write home about either – the Fiesta ST is thriftier thanks to its smaller, lighter body. But the Juke Nismo certainly stands out from a crowd, and not for the wrong reasons.

Fuel efficiency is perfectly acceptable for a performance car like this

Turning a bulky crossover like the Nissan Juke into a sports car will inevitably lead to a degree of compromise, and the weight and shape of this British-built crossover means a high-performance version was never likely to win it any prizes for fuel economy.

All models cost £140 a year in road tax. While the Juke Nismo will lose more value over the first three years and 36,000 miles than a MINI Countryman JCW, that has to be balanced against the fact that the MINI costs more to buy in the first place. Nissan offers a fixed-price servicing package for the Juke Nismo RS that should help keep maintenance costs manageable.

Critics might argue that a performance version of the crossover alternative to a supermini is a car that nobody asked for. So it’s a delicious irony that the Juke Nismo RS is such a lot of fun to drive.

The Nismo RS is fitted with stiffer suspension and heavier-feeling steering than the standard car, meaning that it can change direction more quickly and generally feels more involving to drive. The turbocharged engine is quick to respond to a press of the accelerator, although its gets noisy at high speed. Nissan claims the manual Juke Nismo will accelerate from 0-62mph in seven seconds, on its way to a top speed of 137mph.

The four-wheel-drive version is slower, hobbled by a slightly uncooperative CVT gearbox and the additional weight it brings. Front-wheel-drive models also feature a limited-slip differential which allows the car to send more power to the wheel with the most grip. This means it can accelerate out of corners more easily, giving it an eager feel that the four-wheel-drive car can’t match.

NISMO’s tuning expertise can’t quite overcome the laws of physics, though, and the tall Juke still leans in corners more than a Fiesta ST, despite the stiff springs. However, for many, the novelty of a high driving position matched to such nimble handling makes up for it not quite being the equal of a Renault Clio RS across country.

Unless you really need an automatic, we can only recommend the four-wheel-drive CVT version if you do most of your driving on urban roads – which is rather a waste of the Nismo’s talents. And, while four-wheel drive is handy in the colder months, a front-wheel-drive car with a good set of winter tyres will provide a similar sense of traction and security on the road.

Stiff and bumpy ride, but not a lot firmer than the standard Juke

Considering that the suspension on the Juke Nismo RS is 10% stiffer than the standard car's, there really isn’t much impact on ride comfort. When driving at motorway speeds, the Nismo often bobs and jostles around over smaller bumps, but it’s still softer than the harsh MINI Countryman JCW.

The Nismo RS gets some nice suede-trimmed sports seats that are a great addition to the interior, because they manage to be soft enough to make long journeys comfortable, while also being supportive enough to hold you firmly in place in corners.

Wind and road noise are generally well suppressed, but there's a noticeable din from the wing mirrors at motorway speeds. The booming engine sound can get a little tiresome after a while, too.

Space is tight, but not a lot worse than competitors

Despite the Juke Nismo’s small SUV origins, there’s not a huge amount of space inside. The rear seats are rather cramped, due to the car’s sloping roofline eating into headroom, plus there aren’t really many storage spaces inside. In these respects, you’d be better off with a MINI Countryman JCW or a Renault Clio RS.

Models built after 2014 have a larger boot, so your two-wheel-drive Juke Nismo will enjoy 354 litres of room. Choose the four-wheel-drive version and this figure reduces to a rather less impressive 207 litres.

As safe and reliable as the standard Juke

The Nissan Juke was rated poorly for reliability in our 2017 Driver Power owner satisfaction survey of cars currently on sale in the UK. Of the owners who responded, 14.5% reported experiencing a problem with their car at least once.

The most common area for problems is the engine, and while customers raved about the Juke's infotainment system and exterior design, issues with running costs, rear passenger space and build quality brought down the overall score.

The difference between the Nismo RS and the standard car is mainly the enhanced 1.6-litre DIG-T engine and stiffened suspension, so it shouldn't be any less reliable.

Well equipped and well priced, but a lot more expensive than the Fiesta ST

Nissan was determined the Juke Nismo RS would be available to as many customers as possible, so it worked hard to ensure an affordable purchase price without compromising on standard equipment. The car comes with a 5.8-inch sat-nav screen, climate control, sports seats, a reversing camera and push-button start – not to mention its chunkier bodykit, LED running lights and 18-inch alloy wheels.

We like the optional leather and suede-trimmed Recaro bucket seats (£1,300), which provide great support and are surprisingly comfortable, with other Nismo RS touches such as red decorative stitching and additional suede trim. A tech pack (£900) is also offered, adding bright xenon headlamps, Nissan's 'Around View Monitor' camera, lane-departure warning and blind-spot warning. 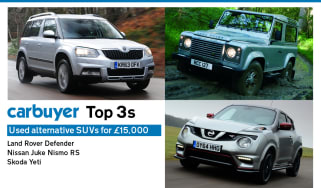 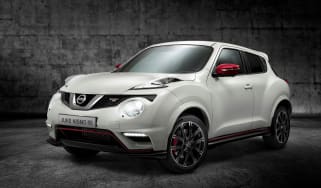 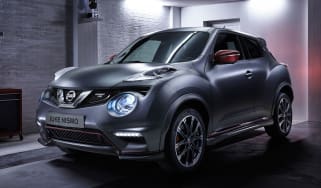 An even faster Nissan Juke Nismo has been unveiled in Geneva
LA Motor Show 2013: all you need to know 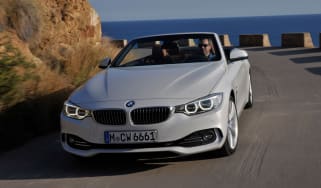 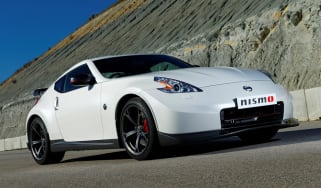