These are the top 10 most reliable SUVs on sale in the UK in 2020, ranked by you 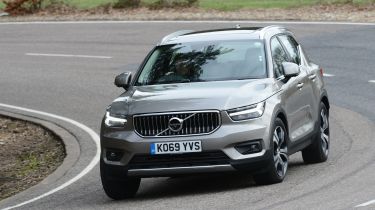 Owning a car should be a satisfactory experience at the very least but if your car proves unreliable and is forever between your driveway and the dealership, you’re unlikely to think of it positively.

While that’s true of any car, it could be particularly important for SUV buyers. Many people buy SUVs as family transport, and reliability could be just as important as any other aspect of ownership - after all, no one wants to be stuck on the roadside with family on board.

Our annual Driver Power survey is taken by thousands of new car buyers who report back on a range of issues, including reliability and customer service. We sift through all the data from these respondents, allowing us to create a list of the most reliable SUVs currently on the market. Check out our guides to the most reliable cars and most reliable small cars too. 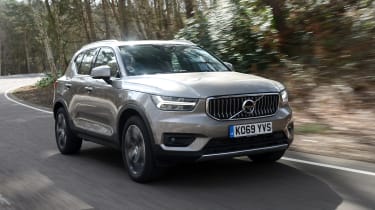 The most reliable SUV to buy this year is the Volvo XC40. In our survey it achieved a very impressive reliability score of 98%. Almost 16% of owners reported a fault in the first year, and most were blamed on the electrics, which suggests that the faults tended to be minor niggles rather than breakdowns. As well as topping the reliability chart, the XC40 took first place in our safety category and posted a highly respectable 14th-place finish overall. 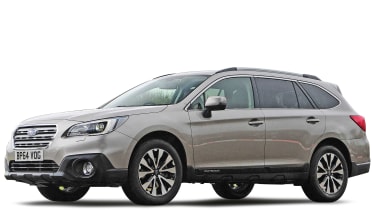 The Subaru Outback might not be an SUV in name but with lots of ground clearance, four-wheel drive and a big practical body, it certainly fits the bill. It’s not far behind the XC40 in terms of reliability, either, scoring 97.24% in this category. A lower-than-average 13.5% of owners told us their car developed a fault in the first year, and almost half of these were electrical gremlins. The Outback may not be the most economical car in its class but it’s very well ranked in other areas; it came second for safety features, fourth for build quality and ninth for practicality, and owners raved about its comfortable seats. These positives helped the Subaru achieve 17th place out of the top 75 cars. 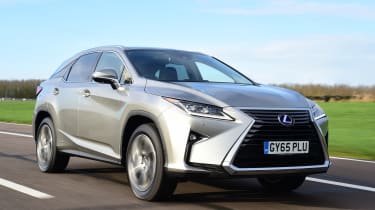 Besides high running costs and a frustrating infotainment system (a recurring gripe for most Lexus models), it seems Lexus RX owners can’t talk highly enough of their cars. The RX achieved a reliability score of 96.6%, partly thanks to just 9% of owners seeing a fault appear in the first year. Electrics were named as the main cause of problems. Elsewhere, it came second overall for build quality, third-place for safety features, practicality and styling, and sixth-place for smoothness. This is backed up by the RX coming third out of the 75 cars in our survey, while Lexus dealers are highly praised too.

The Peugeot 3008 pipped the Lexus RX into second-place overall, so it’s perhaps even easier to recommend. There aren’t any categories in which it scored badly and owners’ responses put it sixth-best for build quality, fourth for styling verve and seventh for smoothness. It scored 96.09% for reliability and a good proportion of the 11.8% of owners reporting snags mentioned recall work; this suggests the problem wasn’t with their individual cars but was a wider precautionary measure for all models. We’d recommend trying out the 3008 if you’re after a family-size SUV. 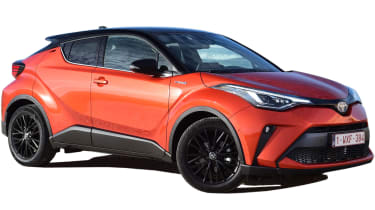 Few SUVs are more sharply styled than the Toyota C-HR; it looks more like a coupe than a crossover. This does affect practicality slightly but the C-HR garnered praise in plenty of areas in the survey. It came 10th overall in our build quality and safety categories, and scored a sixth-place finish for exterior styling. A 95.95% reliability rating is pretty good, and that 14.3% experienced a problem isn’t anything to worry about either. The hybrid-only C-HR came 25th out of all the cars in our countdown, with buyers also liking its low running costs and the driving experience. 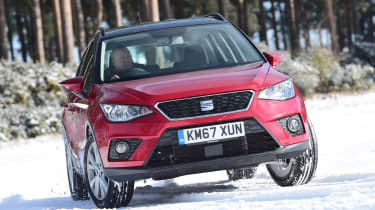 Smaller, cheaper cars don’t tend to fare so well in our Driver Power survey, but the SEAT Arona’s 22nd-place overall finish is the highest of any small SUV. It was the VW Group’s first compact SUV and it appears to have set a good precedent. Out of the 12.3% of owners reporting a fault in the first year of ownership, many talked about the Arona’s seatbelt recall, so it’s possible that the number of actual faults in vehicles might have been much lower. The overall reliability score was 95.88%, while the engine, styling and infotainment were other positives. 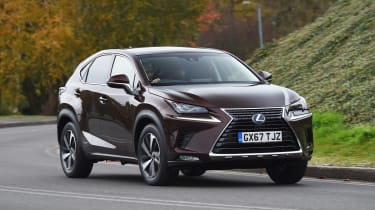 Much of the RX’s positives and negatives can be applied to the smaller Lexus NX, too - its media system was rated as one of the worst of any car and it’s surprisingly expensive at the pumps given its hybrid powertrain. A 95.74% score for reliability is good, and 88.5% of buyers who responded to our survey had a fault-free first year of ownership. Sat nav glitches were mentioned quite frequently where there were problems. NX owners seem to like the styling, interior, safety features and build quality. It finished in 42nd place overall, but that’s higher than both the BMW X3 and Audi Q5. 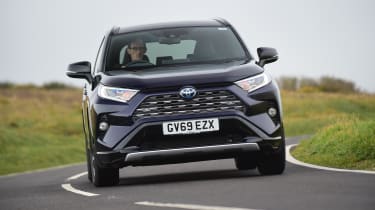 Toyota owns Lexus and it appears that many of the positives are shared between the two brands. The RAV4 scored 95.71% for reliability - almost identical to the Lexus NX - and the same percentage of owners faced problems, with a fifth of these related to the electrics. Toyota's largest UK SUV came seventh in terms of safety features and came close to the top 10 overall. It scores highly in nearly all sections, besides the disappointing touchscreen and stereo. Like the Lexus pair elsewhere in this list, the RAV4 is only offered as a hybrid, but fuel economy seems to be much more agreeable here, with MPG in the high-40s easily achievable. 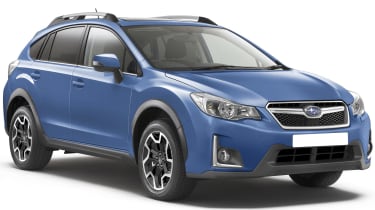 Those who love Subaru’s cars should enjoy fault-free motoring. A 95.66% reliability score corresponds with a lower-than-average 12.4% of customers mentioning a fault, and that’s not bad considering the XV doesn’t sell in the huge numbers other SUVs do. The XV also came fifth for safety features (Subaru’s EyeSight system includes plenty of driver assistance) and third for ride and handling, despite owners expressing dissatisfaction at the car’s driving experience and running costs. It finished 33rd out of the top 75 cars in our survey. 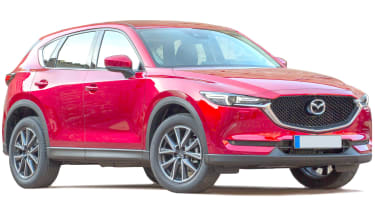 Mazda is on to a winner with the CX-5, as it scored highly in most categories. Good marks across the board translates to a thoroughly impressive top five overall ranking. The CX-5 should be painless to live with, backed up by a 95.52% reliability score and a ninth-place result for build quality. The fantastic interior is clearly wowing buyers, too - the CX-5 came seventh for interior and comfort. 13.6% of respondents mentioned a snag, but the majority of these were electrical glitches.