“The Volvo V60 Plug-In Hybrid is powerful, comfortable and impressively efficient, but it’s far too expensive to recommend”

The Volvo V60 Twin Engine is an efficiency-focused version of the standard Volvo V60 estate. There are two versions to choose from: the D5, with its 161bhp diesel engine and 67bhp electric motor, and the D6, which increases the diesel engine’s power to 217bhp. With a claimed fuel-economy figure of 156.9mpg and CO2 emissions of just 49g/km, the Twin Engine should be the default choice for business users, with London Congestion Charge exemption offering further savings. 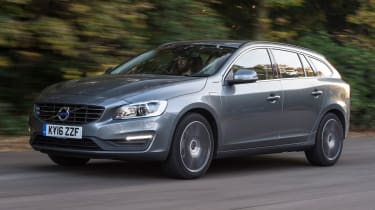 Prices for the cheapest Twin Engine version of the V60 start at around £15,000 more than the cheapest petrol-powered V60, so even when taking fuel savings into consideration, it’s a difficult car to justify. If you’re happy with the high initial purchase price, though, the V60 Twin Engine’s combination of a diesel engine and electric motor means it’s powerful, quick and economical, with a purely electric driving range of up to 30 miles. It’s almost as comfortable and easy to drive as its internal-combustion counterparts, too, with a comfortable, practical and well built interior.

It looks almost identical to the standard V60 (aside from some aerodynamic wheel trims), meaning it’s a handsome, understated car. It’s not as good to drive as rivals like the BMW 3 Series and Audi A4, but the Volvo’s trump card is that neither of those rivals are available with Twin Engine technology in estate form. The Mercedes C350e is the exception to the rule, though.

Excellent economy and emissions, and can run on batteries alone

The Volvo V60 Twin Engine is powered by a diesel engine in conjunction with a powerful electric motor and this combination allows the car to achieve fuel economy of 156.9mpg – more than double what the conventional hybrid version of the Toyota Prius can do, for example – although it’s unlikely most drivers will be able to achieve this in real-world driving. Both V60 Twin Engine models manage low CO2 emissions of just 48g/km, for a Benefit-in-Kind (BiK) rating of 9% and London Congestion Charge exemption. 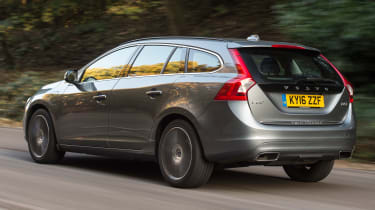 You can use buttons on the central console to toggle between Pure, Hybrid and Power drive modes. In Pure, the car will run solely on near-silent electric power for up to 30 miles, or until the batteries are depleted – although using things like air-conditioning will eat into the range.

Also, the batteries add weight, which increases the Twin Engine’s fuel consumption when running on diesel power compared to a standard V60. In Hybrid mode, the engine and electric motor work together in the most efficient way, while Power mode – as the name suggests – prioritises performance over economy.

The standard V60 estate is by no means a thrilling car to drive – it prioritises comfort over driver involvement, with heavy steering and body lean in corners making twisty back-road driving tiresome. The extra weight of the Twin Engine’s batteries and four-wheel-drive system dulls the driving experience further, and a slow-to-react automatic gearbox doesn’t help, either. 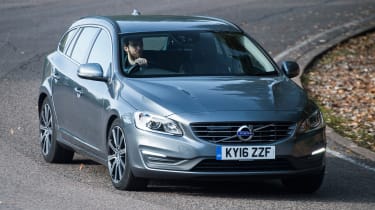 Both versions of the Twin Engine offer good performance, with the D6’s 217bhp diesel engine and 69bhp electric motor providing a 0-62mph time of just under six seconds in Power mode. However, While the V60 Twin Engine is comfortable and relaxing on the motorway, rivals from BMW, Mercedes and Audi are far more enjoyable to drive.

Comfortable seats, but ride can be rough on uneven roads

The V60 Twin Engine is a great motorway cruiser (thanks in part to its excellent seats) but around town its extra weight – together with stiff suspension – mean potholes and poor road surfaces make for a somewhat uncomfortable driving experience. The V60’s interior is well made and beautifully designed, though, so there’s comfort to be found here, at least.

Not as much room as rivals, but still one of the most practical plug-in hybrids

Because the V60 Twin Engine needs a charging point or wall socket to recharge its batteries, it’s only really practical if you have a garage or off-street parking. The batteries don’t compromise boot space compared to the standard V60, but the 430-litre luggage capacity trails that of rivals like the Audi A4 Avant and BMW 3 Series Touring, but is still much better than that found in the estate version of the Mercedes C350e hybrid, which only has 350 litres (down from 490 in its non-hybrid forms). 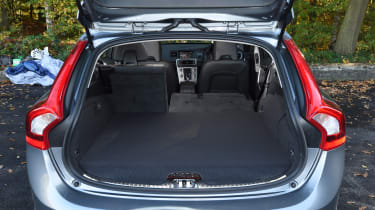 Even with the rear seats folded down, the V60 estate has less boot space than a Volkswagen Golf hatchback – although those seats do at least lie flat and there’s no load lip at the mouth of the boot, so it’s not entirely impractical. There are also numerous storage cubbyholes and the rear seats have plenty of room for adult passengers. It’s also worth noting that the V60 is – along with the Mitsubishi Outlander PHEV – among the most practical plug-in hybrids you can buy for the money.

While the V60 Twin Engine is too niche to have featured in our Driver Power 2017 customer satisfaction survey, Volvo itself finished in an impressive seventh place, with owners praising its engines and gearboxes, as well as seat comfort and safety. Just 15.7% of those surveyed reported a fault with their Volvo during the first year of ownership.

Fortunately, safety is an area Volvo knows well and this translated into a five-star rating in the V60’s Euro NCAP safety tests. The Twin Engine managed a 93% adult occupant and 83% child occupant score, while a 100% safety-assistance technology result is seriously impressive. Six airbags, electronic stability control and an automatic braking system mean driver and passengers are well protected, while those who want even more reassurance can specify the Driver Support Pack, which features blind-spot and lane-departure alerts, as well as pedestrian detection and collision warning systems.

Volvo fits a generous amount of extras to the V60 Twin Engine – mainly because the D5 version is only available in SE Nav form and the D6 in SE Lux Nav or R Design Lux Nav trim. Sat nav, keyless drive and power-folding mirrors are standard on all three, with the two Lux models getting such touches as active ‘bending’ xenon headlights and Volvo’s Active TFT Driver’s Information Display, plus much more. All this kit is welcome, but the fact that the V60 Twin Engine costs almost twice as much as a standard V60 means it pales in comparison to the purchase price. With the entry-level model costing almost £40,000 and the D6 climbing to £50,000 and above, it pays to try out the competition before taking the plunge – especially when you consider the current V60 is due for replacement in 2018. 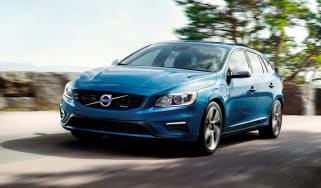