“The Volvo V60 estate is a stylish, practical and comfortable all-rounder that majors on relaxation rather than driving thrills"

Arriving towards the end of Volvo’s swathe of new model launches, the Volvo V60 could easily be seen as just a tick in the box marked ‘executive estate’. Instead it’s one of the best Volvos so far. No, it’s not as sporty as a BMW 3 Series Touring, but if design, comfort and practicality are more important to you, that won’t matter.

The V60 takes a slightly more relaxing approach to getting you and your luggage to each destination, making it a closer rival to the Mercedes C-Class Estate. It’s not as curvaceous as the last V60 – Volvo cites its main inspirations as the V70, 850 and 760 – and features like an upright grille and ‘Thor’s Hammer’ LEDs ensure it cuts a striking shape on the road. Its more chiselled tail also ensures it offers a much bigger boot. 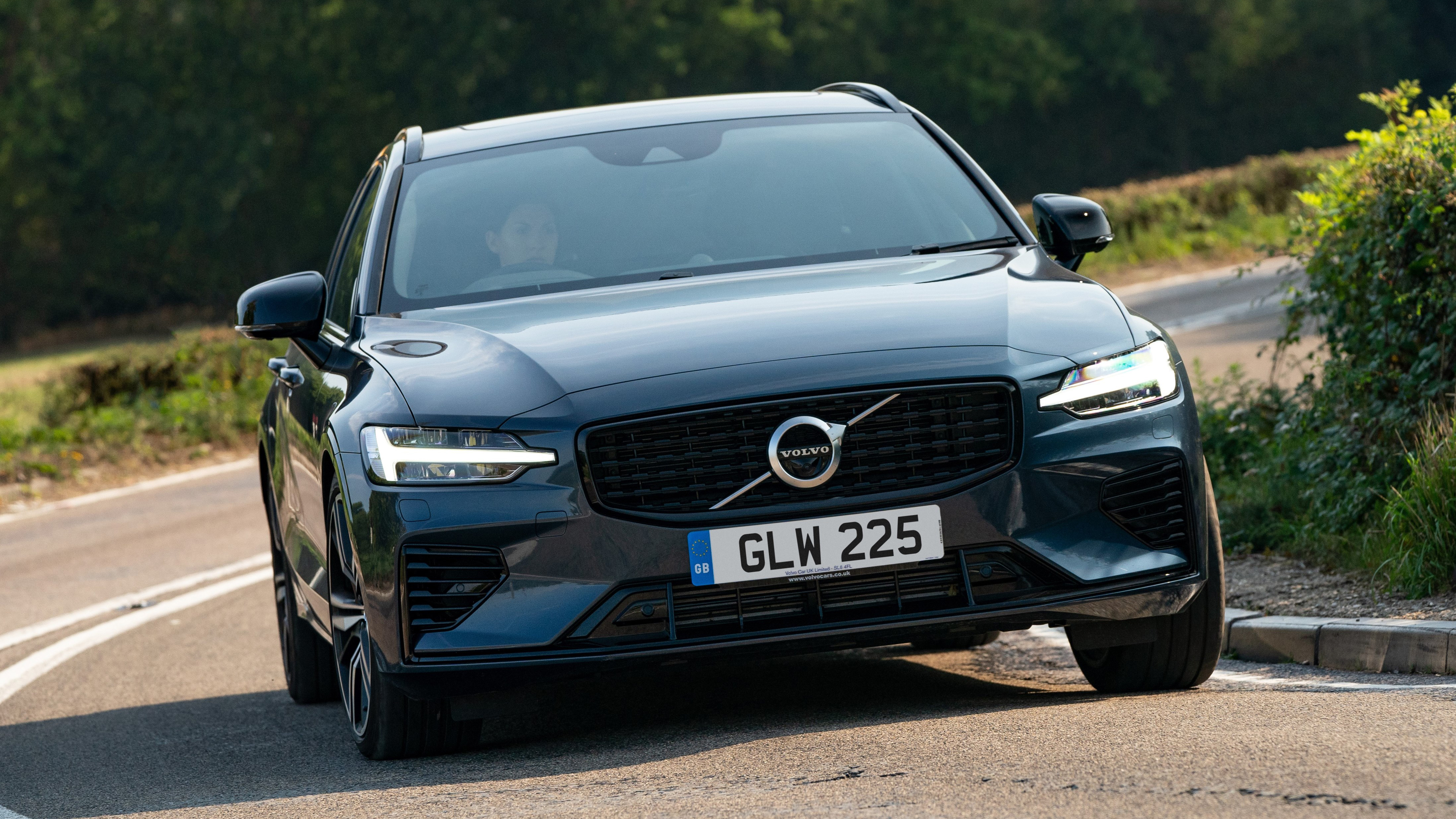 In fact, with 519 litres of space, its potential luggage volume is quite a bit more than that of the BMW or Audi A4 Avant, while there’s also more space for tall adults in the back seats. Not only is it spacious, neat touches like a boot divider to keep shopping bags secure and an optional three-pin plug socket makes it a strong contender for families. Caravanners will find its 2,000kg towing limit plenty, too.

There was just one diesel engine until late 2021: a 2.0-litre offering 194bhp that was badged B4 (D), but this has now been phased out as Volvo shifts to petrol, hybrid and electric powertrains. It could get from 0-62mph in 7.9 seconds and came with front-wheel drive and an eight-speed automatic gearbox. Perhaps more importantly than its performance, it could also return over 50mpg, making it a hit with high-mileage drivers.

The petrol range once consisted of the B3 (P), B4 (P), B5 (P) and B6 (P), with 161, 194, 247 and 298bhp respectively, but Volvo simplified in the range in November 2021, retaining just the B3 and B4 variants. All are fitted with front-wheel drive and an automatic gearbox as standard. These are also joined by the Recharge T6 plug-in hybrid, but the more potent Recharge T8 has also been discontinued. The Recharge T6 offers company-car drivers the lowest Benefit-in-Kind tax rating. The 2.0-litre turbo B4 (P) is the quickest standard V60, getting from 0-62mph in 7.6 seconds, thanks to its 195bhp power output. The help of an electric motor drops this to just 5.4 seconds in the T6 plug-in hybrid.

On the move, the first thing you’ll notice is that the V60’s steering feels extremely light when you pull away, because it’s designed to make driving in town and car parks a breeze. Resistance builds slightly as you go faster, for a more reassuring feel, and the suspension does a good job of filtering out lumps and bumps. The engine's feel admirably refined in the V60, too, while the Recharge T6 feels almost alarmingly quick.

The original Momentum, Inscription and R-Design trim levels were changed to Core, Plus and Ultimate at the start of 2022. The entry-level Core trim level comes with an impressive infotainment system and Google navigation with Google Assistant as standard, as well as a useful wireless mobile phone charging feature for all models except the V60 Recharge.

The top-of-the-line Ultimate trim level includes everything Plus offers as well as more driver aids, a 360-degree parking camera, a panoramic sunroof, tinted windows and an upgraded sound-system.

It’s hard to believe Volvos used to have a reputation for being dowdy – the brand recently topped Carbuyer’s poll asking British motorists to rank the best-designed cars, beating Land Rover and Mercedes. We can certainly see the appeal of the V60’s cool looks and stylish interior, and the fact it’s incredibly safe, comfortable and well equipped only makes it more desirable.

Choosing the best tow car can be tricky, so read our rundown of 10 great models. We’ve selected a range of cars with excellent towing credentials from…
Top 10 best hybrid family cars 2022
Hybrid cars

"The characterful Volvo V60 Cross Country is stylish, comfortable and can tackle terrain more extreme than most will ever need it to."
Top 10 best-looking cars 2022
Best cars

We set the cat among the pigeons and call out the 10 most stylish cars on sale today
Volvo launches Polestar Engineered performance versions of the S60, V60 and XC60
Volvo V60 estate

"Dear Carbuyer, I need a roomy, comfy car that can carry my family and dogs. Which estate should I buy for £15,000?"
Why the estate is still a great company-car choice (sponsored)
Sponsored

Why the estate is still a great company-car choice (sponsored)

SUVs might be flavour of the month, but company car buyers shouldn’t overlook the practical and stylish estate car
The New Volvo V60: the perfect company car choice (sponsored)
Sponsored