“Contemporary looks, the latest technology and great practicality make the Audi A5 Sportback an interesting alternative to top executive saloons”

Large family cars like the Ford Mondeo used to be among the best selling models in Britain, thanks to their space and practicality. However the market for them was almost completely killed off by more desirable saloons from prestige brands and interesting new body styles such as MPVs and SUVs.

So It seems a little ironic that Audi and BMW have seemingly reinvented the large hatchback market with models like the Audi A5 Sportback and BMW 4 Series Gran Coupe, but there’s no doubt they offer more practicality than a saloon. They are also designed to be almost as stylish as the coupe, with rakish looks and a level of passenger and luggage space you probably weren’t expecting.

If you aren't too hung up on your car's badge, you could also take a look at the Kia Stinger, and there are plenty of traditional rivals too, from executive saloons including the BMW 3 Series, Jaguar XE and Mercedes C-Class, to newcomers like the electric Tesla Model S. With taut lines, a low roofline and Audi’s trademark grille and headlights, the A5 Sportback can easily stand its ground in the looks department, and is arguably more desirable than the Audi A4 saloon it’s based on. 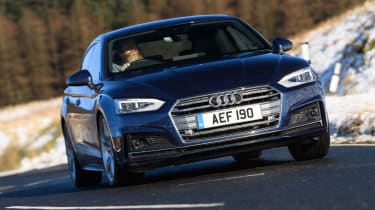 Engines include a 2.0-litre diesel, badged 35 TDI and 40 TDI, with power ranging from 148 to 187bhp, along with a petrol of the same size offering 148, 187 or 242bhp. A new addition is the performance flagship Audi RS5 Sportback, with its 444bhp V6 TFSI petrol and quattro four-wheel drive. The RS5 Coupe and Sportback models are best thought of as a separate entities, costing around £70,000 and offering supercar-like performance and handling - and we’ve reviewed them both separately. Audi’s famous quattro four-wheel drive system isn’t exclusive to the RS5 either, it’s standard with the 187bhp diesel, while automatic gearboxes can also be had across most of the range.

Out on the open road, the 2.0-litre diesel certainly serves up plentiful power and has a smooth character, that blends with the lack of tyre and wind noise to make the Sportback a great motorway companion.

Many A5 Sportbacks are bought as company cars, and petrol is becoming more popular due to the extra 4% tax applied to diesel models. The 2.0-litre 40 TDI diesel with 187bhp is a strong choice thanks to its economy of up to 48.7mpg and CO2 emissions of 153-156g/km, but it sits in one of the highest Benefit-in-Kind (BiK) bands for company car drivers. The lower-powered 35 TDI is still costly for business drivers although, due to the diesel surcharge, it's in the highest bracket. The lowest petrol is in the same band as the 40 TDI, and more powerful models sit in the top band.

After the first year's CO2-based road tax (generally included in the on-the-road price), all A5 Sportbacks cost £145 a year to tax. Those with a list price (including options) of more than £40,000 are liable for an additional surcharge of £320 a year in years two to six.

Inside, the A5 Sportback impresses – particularly in the front. Audi’s interior design has long been praised for its plush minimalism and excellent ergonomics, and this is just as evident in the A5 Sportback as it is across the upper reaches of the brand’s range. All models come with leather seats, sat nav, the latest smartphone connectivity systems and autonomous emergency braking, and it’s good to see that Audi’s Virtual Cockpit has come down a fair bit in price. Its slick digital dashboard display makes using the sat nav far easier and helps the A5 Sportback feel bang up-to-date. 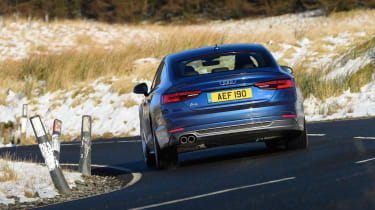 Rear-seat passengers pay the penalty for the Sportback’s graceful looks because the sloping roof reduces headroom, although there’s enough space for younger children. The large 480-litre boot is usefully shaped and, while there’s a fairly pronounced load lip to lift bags over, dropping the rear seats gives the Sportback a degree of practicality that’s surprising in a car with such streamlined looks.

There’s no question that the A5 Sportback has big practicality advantages over the A4 saloon and A5 coupe, and this helps to justify its extra cost. We suspect many will choose to spend a little more for the A5’s high-riding SUV stablemate, the Audi Q5, or its BMW X3 or Land Rover Discovery Sport rivals for their family-car needs. If you don’t want an SUV, though, the A5 Sportback is a stylish and enjoyable all-rounder.

More on A5 Sportback hatchback 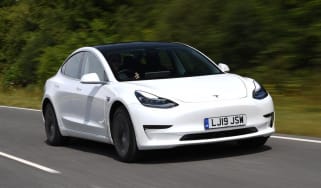 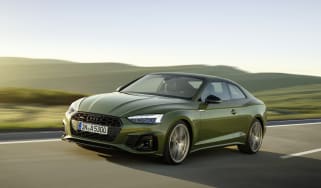 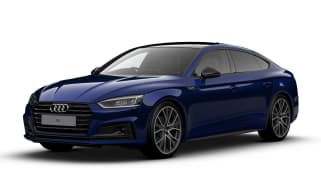 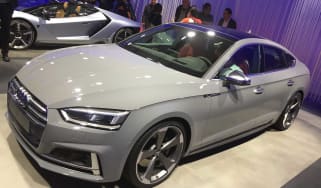 “The Audi A5 Sportback is due to be replaced soon, but its saloon-like practicality and coupe-style good looks still appeal.”
Skip to ContentSkip to Footer