Audi Q3 vs Volkswagen Tiguan vs SEAT Ateca vs Skoda Karoq: which should you buy?

These four SUVs have plenty in common, but should you choose Audi, VW, SEAT or Skoda?

The Volkswagen Group has plenty of experience building SUVs – it sells small ones, big ones, thirsty high-performance petrol ones, diesel ones, hybrid and electric ones. Here, we’re comparing its medium-sized offerings, designed to compete in the cut-throat family SUV class. There are some similarities between the Audi Q3, Volkswagen Tiguan, SEAT Ateca and Skoda Karoq, but differences too; here, we compare them to see which you should buy.

The Audi Q3 was the baby of the German carmaker's SUV range until the stylish Audi Q2 was launched in 2017, and the latest version of the Q3 launched two years later. It brought some much-needed styling verve; the first-generation car looked rather bland in standard form. Now, there's also a Q3 Sportback variant with a sloping roofline, rivalling the BMW X4 and Mercedes GLC Coupe. 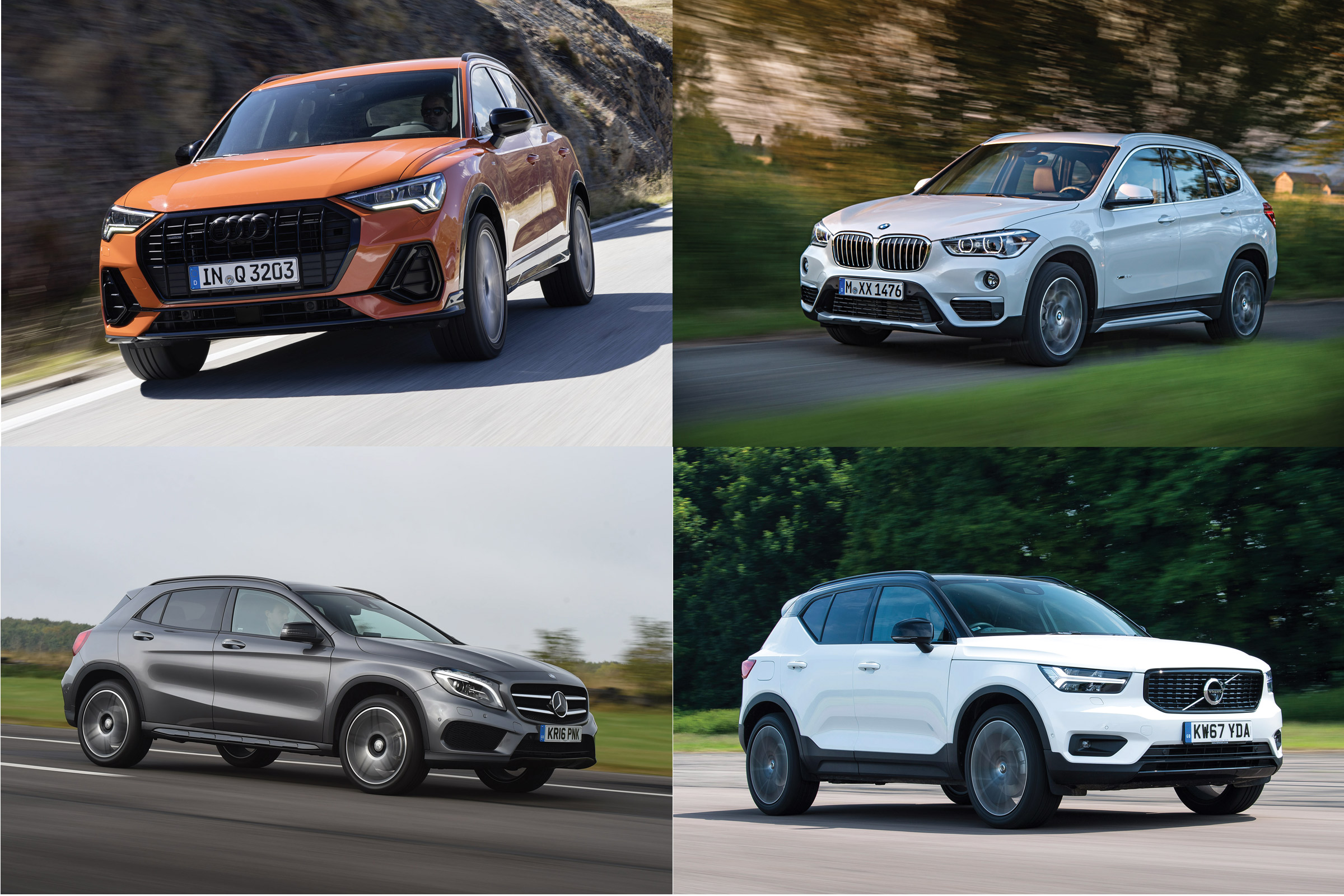 SEAT’s Ateca launched its SUV range, which now includes the smaller Arona and the seven-seat Tarraco. Likewise, the Skoda Karoq sits between the Kamiq and Kodiaq SUVs, while the Tiguan is just one of a host of VW SUVs. To keep each model fresh, the Ateca and Tiguan were facelifted in 2020, and the Karoq was rejigged in 2022.

Each one has a slightly different focus, in line with the respective brands. The Q3 is the most premium-feeling, while the Ateca has a slightly sportier bent and the Karoq focuses on practicality and value.

So, with tough competition from rivals like the Nissan Qashqai, Ford Kuga, Peugeot 3008 and Hyundai Tucson, why should you plump for one of the VW Group's offerings? And, should you save for a bit longer and set your sights on the premium Audi Q3? You may find that it works out less expensive than you think.

All four of our Volkswagen Group SUVs are enjoyable to drive, but each strikes a different balance between sportiness and comfort. The Karoq proves the smoothest, effortlessly soaking up bumps on a variety of road surfaces. The steering is sharp and precise, too, and it only leans gently into corners. While fun and safe to drive, though, it could never be termed 'sporty'. 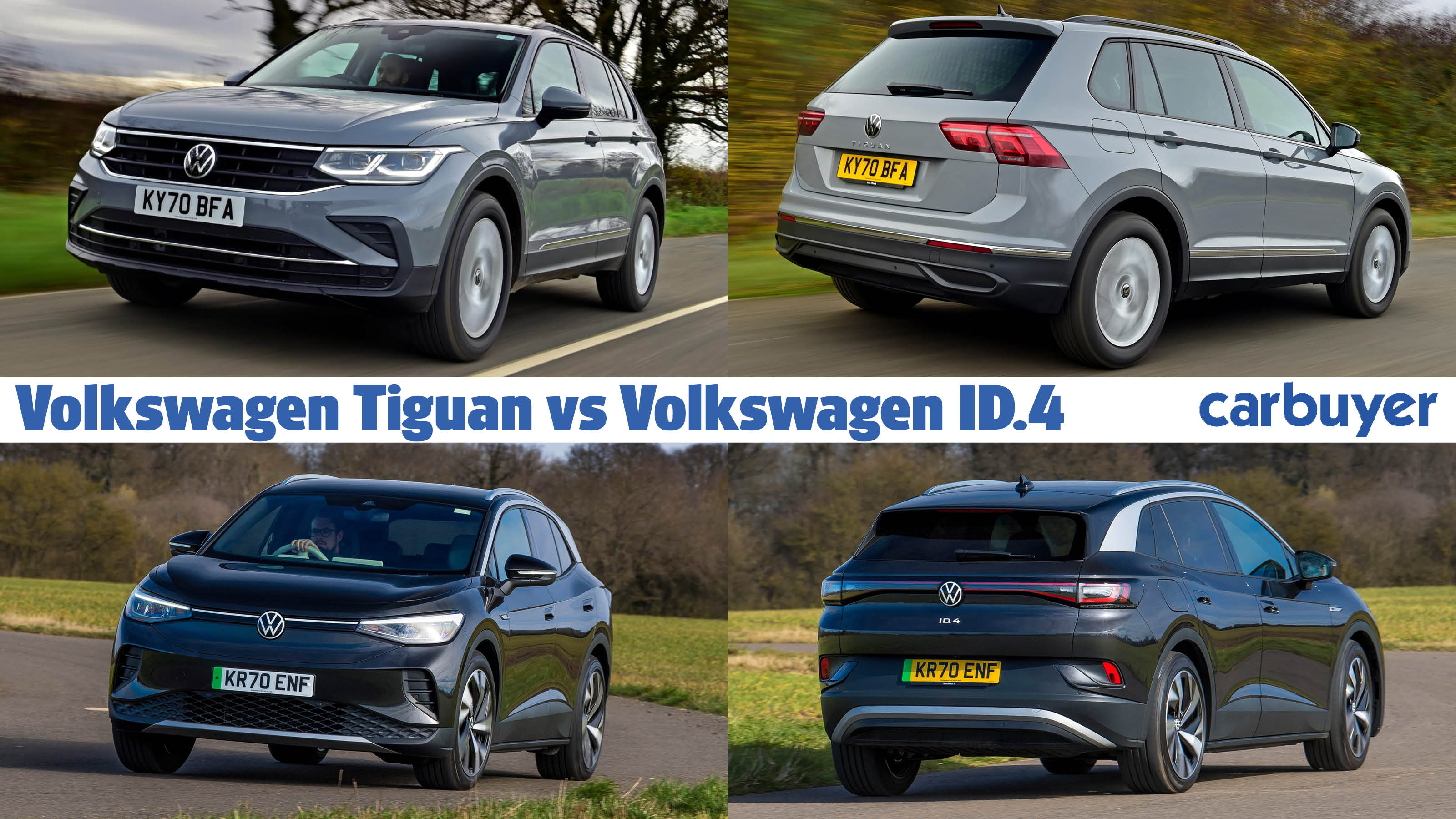 The Volkswagen Tiguan feels very similar, but its extra size brings a noticeable increase in weight that can be sensed through the controls. The R-Line version, with its stiffened suspension, makes the ride very firm but doesn't really contribute a more agile feel. The SEAT Ateca has a firmer ride than the Skoda, but doesn't punish passengers like the Tiguan R-Line, and feels eager to respond in corners. But the Audi strikes the best balance of smoothness and sportiness, cosseting passengers while eliciting a smile from the driver.

There's no doubt that the Audi's engines are more geared towards sportiness than those of the other SUVs, either – the least powerful 148bhp 2.0-litre diesel it offers is the biggest you can choose for the Karoq.

The smallest petrol engine offered by the Q3 is a 148bhp 1.5-litre, which SEAT Ateca buyers can also choose. It's a great all-rounder, and should return over 50mpg in the Audi and SEAT. If you expect to make a lot of short, urban journeys, you may find the smaller 1.0-litre petrol engine offered by the SEAT Ateca will better fit the bill, with claimed economy well above 50mpg.

Besides the Karoq, these SUVs all offer hot versions. The Cupra Ateca and Volkswagen Tiguan R use a 2.0-litre petrol with 296 and 316bhp respectively, while the Audi RS Q3 uses a feisty 2.5-litre five-cylinder engine with nearly 400bhp.

There are minor differences in fuel consumption, despite some of the same engines being shared across the board. A 1.0-litre or 1.5-litre petrol Ateca will manage around 50mpg, while the Karoq is a couple of MPG behind and the Q3 returns up to 44mpg with the 1.5-litre engine.

The powerful 2.0-litre petrol engine comes with four-wheel drive as standard, which reduces fuel economy by around 10mpg. Pick the fast flagship versions mentioned above and you’ll struggle to hit 30mpg. 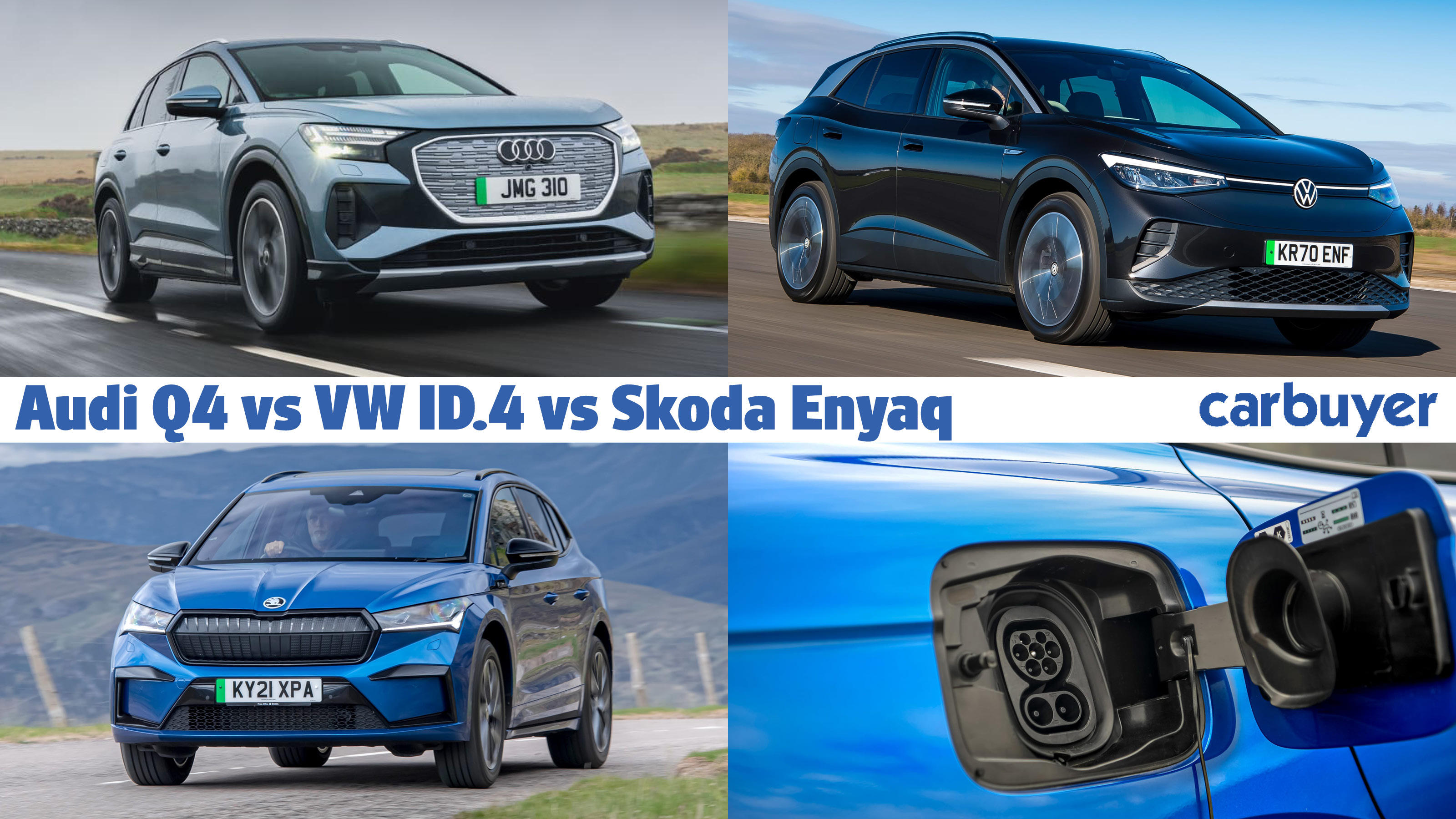 While the petrol and diesel versions are pretty economical, the Q3 and Tiguan (and the Cupra Formentor) also offer plug-in hybrid models that will bring low running costs if you recharge regularly. A full charge offers around 30 miles of electric range, more than 100mpg and low company car tax. All except SEAT now offer a similarly sized electric SUV to the cars we have here.

From behind the wheel, the Audi appears the most hi-tech of the four SUVs, but the truth is that many of its clever features can be added to the Volkswagen Tiguan at extra cost - and most are available on high-spec versions of the Ateca and Karoq. The Audi's standard 'virtual cockpit' digital dashboard is very similar to VW's optional 'active info display' and SEAT's 'digital cockpit', and is a classy feature but not essential for many buyers. The analogue dials of the Tiguan, Ateca and Karoq are clear and easily legible, and can all display navigation info when sat nav is fitted.

Only the Q3 has sat nav as standard, but the optional systems are actually all very similar in operation. In fairness, you may prefer to just use Apple CarPlay or Android Auto to control your smartphone's navigation apps through the car's infotainment system.

The Audi Q3 is virtually the same overall size as the Volkswagen Tiguan, and about 10cm longer than the SEAT Ateca and Skoda Karoq. All four cars are strict five-seaters, although there is a longer Volkswagen Tiguan Allspace that offers two extra occasional seats for children at the expense of boot space.

While the original Q3 was never especially generous for rear seat space, the latest model is much improved. Longer than before, some of its extra length went into increasing rear seat legroom, while there's also a sliding mechanism that allow you to choose a balance between rear seat space and luggage capacity. With passengers taking priority, there's 530 litres of load space. Sliding the rear bench fully forwards frees up a huge 675 litres, but leaves the rear seats best suited to children. If you don't need to carry rear passengers at all, folding the rearmost seats flat produces a massive 1,525 litre load bay.

A sliding rear seat is also standard in the VW Tiguan, and optional with the Skoda Karoq's VarioFlex system. Where fitted, the latter allows from 479-588 litres of luggage, compared to the bigger Tiguan's 520-615 litres. The SEAT Ateca's rear seats are fixed, and there's a 510-litre boot without compromising on rear seat space – it's in the same league as the Audi for legroom and headroom.

Beauty may be in the eye of the beholder, but image and reputation are very definitely defined by the masses, and there's no arguing the prestige that comes with the Audi badge. Its desirable aura means the Q3 has always been a sought-after secondhand buy, and that means used prices tend to be firm. That's good news for those who plan to buy new, though, as strong residual values make PCP financing surprisingly affordable.

The Audi Q3's starting price is considerably higher than that of the smaller Skoda Karoq, but the SEAT Ateca SE 1.0-litre TSI has the lowest entry-level price tag of all four. In part, that's thanks to the smaller engine it can be chosen with. The Ateca SE is actually relatively well equipped for an entry-level model – there's phone mirroring, dual-zone climate control, alloy wheels and cruise control. Opting for a higher trim level, such as the SE Technology or FR Sport, mainly brings additional trim upgrades and convenience features such as heated seats, which many motorists will willingly live without.

The entry-level Tiguan looked a little meanly equipped compared to the Ateca SE, but the new Life trim also brings LED headlights and adaptive cruise control. As with the SEAT Ateca, most will be happy with the standard kit offered by the entry-level Skoda Karoq SE, although the pricier SE L, with its Alcantara suede upholstery, heated front seats, reversing camera and sat nav still looks attractively priced against the Audi Q3.

It's unlikely that anybody will be disappointed by the amount of standard equipment the Q3 has to offer. In fact, the 'standard' model really only differs from the S line and Black Edition cosmetically. You can mix and match three interior and exterior schemes, and then dip into the options list to add sat nav and niceties such as adaptive suspension dampers. However, tick too many boxes and the price can easily soar way beyond where you started.

The answer to that question largely depends on whether you’ll appreciate the slightly plusher materials in the Q3. The Skoda and SEAT are better value so we’d recommend picking one of those, but the Tiguan’s mix of slightly better materials and a cheaper price than the Q3 have made it among the most popular SUVs – even if rivals are more exciting.

Read our guide to the best family SUVs to see how these cars compare with other rivals.