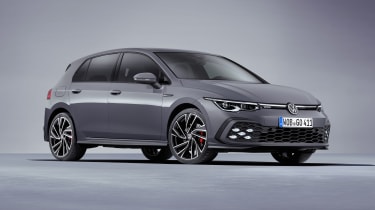 The new 2020 Mk8 Volkswagen Golf GTD has been revealed ahead of it's arrival in showrooms later this year. According to VW, it’s the most efficient Golf GTD yet, as well as the most powerful.

Best diesel cars you can buy

The latest GTD is also the most advanced, packing an array of new technology that we’ve already seen in the standard Mk8 Golf hatchback, including two dashboard-mounted screens. The car will be a direct rival to the high-performance diesel versions of the Ford Focus ST and the BMW 1 Series.

The new GTD is powered by a turbocharged 2.0-litre TDI diesel engine producing 197bhp (a 15bhp increase over the old car), making it the most powerful diesel engine ever fitted to a production Golf. Power is sent to the front wheels via a seven-speed dual-clutch (DSG) automatic gearbox as standard. The Mk8 GTD is the first to be offered without the choice of a manual gearbox. 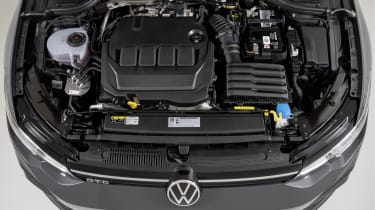 Performance details have yet to be confirmed but we expect the new car to improve on the 0-62mph-time of 7.4 seconds managed by its predecessor. An electronic differential is can also be specified to help improve traction.

VW says the new Golf GTD is the most efficient ever made, with the lowest emissions in the model’s history. It uses ‘Selective Catalytic Reduction’ (SCR) technology, which is also used in the TDI versions of the latest Volkswagen Passat. Referred to as ‘twin dosing,’ this system uses AdBlue (an additive used to reduce harmful diesel emissions), which is sent directly into a pair of catalytic converters mounted in the exhaust system, helping to reduce the car’s NOx emissions compared with the old model.

Similar to the new GTI, the GTD gets a sportier looking bodykit with a more aggressively styled front bumper. LED headlights and daytime running lights are standard, with an optional LED light bar that spans the width of the front grille. The lower section of the nose sports a honeycomb grille and x-shaped LED fog lights. 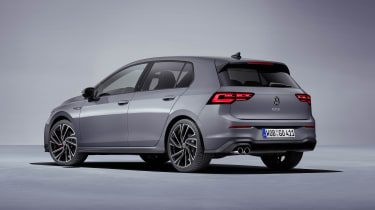 Elsewhere, the car gets 17-inch alloy wheels as standard with larger 18-inch and 19-inch designs on the options list. Silver and black contrasting bodywork accents also feature, with ‘GTD’ badges located on the front wings and the centre of the tailgate. The rear of the car gets a restyled bumper and diffuser, with a twin exhaust located on the left side.

Full UK specifications have yet to be confirmed, but it’s likely the new Golf GTD will have a 10.25-inch digital instrument cluster and 10-inch infotainment touchscreen system including VW’s ‘Discover Pro’ sat nav as standard. Connectivity tech is borrowed straight from the standard Mk8 Golf, including Apple CarPlay and Android Auto, and Car2X networking functionality that communicates with other cars nearby to help you avoid traffic jams. 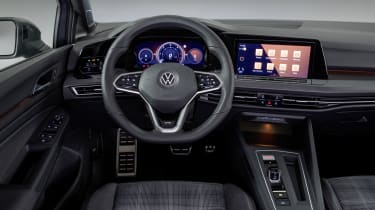 As with previous versions, the GTD gets front sports seats trimmed in black and grey upholstery. A flat-bottomed multifunction sports steering wheel is also fitted, featuring touch controls along with ambient interior lighting.

The GTD gets lane keep assist and autonomous emergency braking (AEB) with pedestrian detection, which is capable of automatically bringing the car to a halt if a hazard is detected.

The car also features VW’s ‘Travel Assist,’ which essentially combines the lane assist function with adaptive cruise control so that the car can drive itself with minimal driver input on the motorway.

At launch, only a five-door version of the GTD will be available. It’s more practical than the old car, with increased dimensions making it more spacious inside. VW has not confirmed the size of the boot but it should have the same 380 litres of space as the standard Golf hatchback. 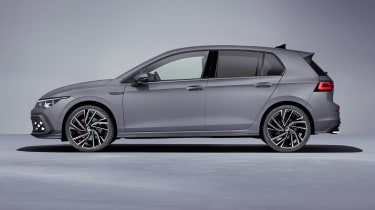 It’s expected that the new Golf estate will be announced later this year, leaving the introduction of an estate version of the Mk8 Golf GTD as a possibility at a later date.

The new GTD will arrive in showrooms this summer alongside the new petrol-powered GTI model, with the performance flagship Golf R arriving at the end of 2020. While exact pricing and specifications have yet to be confirmed, it’s expected it’ll cost slightly more than its predecessor, at around £31,000.

Want to know more about the Mk8 Volkswagen Golf? Read out in-depth drive review for everything you need to know.