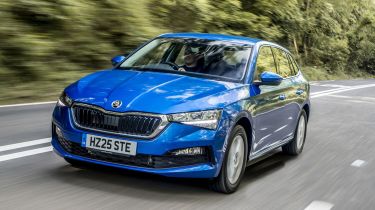 The Skoda Scala hatchback range is to get a new SE Technology trim level next month. Aimed at companies that run large fleets, the Scala SE Technology includes a lot of extra equipment over the SE spec on which it’s based. The SE Technology model starts at £21,055, just £400 more than the SE.

From launch, you can only order the SE Technology with Skoda’s familiar 1.5-litre petrol engine, which comes with the option of a six-speed manual or seven-speed DSG automatic gearbox. The engine is said to manage 49.6mpg with a manual, helped by cylinder deactivation that shuts down half the engine, and CO2 emissions are likely to put the SE Technology in the 29% Benefit-in-Kind (BiK) bracket for company-car drivers. Automatic cars return 46.3mpg and will probably sit one bracket higher. 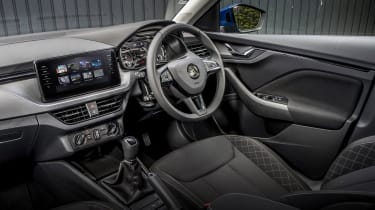 Skoda has confirmed that more engines will be available later in the year, with the 1.0-litre petrol engine and 1.6-litre diesel engine both expected to feature. The 113bhp petrol engine currently offers the best BiK rate at 27%.

The Skoda Scala offers a huge boot given its compact dimensions (467 litres) and it also comes with a range of practical touches, such as an integrated ice scraper in the fuel filler cap.

See where the Skoda Scala features on our list of the best family cars. 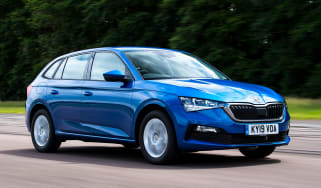 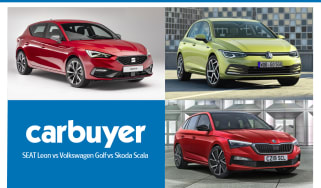 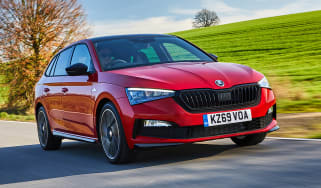