You don't have to buy an expensive car to benefit from an automatic gearbox - here are the best small automatic cars to choose if you'd rather not change gear.

The automatic gearbox is no longer reserved for high-end luxury cars, with buyers having a large amount of choice when it comes to picking a small car with a decent automatic gearbox. This is thanks to improved technology and manufacturers introducing an automatic gearbox option to a broader range of models.

In fact, there are very few cars on sale today that don’t offer the option of an automatic gearbox. Even small city cars can be specced with an automatic if you want. However, in our experience, these are difficult to recommend as they can be more expensive to buy, with slower acceleration while achieving slightly less miles-per-gallon and a higher CO2 emissions figure than their manual counterparts. 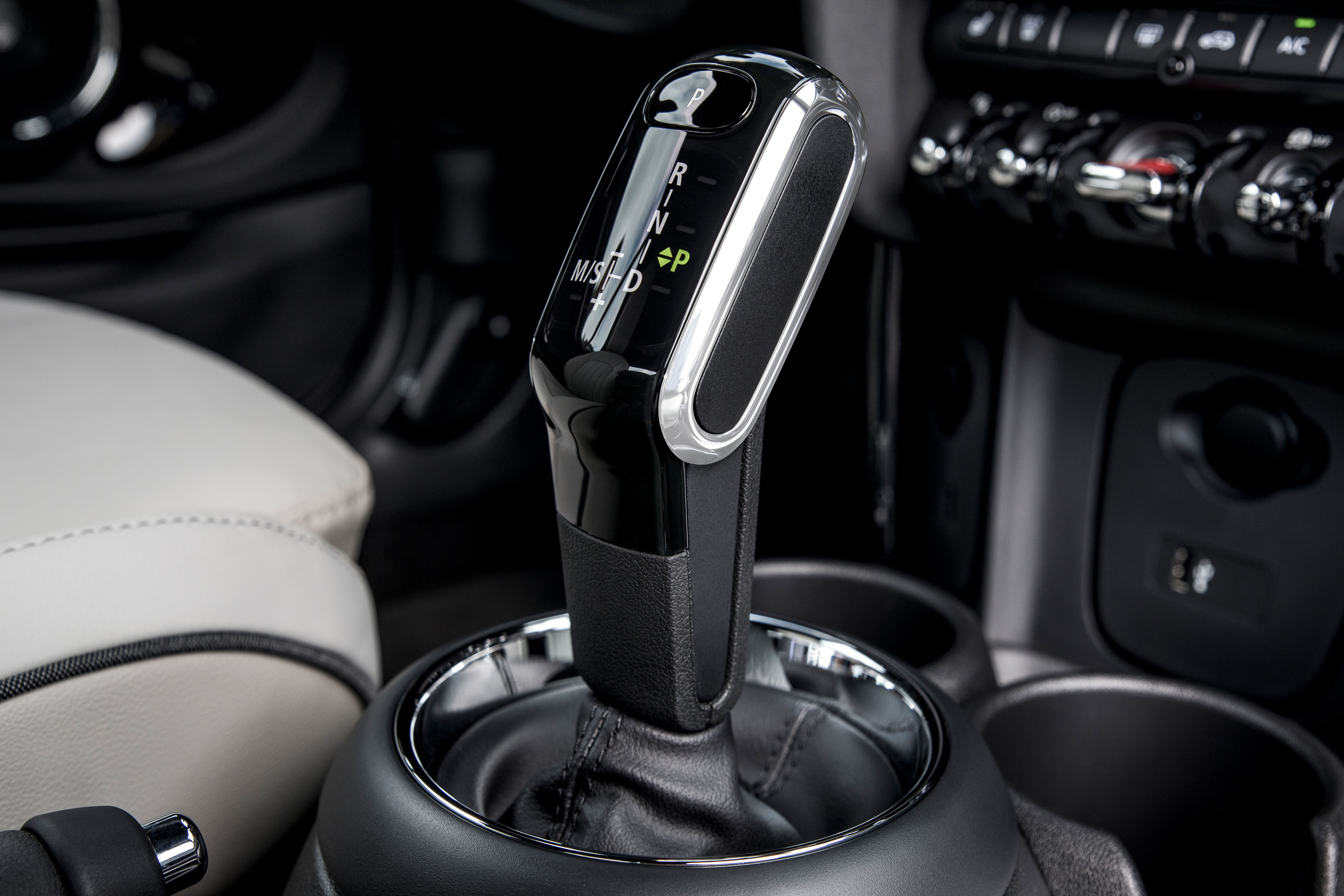 Stepping up to a slightly larger hatchback will get you a much more spacious car that’s still cheap to run and easy to park. In these types of cars, the automatic gearboxes are usually more refined with some offering a better driving experience than the manual variant.

It’s easy to see why automatic gearboxes have become more popular, especially if you spend a lot of time driving in city traffic. Letting the car do the work for you makes driving less of a chore, leaving you to concentrate on your surroundings and staying within the white lines. Most automatics will also make sure the car is in the most economical gear whenever possible. Of course, an automatic gearbox is a necessity for some drivers, so at least there’s plenty of choice.

Something you’ll need to consider is that there are different types of automatic gearboxes. Two of the most popular types are dual-clutch (often called DSG, S Tronic or Powershift by manufacturers) and CVT, which are often used in hybrid cars. We tend to prefer dual-clutch gearboxes to CVTs, as many CVTs are very noisy when you accelerate, leading to a lack of refinement. Our guide to whether you should choose a manual or an automatic has more information.

On this list, we’ve featured cars with a range of budgets and body styles, showing that there’s probably an automatic gearbox for everyone. Keep reading for our run-down of the best small automatics you can buy.

The five-door MINI drives just as well as the three-door, but the additional back doors make it far more practical with slightly more interior space and a larger boot. The five-door MINI still makes for an attractive buy over the three-door variant - it’s still stylish and drives like a go-kart on the road, and holds its resale value very well.

Choosing an automatic gearbox doesn’t mean you have to sacrifice any of this, as the MINI’s dual-clutch gearbox suits the car’s sporty feel. It shifts through the seven gears smoothly and quickly, and neither fuel economy or performance suffers when compared to the six-speed manual. The only thing we’d wish for is paddles behind the steering wheel, to change gears manually.

The latest Volkswagen Polo makes you question whether you really need a Golf. It’s only slightly smaller with a similar sized boot to the Golf, and the interior is one of the smartest in any hatchback. It’s now five-door only, which makes it more versatile and spacious, plus it looks sharp and is backed up by Volkswagen’s almost bulletproof reputation for reliability.

The Polo’s seven-speed dual-clutch automatic gearbox has minimal effect on fuel efficiency or performance, although you’ll have to factor in the higher purchase price. VW’s DSG gearbox is used in everything from the Polo to large SUVs like the Skoda Kodiaq, showing how reliable and versatile it is.

One of the funkiest small SUVs you can buy, the Citroen C3 Aircross is also unusual in prioritising comfort over sportiness. If you choose the automatic gearbox and changing gear is another thing that’s taken care of, meaning it’s even more relaxing to drive than a manual version. The automatic is limited to the 109bhp 1.2-litre petrol engine, but its 10.7-second dash to 62mph and 44.8mpg economy figure is about average for a car of this type.

Citroen’s small SUV also impresses with its practicality, its funky styling inside and out, and its array of safety features. Lane-departure warning, blind-spot monitoring and automatic emergency braking are just some of the technology features available.

The electric Renault ZOE grabs a place on this list because you don’t need to change gear - as there are no gears! Electric cars serve up all their power immediately, and you can enjoy smooth acceleration without any gear-change blips like you would in a petrol or diesel car.

The ZOE is one of the best mainstream EVs because it doesn’t cost the earth and offers fast-charging and an impressive claimed range of up to 245 miles. The interior feels a little plasticky in places and you’ll have to pay extra to lease the battery every month, but the ZOE offers similar practicality to the Renault Clio and could feasibly be your only car. Renault tends to offer good finance deals on the ZOE, which takes the sting out of EV ownership.

You might have spotted the Skoda Fabia Estate on some of our other ‘best’ lists, and none of the car’s plus points are spoiled if you spec the DSG automatic gearbox. It’s the same gearbox as the Volkswagen Polo and SEAT Ibiza, so the same qualities apply here. The gear shifts are refined and unintrusive, and it’ll use the highest gear possible to save fuel. You might find the car in seventh gear at a far lower speed than you might have thought.

The automatic is only offered on the most powerful of the three petrol engines with no diesel option available. While the DSG here is mostly smooth, it can be jerky during low-speed manoeuvres like parking. Elsewhere, the Fabia Estate impresses with its spacious interior, impressive practicality and strong equipment list.

Like most cars, you’ll have to pay extra for the automatic gearbox in the Hyundai i20, but you’ll recoup some of that money with slightly improved fuel economy figures. The auto manages around 49.6mpg in mixed driving, compared to an approximate 47.9mpg for the manual with the same 99bhp 1.0-litre turbocharged petrol engine, which is boosted by 48-volt mild-hybrid electrical assistance. This is the only engine with the option of an automatic gearbox, but acceleration from 0-62mph takes half a second longer than the manual.

You’d notice the difference if you drove the two cars back-to-back, but the automatic’s 11.4-second time isn’t too bad for a car of this type. The gearbox is reasonably smooth at low speeds, and overall, the Hyundai i20 is a good choice in the small car class. All cars come with air conditioning, a seven-inch touchscreen and smartphone mirroring.

When DS became a standalone brand from Citroen, the DS 3 hatchback and convertible were pushed upmarket to compete with the MINI, the Fiat 500 and the Audi A1. To highlight its premium intentions, the DS 3 is only available with an automatic gearbox. Just like the MINI, we’d like some steering wheel paddles to have the option to change gear, and the DS 3 is also only sold with a 109bhp 1.2-litre three-cylinder petrol engine. This engine manages 0-62mph in 9.9 seconds, with a top speed of 121mph and a claimed economy figure of 44.8mpg.

Volvo’s cheapest SUV, the XC40, is easily the most expensive car on this list, but it’s one of the most desirable and premium small SUVs. Its interior feels just as premium as Volvo’s larger cars, and its portrait touchscreen and layout gives it a hi-tech feeling interior. The distinctive styling offers a range of beautiful features, like the ‘Thor’s Hammer’ daytime running lights and the contrasting roof. Plus, that Volvo badge is a by-word for an impeccable safety record.

There is a range of mostly powerful petrol and diesel engines to choose from, and an eight-speed automatic gearbox is standard with the more expensive engines. The T5 Recharge plug-in hybrid version is also available, combining a 1.5-litre petrol engine with an electric motor and a 10.7kWh battery. The automatic gearbox doesn’t impact fuel economy too badly and suits the Volvo’s relaxed character.

An automatic gearbox in a driver’s car like the Mazda MX-5 might seem like a niche choice, but if you spec one in this small convertible, you can concentrate on the driving and let the car do the work for you. It’s only offered on the costlier 2.0-litre engine on the RF coupe, itself more expensive than the fabric roofed MX-5 Roadster. It does blunt the car’s acceleration slightly, yet a 0-62mph time of under eight seconds is still swift and is quicker than the 1.5-litre engine.

We like the idea of the MX-5 RF because it looks the part, and the metal folding roof makes the car much more refined and comfortable if you’re taking it on a longer journey. It doesn’t offer much in the way of practicality - the boot is almost half the size of some city cars - but no-one buys a Mazda MX-5 as a car to carry lots of luggage in. All MX-5s offer heated seats, cruise control, LED headlights and sat nav.

The latest Ford Fiesta is almost the complete package and rightfully takes its place at the top of the list of best-selling cars in the UK. It's fun to drive even in cheaper specifications, with a range of brisk and economical engines offering strong practicality for a small car. The interior has been completely redesigned over the previous generation, and it’s full of the essential equipment. It looks stylish inside with a large central touchscreen that is easy to use.

If you want an automatic gearbox, you’re limited to the 123bhp 1.0-litre EcoBoost engine, where 0-62mph takes 9.6 seconds, and fuel economy is rated at around 54mpg. We’d recommend sticking with the slick manual gearboxes if you can, as they’re cheaper and quicker, but the automatic gearbox isn’t bad and doesn’t detract from the Fiesta’s class-leading ability.