"A practical city car with inoffensive styling and a big boot, the Suzuki Celerio doesn’t set hearts racing, but may win them over with plenty of interior space crammed into its modest dimensions"

Suzuki is a marque that, in its native Japan at least, was very much built on tiny city cars, and the Celerio is the brand's smallest offering in the UK. It's designed more for common sense than style, and is a practical rival to the Vauxhall Viva and Renault Twingo.

Its impressively low price gives it an advatage against the two popular city car trios, too – the Skoda Citigo, SEAT Mii and Volkswagen up!, as well as the Toyota Aygo, Citroen C1 and Peugeot 108. Its chunky shape, though, gives the Celerio more interior space than many rivals, and it can challenge the Hyundai i10 and Kia Picanto for roominess. 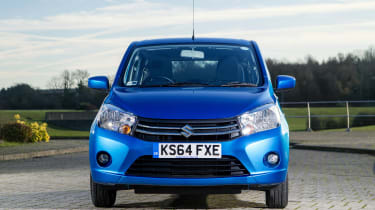 The range is made fairly simple by there only being two engines to choose from. The entry-level 1.0-litre petrol returns up to 65.7mpg, but there's also a more sophisticated – and more expensive – Dualjet version that can manage 78.5mpg. You can only choose a manual gearbox with the more fuel-efficient engine, but the basic 1.0-litre can be ordered as a manual or automatic.

There are three trim levels. The most basic SZ2 has a DAB digital radio and a split-folding rear seat, but only steel wheels with plastic covers. SZ3 is more generous, with highlights including air-conditioning, Bluetooth connectivity and alloy wheels. Top-spec SZ4 piles on the luxuries, although a sat nav is not among them.

Neither engine is especially powerful, so out of town on open roads, the Celerio can make hard work of things. However, in town – its natural habitat – it’s much more fun to drive and easy to manoeuvre thanks to its light but accurate steering.

The Suzuki Celerio scraped just three out of five stars in its Euro NCAP crash test – not an impressive result by the standards of its rivals, but UK models are fitted with a lot more safety equipment than the car Euro NCAP put through its paces. On the other hand, with its simple design and proven technology, reliability shouldn’t be an issue, and the brand finished 15th out of 27 marques covered in our 2017 Driver Power owner satisfaction survey.

All things considered, the Celerio adds up to a practical and capable city car. It may not be the most glamorous or fashionable machine out there, but it makes up for this with no-nonsense fitness-for purpose. 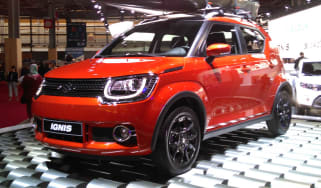 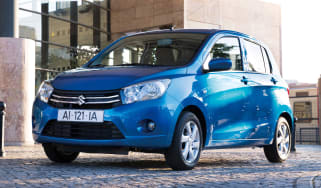