We explain how the current Vehicle Excise Duty system works, and what it means for UK motorists 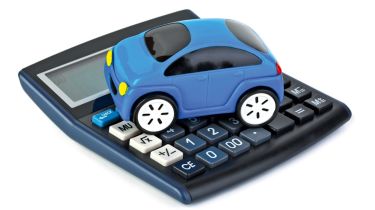 The rules for Vehicle Excise Duty (VED), which is also commonly known as 'car tax' or 'road tax, have undergone a number of revisions in recent years, with the UK Government implementing lower tax rates on zero and low-emission cars to encourage buyers to switch to cleaner models.

Several changes were made to the system again at the start of April 2020. The headline news was that the annual tax rate increased in line with inflation from £145 to £150 for standard petrol and diesel models.

For alternatively fuelled vehicles (AFVs), which covers both conventional hybrid cars like the Toyota Yaris alongside plug-in hybrids (PHEV) models such as the BMW 5 Series hybrid and Suzuki Across SUV, the yearly cost was increased from £135 to £140.

VED rates continue to be based on CO2 emissions but cars will be assessed on their WLTP (Worldwide Harmonised Light Vehicle Testing Procedure) results instead of those taken from the older NEDC test (New European Driving Cycle), which is considered to be less accurate.

Changes for April 2020 also mean that the tax surcharge on new cars costing more than £40,000 excludes zero-emissions models. It still applies to conventional petrol and diesel cars and is payable on qualifying cars from the second year of registration for five years.

For drivers of petrol and diesel cars registered between 1 April 2017 and 31 March 2020, the VED system remains unchanged, aside from a slight yearly increase linked to inflation.

If you're set on buying a new car soon, it's important that you know how much annual road tax you'll be required to pay. Business users, too, need to know about Benefit-in-Kind, or BiK. This is the figure used to calculate company-car tax and we've created a guide to how it works.

Read on to understand the current road-tax structure and what it means for you.

The current VED system is split into two main rates. The first rate applies to the first year the car is on the road and is calculated based on the car’s CO2 emissions figure. From the second year onwards, a flat rate applies. A small discount applies if you have an AFV e.g. a hybrid, and electric cars are exempt.

When you buy a new car, the first year of road tax will be included in the car’s on-the-road (OTR) price.. The first-year rates start from £0 for zero-emission cars and AFVs that emit less than 50g/km. The most polluting cars are hit the hardest, with those emitting 255g/km of CO2 or more costing £2,175 in the first year.

The majority of diesel cars now sit one band higher for the first year unless they meet the latest RDE2 emissions standards. There are currently only a handful of diesel cars on sale in the UK that meet these new standards. This means that a petrol hatchback that emits 105g/km of CO2 will cost £155 for the first year, whereas a diesel model with the same emissions figure will cost £175.

The RDE2 emissions standards have yet to be met by most manufacturers, as they don’t legally come into force until the 2020/21 year. Certain diesel models of the Jaguar E-Pace, Mercedes A-Class and Range Rover Evoque, however, have already been certified as ‘RDE2’ compliant.

Meanwhile, hybrids and cars running on bioethanol or LPG get an annual discount of £10.

Conventional petrol and diesel cars costing more than £40,000 are subject to a £325 additional supplement per year (up from £320 last year) the first five times they're taxed. The logic behind this is that people buying expensive cars are able to afford more in tax. The additional charge applies for the first five years, bringing the total annual cost to £475 for these cars. After the five year period ends, annual road tax is just the flat rate of £150 or £140 per year.

From April 2020 onwards, all electric cars costing more than £40,000 are exempt from the surcharge. The exemption has also been backdated to apply to all zero-emission cars registered from 1 April 2017 onwards, meaning that existing owners are no longer liable for the additional tax payment.

The table below shows the current bands, with corresponding CO2 emissions figures and the amount payable on initial registration (first year rate) and subsequently (standard rate).

How does the current VED structure affect you?

Vehicle Excise Duty rules are intended to favour buyers of less polluting cars. The latest structure gives buyers the biggest incentive yet to buy zero-emissions cars by making them the only ones that can possibly qualify for full VED exemption.

Check our list of the 10 best used cars that'll save you money if they were registered before 1 April 2017.

If your car has an engine less than 1,549cc in capacity, it’s liable for annual VED of £165. Larger engines attract a VED bill of £270. If you’re not worried about driving an older car, those with an engine smaller than 1.6 litres will be a lot less costly to run.

Meanwhile, if you have your sights set on an older car with more power, even exotic sports cars or big SUVs cost no more than £270 to tax if registered before 1 March 2001 – while an example of the same car registered after then could easily cost twice as much to tax.

Since 1 April 2017, all cars over 40 years old are considered to be historic vehicles and aren’t liable for VED.